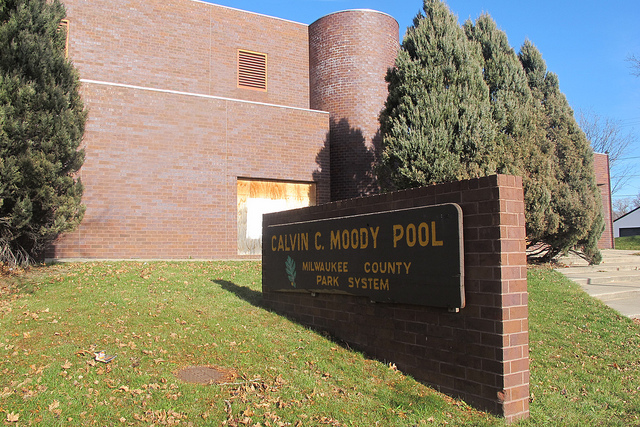 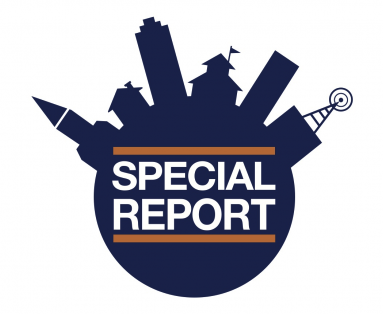 Boarded up since 2002, Moody Pool has since sat neglected, a barefaced example of urban decay. But the hulking, 54,000 square-foot, red brick building at 2200 W. Burleigh St. will be demolished soon.

The Milwaukee County Board voted in early November to uphold County Executive Chris Abele’s veto of a measure to allocate $2 million to begin renovating the indoor pool facility. As a result the structure and adjacent wading pool will be torn down and replaced by an outdoor splash pad, 3,000 square-foot community building, small playground, lit parkways, basketball courts, community gardens and other amenities. Abele cited the high cost of the renovation project as the reason for his veto.

“We have a serious fiscal situation here that doesn’t give us the luxury to overspend for any of the many departments or divisions we have,” Abele said. He added that his main goal is to eliminate a county deficit created by what he called bad fiscal decisions.

“What matters to me most isn’t just the people who talked to the supervisor about one pool at one park; it’s the million across the county that I promised to balance the budget,” Abele said.

County Supervisor David Bowen, who represents the area where the pool is located, is dismayed with the decision.

“I think the neighborhood has been neglected for a long time by the county; it would’ve been a great gesture to bring the pool back,” Bowen said. 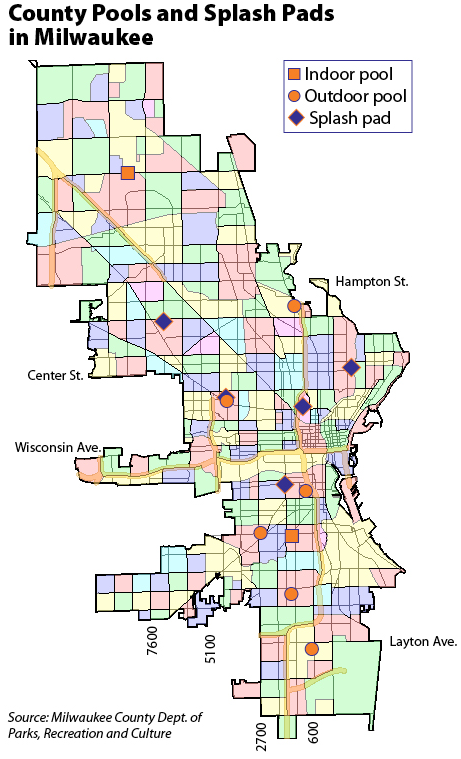 When the Moody Pool is demolished, only three swimming pools will be left on the North Side of the city: near the border of Whitefish Bay, in Washington Park and on the far northwest side. There are five swimming pools on the city’s South Side.

The saga of Moody Pool, a Milwaukee County facility, includes years of delays and unfulfilled promises.

Between 2002 and 2010, no plans were made for the pool and building, as they steadily deteriorated. In 2010, the County Board issued about $5 million in bonds to fully restore Moody Pool, overriding a veto by then-County Executive Scott Walker. When the plan came back to the table in October 2012, county supervisors, in a 10-8 vote, once again approved the pool’s restoration, with a price tag of more than $8 million.

Abele vetoed the measure along with 22 other County Board allocations in late October. The board overrode all but five vetoes. Abele’s veto of the Moody Pool restoration plan stood. The new plan to build a community center, splash pool, basketball courts and parkways will cost slightly more than $2 million to complete. The remaining $3 million in bond proceeds will be used to improve Lindberg, Johnsons, and other north side parks.

Supporters of the current plan said a restored Moody Pool probably would have met the same fate as the original pool. Despite being newer than most county pools, Moody was one of seven recommended for closure as part of the 2001 Milwaukee County Department of Parks’ aquatics master plan. The goal was to save money by eliminating low usage, high maintenance pools.

Five of the seven pools were eventually closed. One, the Lincoln Park Pool, was replaced by the $8.4 million David F. Schulz Aquatic Center, 1301 W. Hampton Ave., in 2009. After Moody closed, parts from the pool were cannibalized for use in some of the county’s remaining pools. 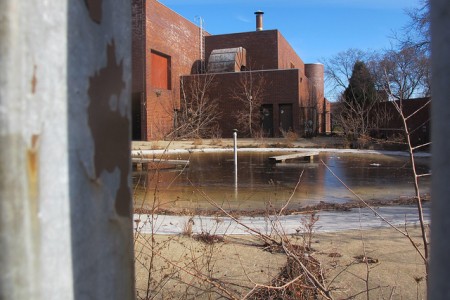 The wading pool adjacent to the building is full of brown murky water and shows various other signs of neglect. (Photo by Edgar Mendez)

When the County Board approved the plan to rebuild the pool in 2010, then-County Supervisor Willie Johnson Jr. was thrilled. He’d worked for years pushing the county to do something with the site, which by then had become rife with trash, drug activity and violence.

Neighborhood residents who had gathered several times before the vote preferred a complete restoration of the pool, though some supported the current plan, according to Johnson. Restoration work was to begin in 2011, but the year passed and nothing happened.

According to Johnson the inaction was harmful to the neighborhood.

“(The county) could have torn the building down five years ago or started working to restore it rather than just letting it sit,” Johnson said.

According to James Keegan, interim parks director for Milwaukee County, nothing happened after the 2010 allocation because the original estimate of $5 million to renovate the structure was flawed. In addition, consultants found that yearly maintenance fees would run more than $300,000, though Keegan acknowledged that yearly maintenance at other county pools is about the same amount.

Bowen said it’s unfair to provide resources to certain parts of the county and not the rest. “Maybe no pool should be supported,” he said.

“It has nothing to do with whether it’s in the inner city or Hales Corners; pools are an expensive proposition for the county and you want them to net … as close to positive income as possible,” Abele said. He pointed out that the degree of use was another factor that doomed Moody Pool. 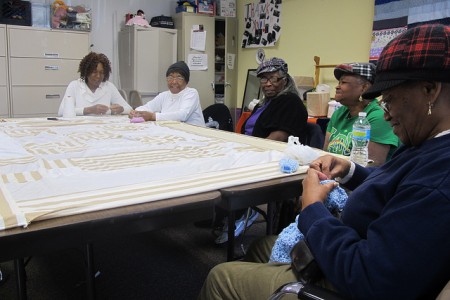 Members of COA Goldin Center’s 50 and up group are glad something’s finally being done with Moody Pool. (Photo by Edgar Mendez)

“Pools continue to exist in areas where there’s a more solid middle-class population but our residents are not as affluent as the people in these other neighborhoods,” Johnson said.

Keegan surmised that a new pool would have run into the same problem of low attendance that plagued Moody before. “A year before it closed, the community was asked to come out and support the pool or it would be closed, and it didn’t happen,” Keegan said.

He added that the current plan is much better for the community because it offers more than just a pool. “It offers a wide array of outdoor activities that residents can congregate around,” Keegan said.

Tom Schneider, executive director of COA Goldin Center, 2320 W. Burleigh St., located just west of the pool, also favors the current plan. “The other plan was to renovate the pool and do nothing to the rest of the park,” Schneider said. COA Goldin Center offers a wide variety of programming for youth, adults and seniors, including sports in the three full-sized gyms on the premises.

In a letter to Abele and the County Board, Schneider wrote about the “good old days,” when Moody Pool was a great place to swim, but added that times had changed and the pool’s time had passed.

He also wrote, ”Those who would like a pool are promoting this with the best of intentions, but good intentions and wonderful promises are not the same as delivering something tangible for the community.”

Johnson said that a new pool would have been something tangible for the community — especially for older people who had looked forward to soothing sore muscles and staying in shape at the pool.

Georgiana Peterson, who’s lived in the neighborhood for more than 40 years and is part of the Goldin Center’s 50 and Up group, is fine with the decision to tear down the pool.  “We’re just glad to see something finally happen; the area was being wasted,” she said.

Peterson and another member of the senior group said their boys used to swim at the pool but stopped years before it closed due to safety concerns.

Eddie McCallum, who’s lived in the area since 1968, is also glad something is being done in the park but feels that tearing down a building that once held so much potential is counter productive and seems like a waste.

“It’s real bad that they let it go to what it is now when it could have been so much more,” McCallum said.

Correction, Dec. 4, 2012: The original version of this article misstated the number of county swimming pools on the South Side of the city. There are five, not six.