You are here: Home / Home / Carousel / Walnut Way vows to rebuild after fire
Share this... 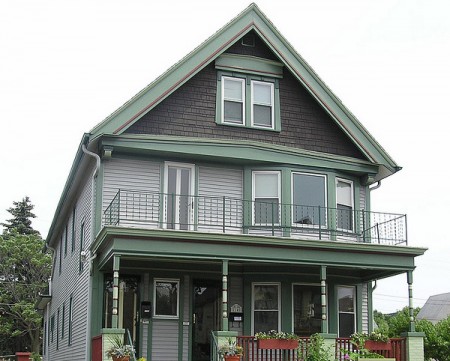 A fire started in the attic of the Walnut Way Conservation Corp. headquarters

Walnut Way Conservation Corp. is planning to rebuild after suffering a significant fire at its community center and offices on Friday.

No one was hurt in the fire, but the building, located at 2240 N. 17th St., will be closed for an indeterminate amount of time.

Director of Programs Sharon Adams was the only one in the building when the fire began. Adams discovered the fire after a peculiar smell began to fill the building. When she investigated the attic, she saw a flash and exited the building, according to the Milwaukee Fire Department’s report.

MFD investigators concluded the fire was accidental. The cause has not yet been determined, but an electrical box had heavy fire damage.

The building suffered both fire and smoke damage to the second floor and attic walls, according to MFD records. The fire also charred two air conditioning units.

Despite the damage, Walnut Way is determined to move forward, according to Adams. Its Harvest Day event on Saturday, Oct. 5 will proceed as planned.

“We will rebuild and build stronger,” Adams said. 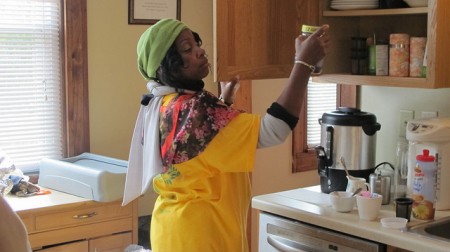 Walnut Way staff met for the first time after the fire on Wednesday. Center personnel are working from a temporary office nearby.

“It’s a lot of hard work to rebuild,” said Adams.

Walnut Way is a nonprofit neighborhood organization founded in 2000 under the leadership of Sharon and Larry Adams. The damaged building was constructed in 1910, and at one point had been a drug house. The organization decided to restore the building, which had been slated for demolition.

The center sponsors a wide variety of community activities, ranging from providing educational opportunities for local youth to selling honey from its own hives and providing produce to Fondy Food Market.

Walnut Way is the lead agency in Lindsay Heights for the Zilber Neighborhood Initiative. It was one of two pilot neighborhoods chosen by the Zilber Family Foundation for grants to improve the quality of life for residents.