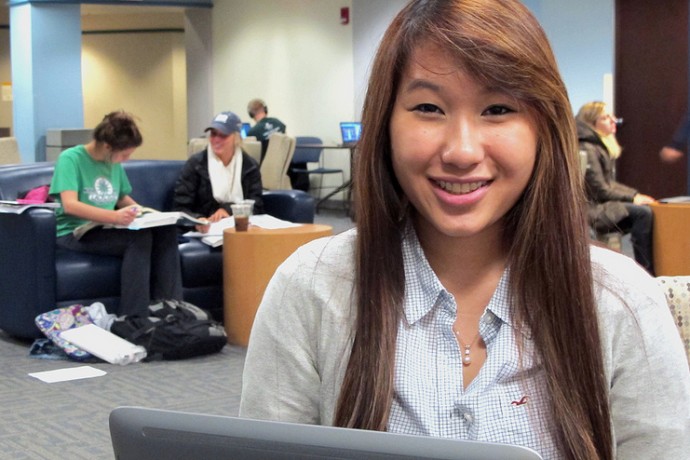 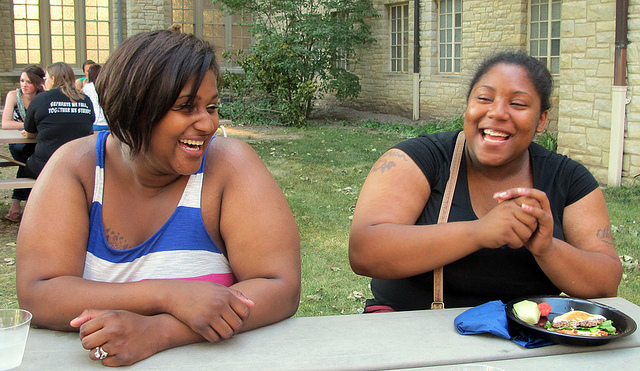 College Possible freshmen move in to their futures

After a summer of academic preparation, four students featured in a yearlong NNS series make the transition to college.

[Read an introduction to these young people]

Milwaukee Neighborhood News Service checked in recently with four students it has been following since last spring. Near the end of their first semester in college, they reflected on their freshman experience so far.

For Pa Nou Xiong, a freshman at Marquette University, the biggest challenge of her first semester of college has been managing her time and disciplining herself to study.

Xiong commutes to Marquette from home so that she can save money for summer school tuition. Living with an extended family that includes younger cousins, Xiong says she is needed at home to help with childcare. She worries she is not studying as much as she should be because of family activities. Commuting by bus also takes time away from schoolwork.

Xiong said she was disappointed with her midterm grades, which she said were “passing but not As.” Rather than seeking help from her College Possible coach, Xiong would rather address this herself. “I’m treating this first semester as a trial- and-error period and a time to learn about myself,” she said.

Xiong is considering moving to campus housing next semester if she is awarded a grant she is seeking.

The best part of starting college has been “deciding what to take on my own and just making my [own] decisions,” Xiong said. Though she may make mistakes, she is confident she will learn from them, she added.

Xiong, Darneisha Virginia , Nury Plascencia and Peter Khanthavong were among 150 high school seniors from seven Milwaukee Public Schools who participated in College Possible’s two-year college preparatory program while they were in high school. The program provides students from low-income families with coaching and support to get into college and earn a degree. College Possible coaches check in with students regularly during their freshman year to help with problems and connect them to campus resources. 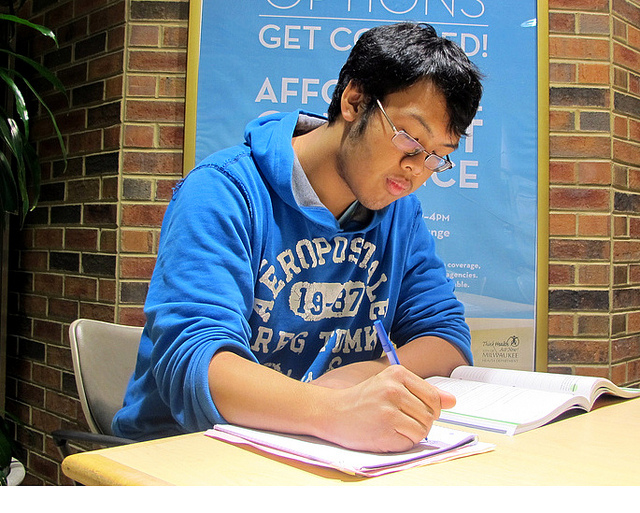 Khanthavong, who lives in a UWM dorm, also said time management and procrastination are the most difficult issues he’s struggled with this term.

“The best thing about college is having lots and lots of time; that’s also the worst thing,” Khanthavong said.

With grades ranging “from low Bs to high Cs,” Khanthavong said his courses are about as difficult as he expected them to be.

He has spent alternate weekends at home helping his widowed mother care for a developmentally disabled son. Khanthavong is considering saving the money he spends on housing by moving back to his mother’s house and commuting.

Plascencia and Virginia also have had time challenges at Mount Mary University.

Plascencia said it has been difficult fitting in the 300 service hours required by her Caroline Scholarship with schoolwork and visits home. “I’m seeing my family more than I should be,” she said. Nevertheless, she is earning As and Bs.

Her weekly eight hours working with homeless children at the Community Advocates’ Milwaukee Women’s Center energize her, and has helped her become aware of her interest in fighting for the rights of oppressed people, she said. Despite the time pressure that comes with this work, she plans to add eight hours a week volunteering at Voces de la Frontera next semester.

“The most fun things are living on my own, making my own decisions and being involved in campus activities,” Plascencia said.

Virginia said she too has had a hard time “staying on top of everything.” She spends 16-25 hours working in a nursing home and about 24 hours each week at two on-campus jobs. Though she is busy and tired, she is passing all of her courses, she said.

Academically, the students’ courses have mostly reinforced their thoughts about majors. 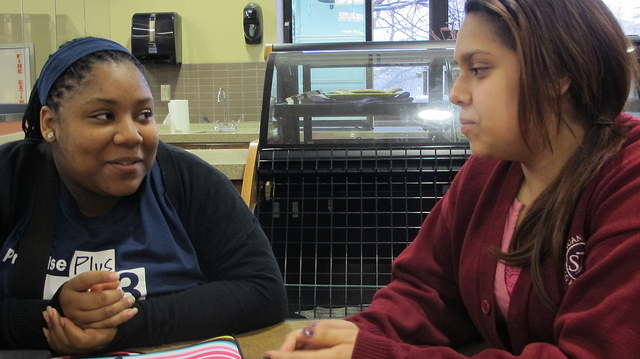 Plascencia is the exception. Initially intending to pursue a major in interior design, she found those courses bored her, while her finance and business classes excited her. She dropped two design-related courses and now plans to major in business. She thinks she may want to go to law school someday, she said.

Khanthavong entered UWM with the intention of majoring in computer science but had to take a math requirement before registering for computer courses. He is excited to be taking his first computer-programming course next semester.

Xiong and Virginia both said they are still inclined to continue plans to pursue careers as a physician assistant and social worker, respectively.

Xiong said she has not made as many friends as she would like. She wonders if that is because she is shy.  She said she did not expect to have to leave campus early enough in the day to get home before dark. The Educational Opportunity Program through which she entered Marquette offers social opportunities, but events are generally held at night after Xiong has left campus.

Virginia spends her weekends visiting her grandmother, who lives five minutes away, and her older sister, she said. “Socially, I have my group of people I talk to” but her work schedule keeps her busy during the week and every other weekend. She is looking forward to joining a campus choir next semester.

Khanthavong has made friends through UWM’s Student Support Services Program (SSS) for low-income, first-generation and disabled students. He spends most of his non-class time in space SSS offers students for studying and hanging out with friends. Similarly, Plascencia has found most of her friends through the Caroline Scholars program.

All four students are looking forward to the end of final exams and a chance to rest and recharge during semester break.