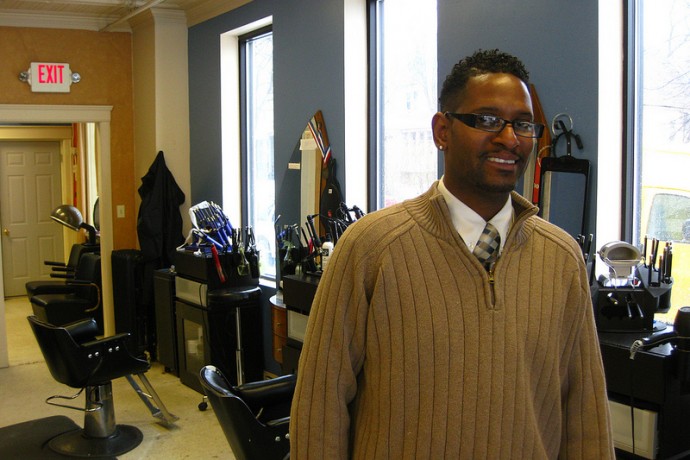 Entrepreneurs such as Raymond Wilder of KRS Hair Studio will be the focus of a new revolving loan fund. (Photo by Rick Brown)

For small businesses such as Clean Tec, a loan can make the difference between adding employees or losing accounts.

In 2013, the black-owned cleaning enterprise acquired a new account, but owner Charles Carter feared he might not have the operating funds or employees necessary to service the new client. A business loan from the Wisconsin Women’s Business Initiative Corporation (WWBIC) allowed him to keep the account and hire two new employees.

“It was huge,” Carter said. “If I hadn’t received that loan, I simply wouldn’t have been able to do it.”

Entrepreneurs such as Carter will be the target of an upcoming revolving loan fund run by the African American Chamber of Commerce (AACOC) and the Wisconsin Economic Development Corporation (WEDC).

The program will begin accepting applications in the near future, according to Dr. Eve Hall, AACOC president and CEO.

“Access to capital continues to be an issue for small businesses, whether African American or otherwise,” Hall said. “This fund allows us to support them.” 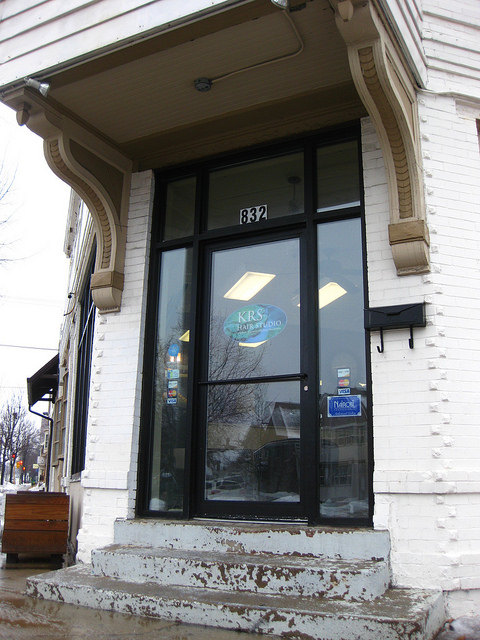 Anyone will be able to apply to the new loan program, which WEDC hopes will help foster black entrepreneurship, according to Mark Maley, WEDC public information manager.

“Minority businesses sometimes have a tough time getting loans, and we wanted to work with the chamber to make sure that this money gets to businesses that need it,” Maley said.

Such businesses may include those that lack the collateral or credit necessary for traditional bank loans. The AACOC will have “more latitude” than traditional lenders in working with financially high-risk entrepreneurs to support their businesses, according to Hall.

“If they’re high-risk but otherwise very good candidates and need support, we can be that one step to help them become ‘loan ready’ for a traditional bank,” Hall said.

The program will support entrepreneurs in five areas: operating capital, machinery and equipment, staff financing, building renovations and bonding assistance, according to Hall.

WEDC provided $100,000 in seed money for the AACOC’s program, which the AACOC matched with funds from the Milwaukee Economic Development Corporation, Associated Bank and Wisconsin Business Development.

The fund is part of a continuing initiative by WEDC “to make capital accessible to underserved communities” through grants to agencies serving businesses owned by minorities, women and veterans, according to Seyoum Mengesha, minority business development manager.

The AACOC’s fund is a helpful “addition to the landscape” of aid for entrepreneurs, said Wendy Baumann, president and chief visionary officer of WWBIC, a statewide nonprofit that provided $4.8 million in loans to business owners in 2013, according to an impact statement.

Baumann said that access to capital is an ongoing struggle for African American and other entrepreneurs, especially those in start-up and early-phase businesses.

Carter agreed. Since he started Clean Tec, 2821 N. 4th St., in 2010 with help from friends and family, Carter has grown the business from two accounts to 15 with services ranging from office cleaning to snow removal. The company’s employees have gained more experience, and its marketing has grown more strategic, Carter said.

But a lack of funding to purchase equipment and hire employees still limits its scale.

“I’ve missed out on accounts in the past due to not having sufficient funds,” Carter said. “We want to go for some of the bigger accounts, but we can’t until we get the funding.”

Such growth is critical to all entrepreneurs, according to Raymond Wilder, owner of KRS Hair Studio, 832 E. Locust St. A black-owned family business, KRS offers natural hair and skin care, waxing and other services.

Though Wilder started his spa with his own money in 2005, he and his wife, Kimberly, turned to a loan from WWBIC to help expand their business in 2013. The Wilders are now putting the money toward equipment, awnings and signage to “freshen up and pump up the business.”

In addition to buying a new microdermabrasion machine for skin care and other equipment, Wilder will soon install three new hair stations in KRS, which he estimates will bring in approximately $20,000 in revenue a year.

The loan wasn’t critical to the survival of KRS, Wilder said, but it played an important role in the spa’s continuing strategy of expansion.

Hall hopes to attract a wide variety of entrepreneurs to the AACOC’s fund, which she said will benefit all communities in Milwaukee.

“Strong businesses contribute to our tax base,” Hall said. “Everyone wins when we have them, and especially businesses of color, which tend to hire other minorities.”