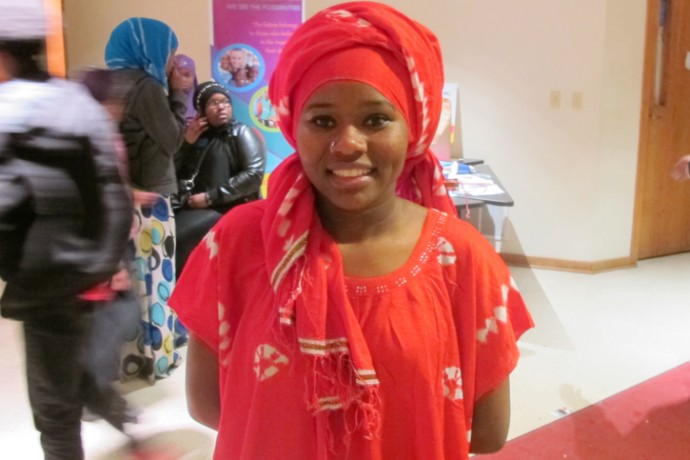 Sahara Aden swayed and pirouetted in her bright red traditional dress, enacting a spiritual dance of her Somali Bantu people.

The dance was Somali, but the venue was Milwaukee’s Washington Park.

Having traveled thousands of miles from a Kenyan refugee camp to build a new life in Milwaukee, Sahara was one of several presenters representing their culture and building community networks at a recent Multicultural Exploration Night at the Our Next Generation (ONG) center.

Approximately 50 residents and visitors attended the event, a collaboration between Washington Park Partners (WPP) and ONG to spotlight the cultures of the neighborhood’s diverse communities.

Somali and Hmong presenters danced and spoke of their national history at the event, which also included a local history presentation and urban line dance.

Such gatherings play a key role in uniting and assisting families, especially those from first-generation immigrant families, according to Bob Dunn, ONG president and CEO. 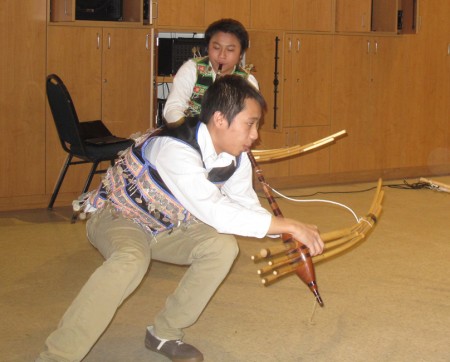 “It’s an important part of community building to have these activities,” Dunn said. “You can’t get that in a lecture.”

That is particularly important in a multicultural community, Dunn added. Washington Park has always been diverse, according to local resident and business owner Dave Boucher, who gave a neighborhood history presentation.

“We’ve been doing the dance of blending cultures and ethnicities all these years,” Boucher said, adding that Washington Park residents probably speak five or more languages.

At least three of those languages were represented at Our Next Generation, 3421 W. Lisbon Ave., which provides tutoring, academic enrichment, career planning and other services to area children.

Sahara, a junior at St. Joan Antida High School and a participant and volunteer at ONG, organized students to dance and presented a brief history of the Somali Bantu people.

Born in Kenya to Somali parents, Sahara traveled to the United States in 2003. Now an aspiring electrical engineer, she has been accepted to the Milwaukee School of Engineering and plans to attend after graduating from high school next year.

Sahara presented to build stronger networks in her community, which is “very separated,” she said.

“Our people are scattered about in the United States and don’t have a strong bond with each other,” Sahara noted. “Our history and culture aren’t often shown.”

Somali children often are afraid to explore new educational and social opportunities because of cultural and language issues, she added.

“Many have spent their earlier years in refugee camps, and that exposure has a profound impact,” Dunn said, adding that many children at ONG have experienced violence.

Activities such as the multicultural exhibition help children gain a shared sense of community. Building confidence is particularly critical for first-generation children, according to Dunn.

Sahara agreed. “‘The sky is the limit,’ I tell children,” she said. “But fear can take away [their] opportunities to excel.”

Abdi Abu, 17, is a Somali Bantu who journeyed to the United States in 2004. Abdi came to “pay respect to the culture.”

It was difficult to adjust to Milwaukee, Abdi said, adding that he didn’t speak English when he first arrived. Now a student at Clara Mohammed School, Abdi receives help from ONG with academics and English. Language assistance has been particularly important, he noted.

“My family speaks half-English,” Abdi said. “I go home and teach them what I’ve learned.”

Abdi now hopes to go to college and “achieve great things” with the help of ONG, adding that he is considering attending Marquette University.