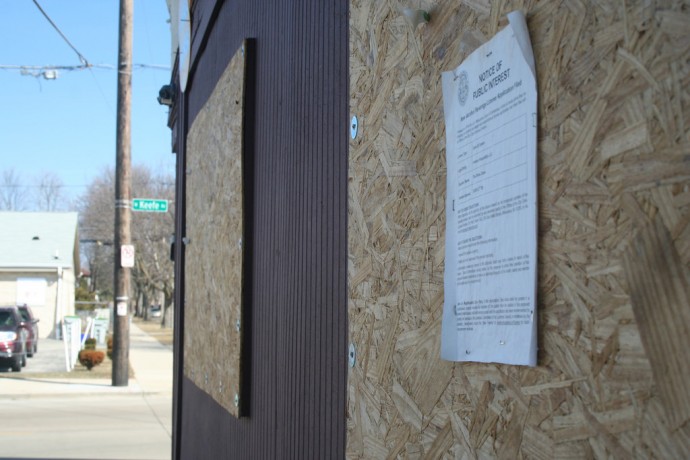 True Love Missionary Baptist Church is located across the street from the proposed tavern at 3478 N. 2nd St. in Harambee. (Photo by Jabril Faraj)

The building, on the southeast corner of Keefe Avenue and 2nd Street, previously housed Club 2C and has been the site of a number of neighborhood disturbances, including altercations and weapons, as recently as September.

The license application by Parkers Hospitality LLC was opposed by residents and community organizations including Heartlove Place, Riverworks Development Corporation and the Harambee Great Neighborhood Initiative.

Chris Grandt, director of neighborhood development at Riverworks and a neighborhood resident, said his organization’s opposition isn’t new. “We’ve been battling this tavern, this location, for years.” 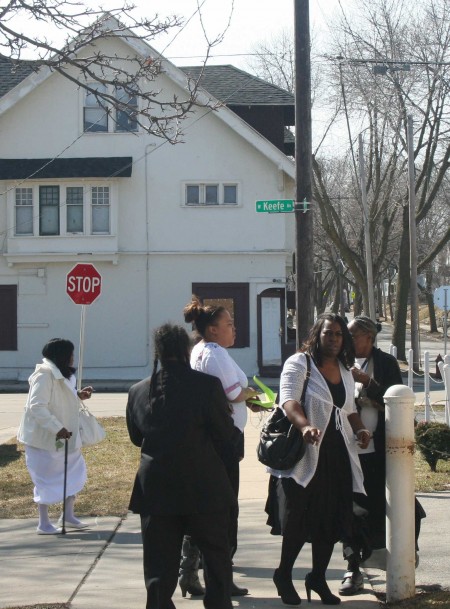 However, Grandt was quick to clarify that the issue wasn’t simply the nature of the establishment. “We’re not against bars,” he said. “We’ve never been against The Fox [Nite Club on Keefe] and we’ve supported Ret Lounge on Holton Street. Wisconsin has a long history of tavern culture and that’s OK.”

Ruth Wilson, who lives adjacent to the building, expressed skepticism before the hearing that anything would change with new ownership. “I’m quite sure it’s going to be the same thing, once the summer gets here,” she said.

Parker said she understands the community’s apprehension. “The way the previous owner had it, you know, I understand the concerns… I’m willing to work with the community as much as possible to make sure everything is safe.”

Before the hearing, Parker said if she had known how strong the community response would be, the partners might not have pursued the 2nd Street location, which was attractive because of the affordable rent.  “I feel any establishment, no matter where the location, as long as it’s managed right, can be successful, she added.

Quinn McCullar, a member of True Love Baptist, said he believes that for a business to succeed at that location, it would take the right person as well as involvement and support from the community. “You can’t just put everything that happened with the other business owners on somebody else who’s coming in new; all you can do is just give them a chance.”

Grandt also didn’t dismiss the possibility of the location turning around but he said the community needs time. “All we know is there’s been a long history of nuisance activity… We need a break from it,” he said. “Maybe someone comes by in two years or something.”

What would it take for the location to be a positive influence in the community? David Bramlett, principal of the Hope School, said residents would need a concrete proposal. “It would take very detailed plans; very clear, detailed plans about how it can be a positive place. I think that’s what community members are looking for.”