You are here: Home / Community Voices / Why Milwaukee is not Ferguson
Share this... 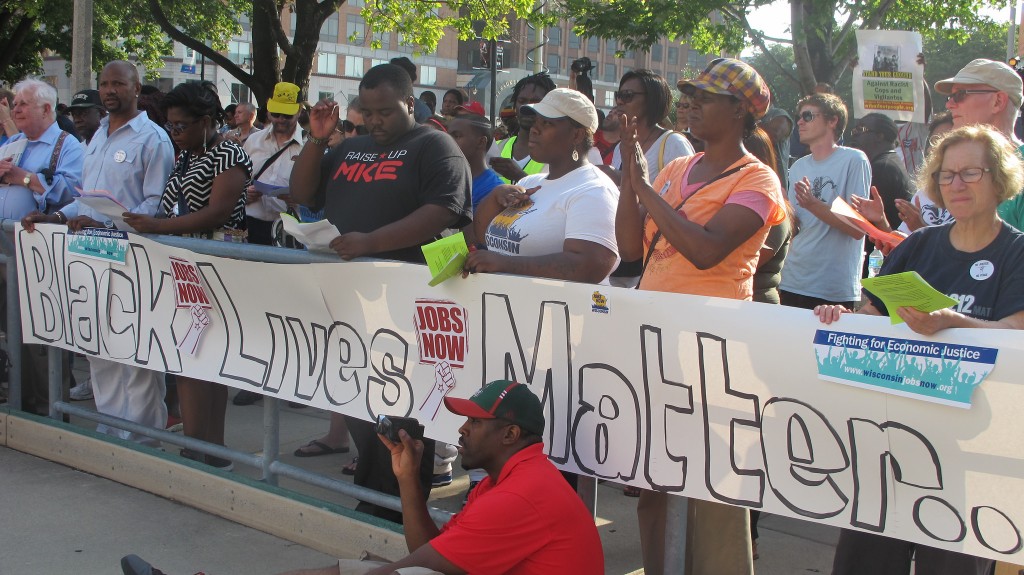 #1 – The Nonprofit Community
Milwaukee may have too many nonprofits and programs; however, they are addressing a need. City Youth Development, Social Development Commission, Running Rebels, Urban Underground, Neighborhood House, City of Milwaukee Earn and Learn, Ald. Hamilton’s “Let’s Be The Change” — and the list goes on of very diverse programming that engages youth.

If you have ever had the opportunity to have a one-on-one with the chief, I believe you will be struck by one in particular characteristic: the chief is real. He understands the reality of crime, racism and urban life. In fact, he understands it better than most Wisconsinites.

Having cops who care and have the experience of working, living and understanding both minority and urban communities is really important.

Milwaukee, working with local and national developers, has been really good at spreading, diversifying and supporting populations. Although we have segregation, we do not have high-rise, high-density apartment buildings like Cabrini Green was in Chicago. The multi-million dollar Housing Authority of the City of Milwaukee project in Westlawn is a good example.

It’s not an option for Milwaukee’s young black community to riot and loot. To say that it could not happen would not be accurate; however, there have been many opportunities and such behavior was not the outcome.

Here are some reasons that Milwaukee could become Ferguson.

I like some of the people who are declaring and exploring a mayoral candidacy. However, some seem to be politically deaf when it comes to youth, in particular black youth.

#2 – Militarization of the Police

This is an issue across the country and specifically in minority communities.

#3 – Removal of the Residency Requirement

Less diversity, less experienced cops and a lack of understanding of the urban dynamic continues to destroy what little trust there is between communities of color and the police force.

#4 – Hyper-segregation in Our Communities

People who live together understand each other better. As we continue to see more hyper-segregation in Milwaukee people do not have the opportunity to understand, work and depend on each other. It is these factors that make a city such a dynamic place to live.

We need outlets for youth. Funding and supporting youth programming is important and provides an outlet for their energy.

Media has and will highlight any and all negative aspects of minority communities while flagrantly ignoring the good stories, people and organizations that make this community very special.

We need more black parents heavily involved in their child’s life. Engaging their children at school, in community and in extra-curricular activities is so important.