You are here: Home / Home / Carousel / Habitat for Humanity seeks donations to rebuild renovated home damaged by fire
Share this... 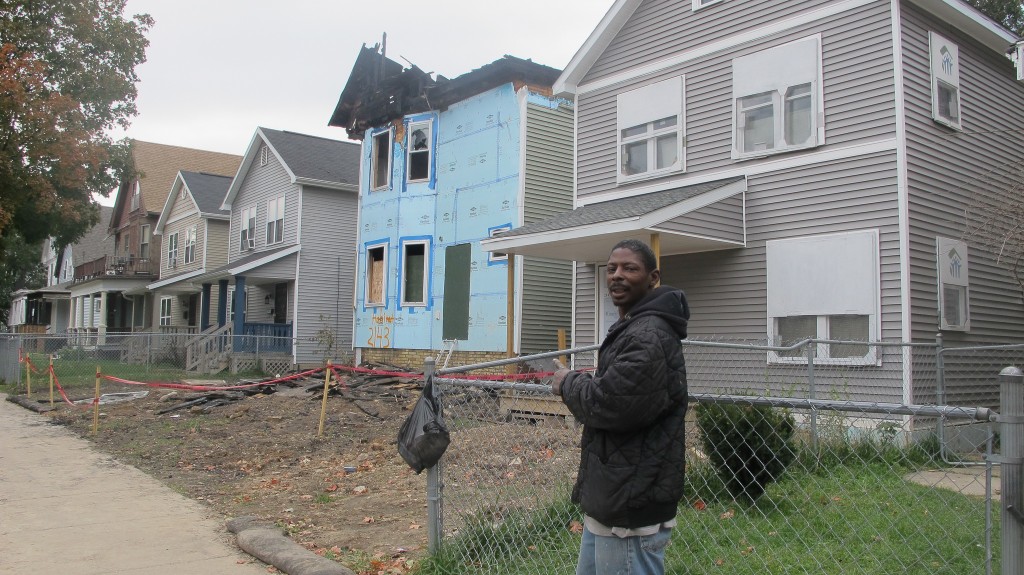 Harvey Johnson, a retired construction worker, is optimistic that the fire will not set back revitalization of the Washington Park neighborhood. (Photo by Molly Rippinger)

The fire broke out near the rear of the Habitat for Humanity home located on the 2100 block of N. 38th Street. The building is being assessed to see if demolition will be necessary. No injuries were reported. 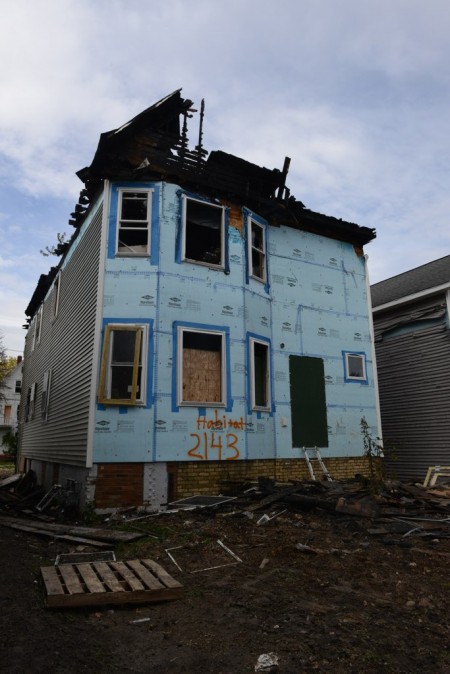 According to initial reports, the fire was sparked by flames from a car parked near the rear of the house. (Photo by Sue Vliet)

Sonderman explained that a car parked feet away from the house was the source of the fire. No suspects have been identified in relation to the incident and the investigation is ongoing.

According to Sonderman, the family of two adults and five children, all under the age of 9, are shocked by what has happened. The home was one of only a few rehab projects large enough to accommodate the needs of the seven-person family. Sonderman said that they will continue to reside in their current rental for the time being.

The family had originally hoped to move into their new home in time for the holidays.

“For us and the family, it’s a lot of sweat equity wasted,” said Sonderman. Habitat for Humanity crews had been remodeling the home for more than 10 months before the fire.

“It’s sad,” said Harvey Johnson, a retired construction worker who was visiting a resident on the block of the burned house. “We want to see the neighborhood come back. You can’t give up hope because of one ignorant person’s actions.”

The fire did not cause severe damage to the neighboring homes, both of which are Habitat for Humanity rehab projects. The finished house to the south of the fire was unscathed, while the home to the north, which is still under construction, will only require repairs to the siding and roof.

Habitat for Humanity launched a five-year, neighborhood revitalization effort in Washington Park during the spring of 2013. The initiative aims to build 150 new homes and offers zero interest, partially forgivable loans of up to $15,000 to assist with home repairs.

Contributions to help rebuild the damaged home can be donated online at www.milwaukeehabitat.org, or by contacting Karen Von Rueden, director of development and marketing, at (414) 562-6100, ext. 5609.