You are here: Home / Home / Carousel / Borchert Field lawyer mediates for a peaceful community
Share this... 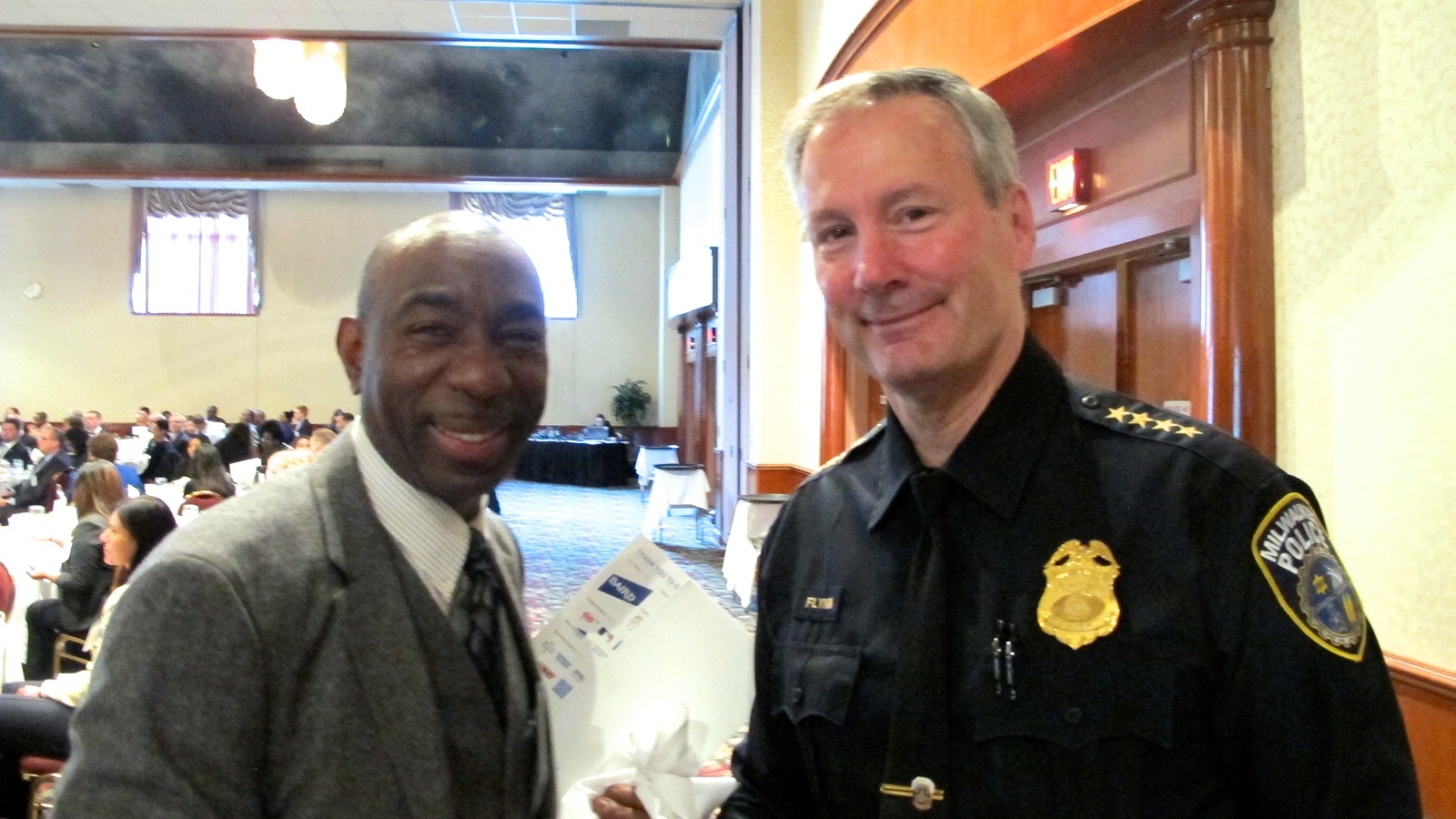 Charles Robinson remembers finding himself in the middle of the action whenever fights erupted on the school playground at the Fifth Street School.

“Every time we would go to the office and the stories came out, (it would turn out that) I had never started the fight but I was always intervening,” Robinson recalls.

Seeming to recognize his natural inclination toward peacemaking, Robinson’s fifth-grade teacher made him the captain of the school’s “crossing guard cadets.” The position conferred some playground management duties as well as immunity from trips to the principal’s office, he noted.

“I didn’t like bullies. I was taking up for my friends who were victims of bullying,” Robinson said.

Now 66, Robinson lives in the neighborhood where he grew up, in the house his grandparents owned. A “semi-retired” lawyer and father of four adult children, he remains active as an adjunct professor, cyclist, tennis player, mediator and community builder. Friends and associates agree that, in addition to energy and resilience, he has a strong sense of justice and works passionately for neighborhood improvement. Among his volunteer efforts are stints as civic engagement coordinator for the NAACP and secretary of his neighborhood association, Borchert Field C.A.R.E.S. He currently serves on the Milwaukee Homicide Review Commission and the Milwaukee Police Use of Force Sub-Committee. 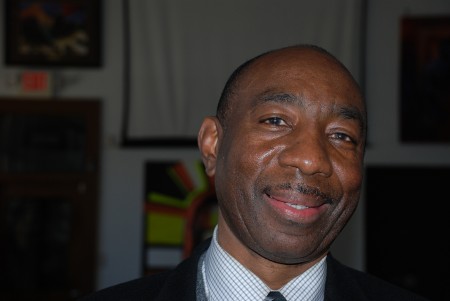 Charles Robinson meets with NNS at Coffee Makes You Black in May 2012. (Photo by Andrea Waxman)

In addition, he teaches courses in law, criminal justice and dispute resolution, among other subjects, at Springfield College School of Human Services, 744 N. 4th St.

Robinson also is helping to design and facilitate “peace circles” that bring community youth together with representatives of the Milwaukee Police Department. An initiative of Safe & Sound, the program ran two peace circles last year. The organization is now working to expand the program.

He understands how to frame important questions, how to follow up in a way that allows the circle “to move forward organically,” and how to elicit genuine responses from all participants.

“You’re trying to tell people you’re not coming with a script or a prepared presentation. You’re just showing up with your real genuine self. So you need someone who can make (participants) feel safe and able to open up. Charles was really important to doing that,” Balentine said.

Robinson is not afraid of confronting bullies or stepping into trouble to do the right thing. After graduating from the University of Wisconsin Law School, he returned to the neighborhood and, like his grandparents had done, took a leadership role as block club captain. Remembering the safe, close-knit community of his youth, he worked against the decline that came on the heels of factory closings and job losses in the late 1980s. In the ‘90s, he was often threatened by local criminals for working with the police, he said.

Denise Wooten, Robinson’s neighbor and a successor as block club chair, recalled that he once asked for her help in ministering to a battered woman he had happened upon. “He put himself in harm’s way to get her into his car so that he could bring her to me and I could help her,” Wooten said. “He was very brave stepping into the melee and intervening on her behalf.”

A believer in the power of positive thinking, Robinson projects a quiet drive to make the world better.

In the course of his legal career, Robinson gravitated to mediation. Mediators are impartial negotiators trained to guide people involved in disputes, such as employment or child custody cases, to reach mutually acceptable resolutions. 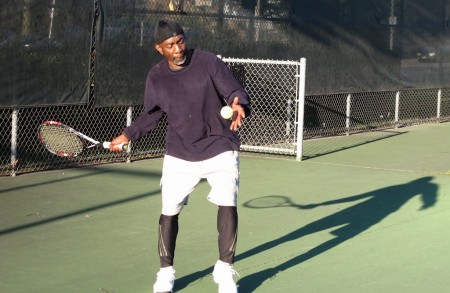 Robinson and friends meet for a cookout and afternoon of tennis at Wick Field in early September. (Photo by Andrea Waxman)

He first worked on labor and equal rights issues. In the mid-1980s, he expanded into formal mediation work as a volunteer at the Milwaukee Mediation Center. He got further training, he said, when he worked for the Rock County Mediation and Family Court Services in Janesville. The training budget there allowed Robinson to travel around the U.S. to workshops and conventions that were attended by people from all over the world. He was often the only African-American male at these meetings, he said.

Robinson also worked as an independent mediator for the Milwaukee branches of the Equal Employment Opportunity Commission (EEOC), the United States Postal Service and, for more than 25 years, the Milwaukee County Family Court. He still works as a mediator for Resolute Systems, LLC.

In his spare time, “Charles is into physical fitness,” said Paul Kinsley, a retired community organizer and MPS reading teacher. “He plays tennis and rides his bike and works out. He’s on the go.”

He played quarterback on the Rufus King High School football team, and then on the freshman team at UW-Whitewater. Later he was a wide receiver on the varsity team, which was undefeated in 1969.

In the evenings, Robinson sometimes plays tennis on the courts at Wick Field. Tennis coach Bob Rush and Robinson have been doubles partners for the last two years. “We won a couple of tournaments this past season for the senior open,” Rush said.

He also plays tennis with Kinsley and a group of friends most Monday, Wednesday and Friday mornings. Tennis is followed by breakfast at Michael’s Family Restaurant on West Wisconsin Avenue where they eat, socialize and, the group says, “solve the world’s problems.”

For Robinson, that means turning conflict into an opportunity to move forward. He said he would like to help more people understand that potential, possibly by writing a book on the subject.

By all accounts, the pursuit of justice is a core value for Robinson. “If Charles sees injustice, he tries to make it right. I like that about him,” said Safe & Sound organizer Talibah Mateen, who met Robinson when she was working as an outreach coordinator in his neighborhood five years ago.

When people need help, they will call Robinson, according to Mateen. “He’s about community and building neighborhood capacity. Even on the block he will get involved in mediation. I’ve seen him at the block club meetings, seeing both sides and trying to bring both sides to the middle of the road.”