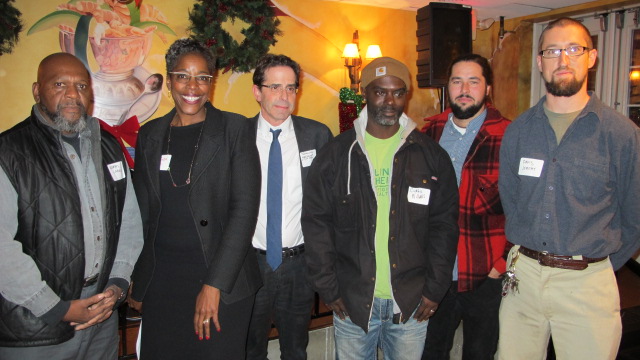 Fifteen local organizations are celebrating the announcement Wednesday that they are finalists in the MANDI (Milwaukee Awards for Neighborhood Development Innovation) competition.

Sponsored by U.S. Bank, in partnership with LISC Milwaukee, the MANDIs recognize individuals, organizations, and corporations who are improving conditions in Milwaukee’s central city neighborhoods. About 100 community leaders gathered at Botana’s Restaurant, 816 S. 5th St. to hear the announcement. 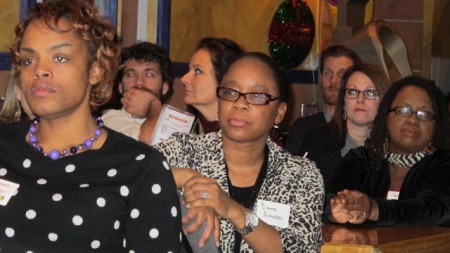 “The MANDIs celebrate Milwaukee’s diverse neighborhoods and the many passionate, committed residents and their partners working together to create a better future for themselves, their families and their communities,” said Leo Ries, executive director of LISC Milwaukee.

Three finalists were selected for each of five categories by a 40-member, independent, volunteer committee based on nominations from the public. A sixth category, the “Wells Fargo People’s Choice Award” will be awarded to three finalists who receive the most public votes during the month of April.

Winners will be announced on April 15 at the Potawatomi Hotel and Casino. Milwaukee Neighborhood News Service is a media sponsor of the MANDIs.

Below are the finalists: