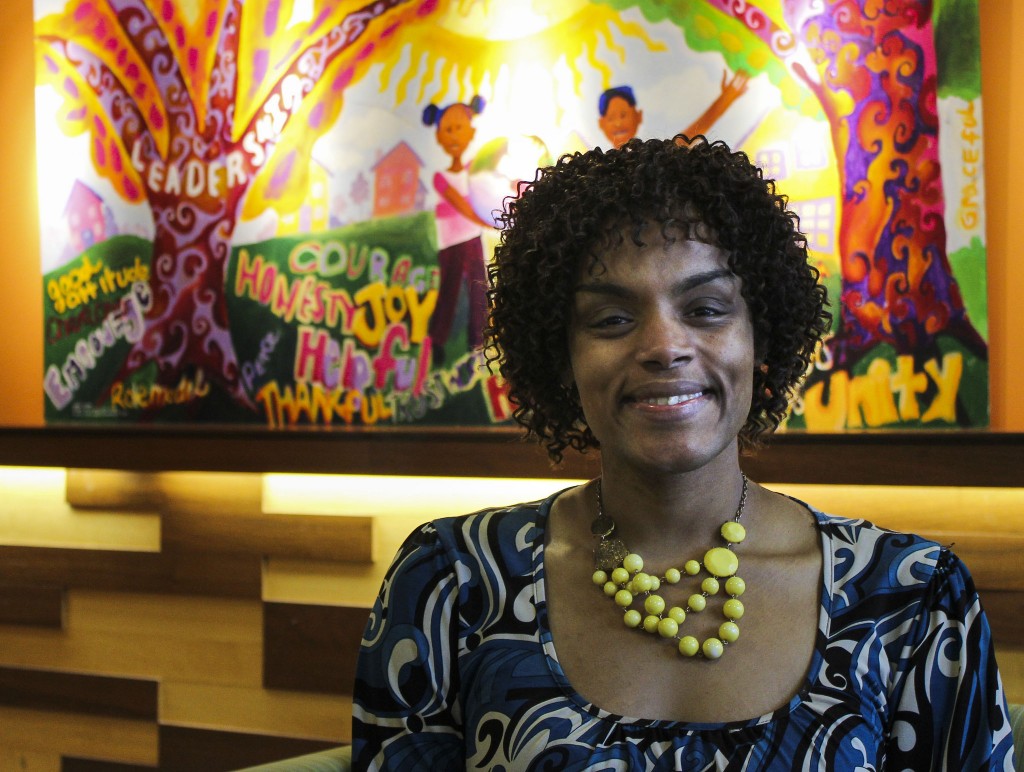 MANDI finalist La’Ketta Caldwell brings a passion for young people and the arts to her job as senior program manager for the Boys & Girls Clubs. (Photo by Alhaji Camara)

This article is one of an occasional series profiling the finalists for Milwaukee Awards for Neighborhood Development Innovation (MANDIs). La’Ketta Caldwell is a finalist for the Northern Trust Navigator Award, which recognizes an individual for outstanding leadership and collaboration.

Even when posing for a photograph, La’Ketta Caldwell is simultaneously poised and relaxed. Surrounded by a group of young women, a photographer clicking away, her warm grin set the girls around her at ease. Recounting an imagined dinner party with Beyoncé, Caldwell, 38, seems perfectly comfortable perched among 13-year-olds. The glints in their eyes and quiet giggles indicate that there on a couch at the Boys & Girls Clubs, they feel at home as well.

2015 has barely begun, yet the effervescent Caldwell already has been selected to receive a “40 Under 40” award from the Milwaukee Business Journal and is a MANDI finalist for her work as senior program manager at the Boys & Girls Clubs of Greater Milwaukee.

“This is the year of La’Ketta Caldwell,” proclaimed Kelly Savage, a State Farm public affairs specialist and friend of Caldwell’s. 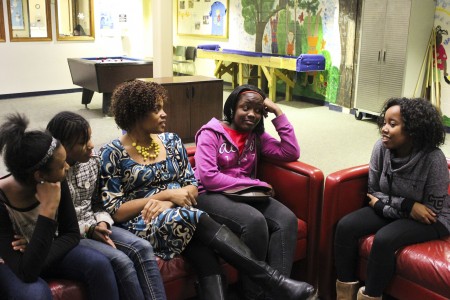 Marina Murphy, now a program assistant at Marquette University, met Caldwell as a young teen at St. Joan Antida High School. “She saw a lot of leadership qualities in me and I really appreciated it,” said Murphy. “A lot of people told me when I was growing up that I wasn’t very typical, that I was a little advanced, but I never really believed it. [Caldwell] got me working with [Chief Operations Officer] Denisha Tate at the Boys & Girls Clubs as a freshman. She knew I needed something concrete to work on.”

Vincent Lyles, president and CEO of the Boys & Girls Clubs of Greater Milwaukee, has seen the results of Caldwell’s work. “The kids come because they fall in love with Miss La’Ketta,” he added, shaking his head and smiling. “All those kids follow her. She’s got that kind of presence… they want to be heard. Miss La’Ketta listens. She understands where they’re coming from.”

Caldwell’s journey has been a winding one and she credited her growth to her family, both biological and chosen. “I’ve always had a village,” she said, “Everybody who has been with me – all of those voices, that huge village, I am because of them.” From padding through the creeks of Paducah, Ky., to the streets and community centers of Milwaukee, Caldwell has brought this concept of a village — a community of adults who influence and inspire young people — to her work with youth.

The most important part of that work, Caldwell emphasized, is validation and empowerment. “If you believe in someone and love on them, that’s all our babies need. I don’t think I’m the greatest youth worker in the world but my mama loved me and she told me I could do anything. And I believed it!”

Caldwell has left handprints all over the city of Milwaukee. Building a family around her, so far from her Kentucky home, she immersed herself first in Cavalry Baptist Church, then Unity Gospel House of Prayer, organizing workshops and events for young women. 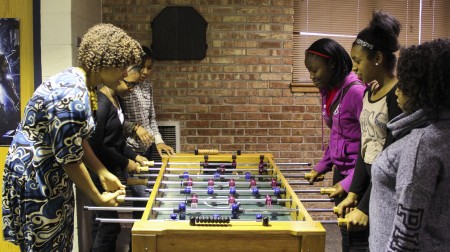 The Milwaukee Repertory Theater, First Stage Children’s Theater, the American Heart Association, Running Rebels, Pearls for Teen Girls, Urban Underground, Milwaukee Urban League, the annual Girls’ Day at Milwaukee City Hall – Caldwell is seemingly everywhere. Her experience has taught her the value of collaboration. “By ourselves, we can do okay, but together we can do the darn thing!” she said.

Caldwell’s efforts have attracted funding that helps sustain the Boys & Girls Clubs. “The (State Farm) Youth Advisory Board does not typically give a grant twice to the same organization,” said Savage, “but they did for La’Ketta because she understands what the youth need.”

Too often, Caldwell observed, the young people she encounters are coming from a place of trauma and pain. A rash of shooting deaths in 2012 inspired her to create a program called “Can You Hear Us Now?” that culminated in a documentary exploring the emotional impact of community violence and trauma on young people. Through the lens of the documentary, made with filmmaker Mark Doremus, Caldwell elevated the voices of youth and allowed a larger community to understand her work.

A few years ago, Caldwell was asked to speak at the City of Milwaukee’s Take Back the Night, a march dedicated to ending systemic violence against women. When she took the stage, she caught sight of a sign held proudly aloft reading, “Molested but still beautiful.” Moved deeply by the message, she set to work interviewing women about experiences with sexual violence and trauma, ultimately creating the play “Unclothed,” which went on to be performed on stages across Wisconsin.

Caldwell hopes to transform “Can You Hear Us Now?” into a play that integrates poetry, dance and photography. For her, healing and art go hand in hand.

“Arts have been the vehicle to help me make sense of the world,” she confessed. “Senior program manager, what does that mean? I’m an artist.”