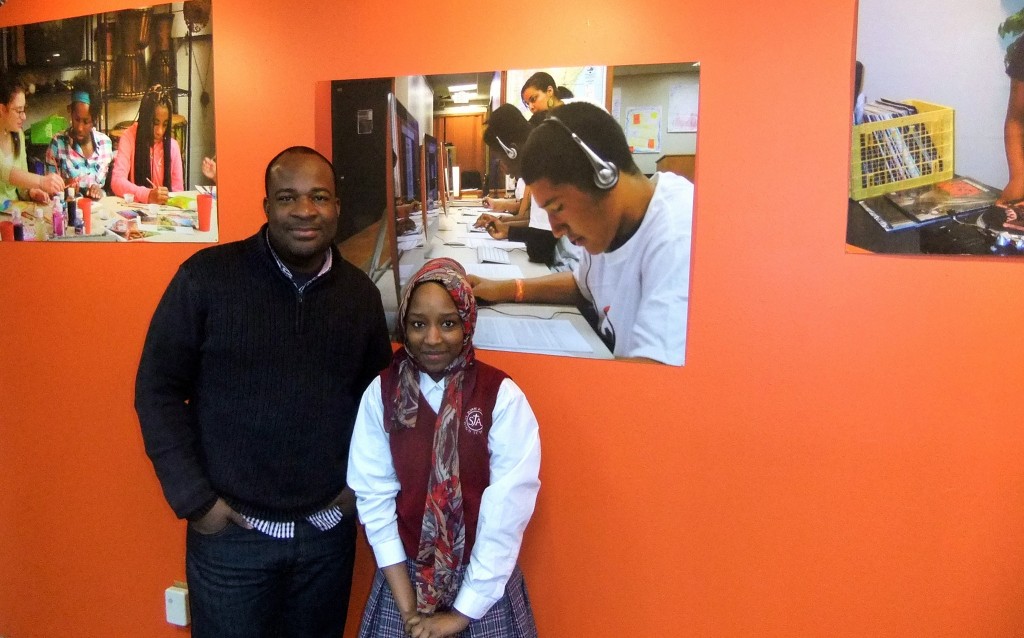 Zeynab Ali works with various community partners, such as Reggie Moore, director of the Center of Youth Engagement, to spread her message of nonviolence. (Photo by Wyatt Massey)

Zeynab Ali was 6 years old and barely removed from refugee camps in Kenya when she dedicated her life to being an activist.

The Milwaukee teenager was motivated to act the first time she watched television and saw starving children in a UNICEF commercial.

“It’s hard to see someone suffering,” Ali said. “That was a call to action for me.” 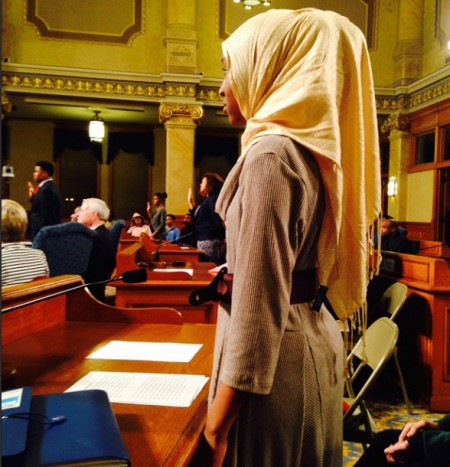 Ali’s voice has made her a strong advocate for gun legislation reform in her position as a representative in the City of Milwaukee Youth Council. (Photo by Wyatt Massey)

Ali’s career as an activist continues, at age 16, with an upcoming book. She is writing a historical narrative of Somalia and its civil war, a brutal three-decade conflict that affects her life every day. The ongoing conflict displaced Ali’s family, forcing them to move to refugee camps in Dabaab, Kenya.

Scheduled to be released in the summer or fall of 2015, Ali’s book is intended to change the perspectives of politicians, as well as community members, hoping they will become more aware of global issues.

“Somalia is a forgotten country,” Ali said. “People are expected to somehow survive
throughout the humanitarian crisis occurring in the country.”

Ali’s book includes the history of Somalia, from ancient times to present. The final section will detail her family’s experience with the war in Somalia and their time in Kenya. This section, Ali warned, will include “horrifying things.” Her parents witnessed Somalian militants kill family members and friends.

“Every time, they tell us such stories I try not to cry, but instead I vow to always make sure my parents get the future they deserve,” she said.

She will also detail her experience growing up in refugee camps in Kenya. Ali said she is “blessed” to remember so much about her time there. The experience drives her desire to eradicate worldwide poverty and terrorism using nonviolent measures.

In addition to writing a book, Ali has gotten involved in various Milwaukee organizations, such as the City of Milwaukee Youth Council and Serve 2 Unite. She organizes events and does photography for Serve 2 Unite, an organization that trains nonviolent leaders.

Ali uses her book, her blog and her example to raise awareness and influence others to do more. She refuses to let a troubled history affect her mission of making a difference.

“It’s sad to say that it’s always tragedies that influence us to do things,” she said. “All of us should collaborate to come up with effective ways to [address] issues.”