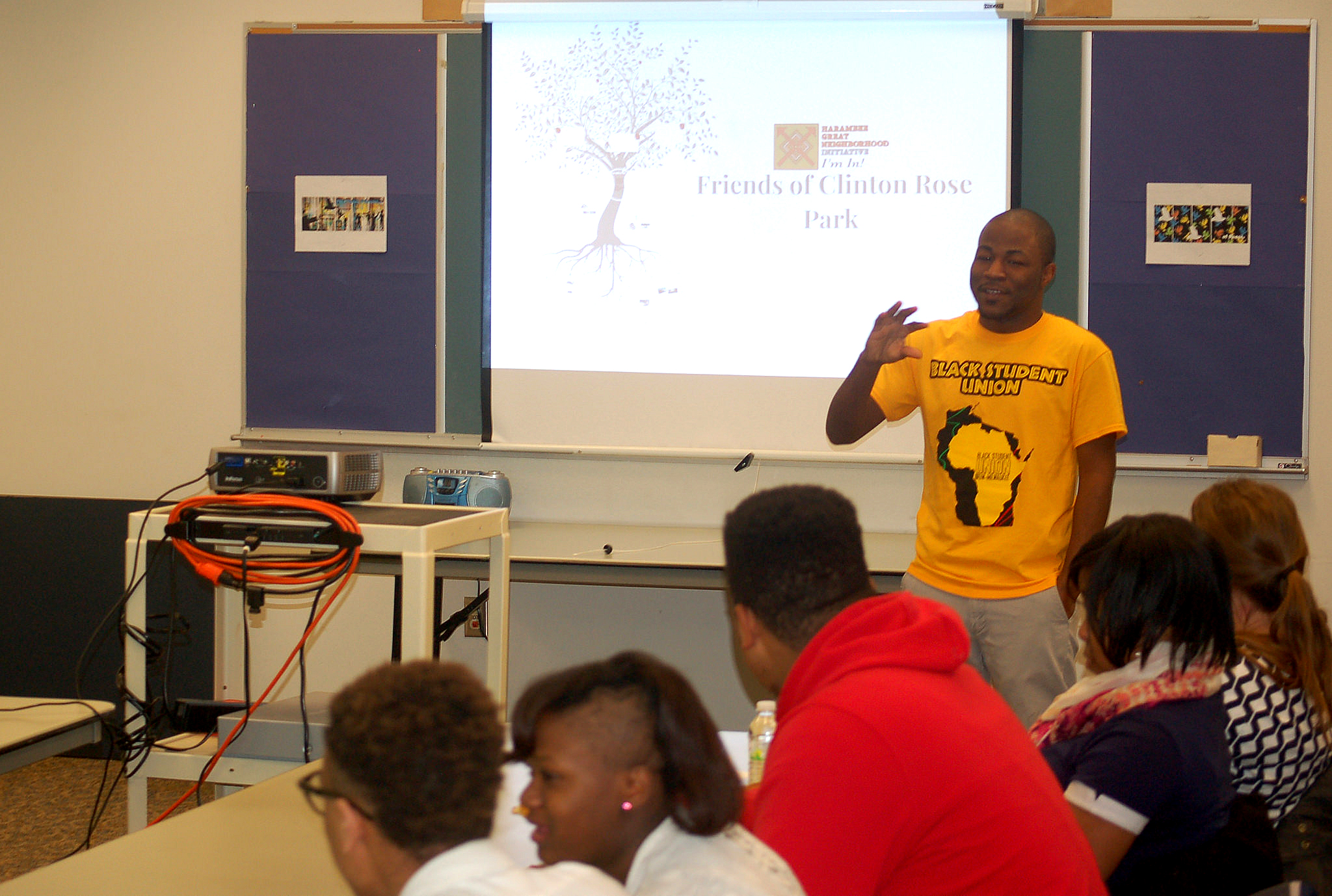 HGNI will continue previous programming in the park, such as its tavern-sponsored softball league and intergenerational garden. It is also creating a community garden and working with the Milwaukee Brewers to host an event similar to the Milwaukee Fatherhood Initiative Day in 2014.

Rick Banks, community engagement specialist for HGNI, said that forming a friends group and hosting events is an important first move for the community to reclaim the park.

“We’re talking about bringing life back to the park and getting people involved,” Banks said. “When we get to having these outcomes … that’s when people want to stay in the community.” 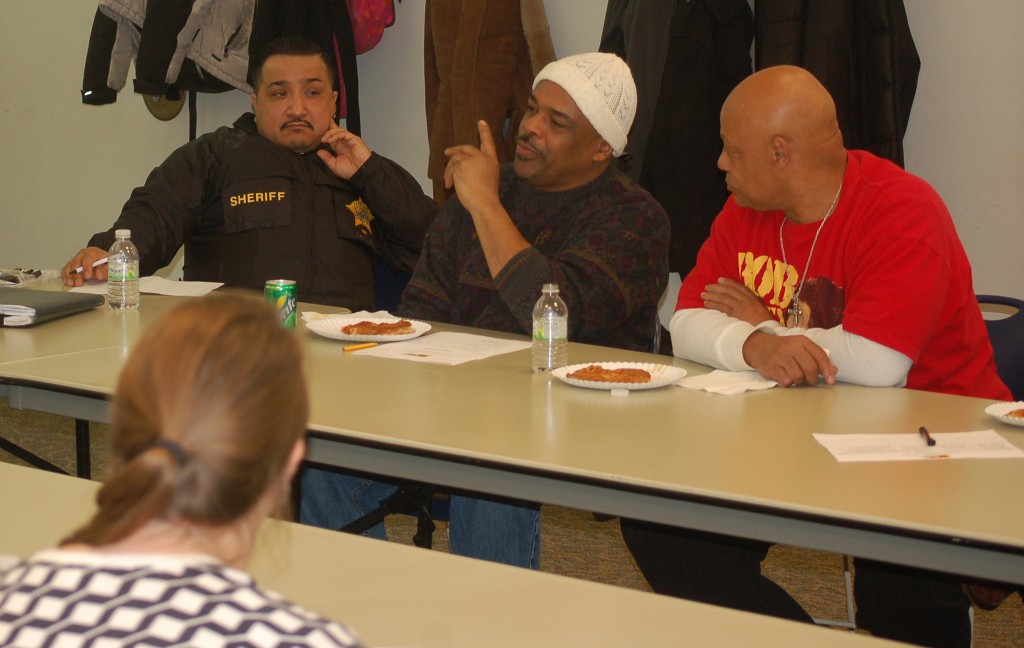 Marcellius Brown (center) shares his vision for the park with the Harambee Great Neighborhood Initiative. (Photo by Wyatt Massey)

Part of the process involves getting youth involved in the project. Students in a biology class at HOPE Christian High School, 3215 N. Dr. Martin Luther King Jr. Drive, attended the meeting. They said they would like to see solar-powered lighting and better facilities for their school’s football and track and field teams, which practice at the park. Drayton Turner, a sophomore at HOPE, said it was important for the group to hear students’ opinions. “I’m glad to be involved to stop the violence and bring more positivity to the community,” Turner said.

Willie Johnson Jr., president of the Wisconsin Counties Association and a member of the Milwaukee County Board of Supervisors, said that HGNI has his “complete support” in forming the friends group. Its success depends on its ability to involve young people, he said.

“I appreciate the younger people being here because it’s their community as much as it is anyone’s,” Johnson said.

Marcellius Brown, who was raised near the park, said changes are “long overdue.” As a child, Brown participated in Cub Scouts and Boy Scouts activities in the park. He remembers it as a safe place to gather, socialize and watch sporting events. The park used to host baseball tournaments featuring some of the Midwest’s best talent, he said. Brown hopes the friends group can bring back this sense of unity.

“The whole park would shut down to watch the baseball game,” Brown said. “It was a family affair.”

Three deputies from the Milwaukee County Sheriff’s department discussed park safety at the meeting. Juan Avila, deputy sheriff, reminded residents that they should call the department directly with safety concerns about any of the county parks. Avila and the other deputies are part of Milwaukee County’s Targeted Enforcement Unit, which patrols more than 140 county parks and parkways.

“We’re taking it upon ourselves to work with the community and the county to revive this park,” Otteson said.

The Friends of Clinton & Bernice Rose Park expects to hold its next meeting in late March or early April.