You are here: Home / Home / Carousel / Getting to suburban jobs remains a challenge for city workers
Share this... 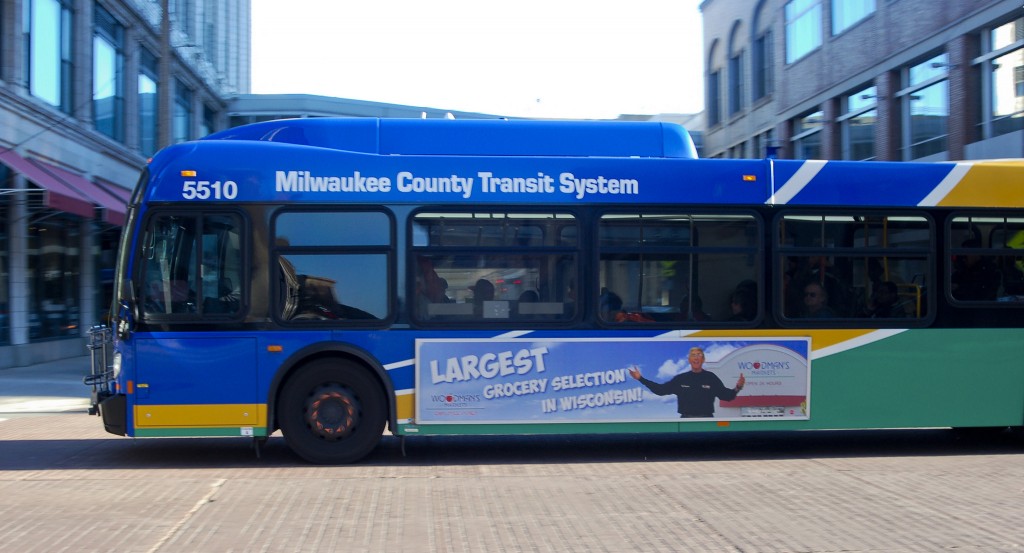 It’s only about 10 miles from Beverly Orlando’s bus stop at 35th St. and Fond Du Lac Avenue to her job at the Institute of Technology and Academics on the far north side of Milwaukee near Brown Deer, but if she doesn’t leave her home by 5:30 a.m. she’ll be late for her 7:00 a.m. start time. Orlando has worked as a janitor at the school for about two years.

Boarding a Blue Line bus at 5:36 a.m. one recent morning she said, “The buses are OK, just as long as they come!”

Orlando is fortunate to be able to reach a job on the outskirts of Milwaukee from her Sherman Park neighborhood. Despite growing numbers of jobs located outside of Milwaukee’s central city, many neighborhood residents continue to be unable to reach potential employers by bus.

State budget cuts have severely hampered the Milwaukee County Transit Service’s ability to connect city residents with outlying jobs. Currently there is no long-range planning taking place at MCTS to reverse trends in service cutbacks and meet the needs of job holders and job hunters for the long term.

It has been decades since the city was an engine for regional job growth. “Most of the job growth in recent years is either at the outer parts of the county or outside of the county,” said Kristi Luzar, deputy director of programs, Urban Economic Development Association of Wisconsin. “The biggest problem facing many people in the city is getting connections to jobs.”

Employment in Washington, Ozaukee and Waukesha Counties increased by 56,271 from 1994 to 2009, while the city lost 27,858 jobs, according to a report published earlier this year by the Center for Economic Development at the University of Wisconsin-Milwaukee.

Reaching suburban employment centers can be challenging for city residents. About 13 percent of city households don’t have access to a car, according to the Southeastern Wisconsin Regional Planning Commission.

State budget cuts that began in 2001 forced MCTS to eliminate routes and now the bus system reaches about 1,300 fewer employers than it would have before the cuts began. Approximately 30,900 workers are employed by those businesses in an average year, according to the Center for Economic Development.

The MCTS says it has reduced bus service 14.5 percent since 2000 in response to successive rounds of state budget cuts. The most recent cut came in the 2011 biannual budget when the MCTS state appropriation was slashed by 10 percent. Although about 4 percent of the funding was restored in a later budget, MCTS is currently operating under an approximate $4.1 million shortfall in state money compared to the 2009 budget.

Last month MCTS added new shuttle routes to Brown Deer and Oak Creek to expand suburban bus service, and alternate funding sources have been used recently to add three express routes and bus lines to suburban job and commercial centers. Unfortunately, as the Center for Economic Development and transit experts point out, the long-term pattern of service decline has been slowed but not reversed.

City residents such as Orlando who are fortunate enough to have a job outside the central city that they can reach on public transit face another challenge: the time needed to reach outlying areas. Long distances along congested roadways, frequent stops and the need to transfer between MCTS and suburban bus systems extend commute times. However, faced with similar challenges other cities have improved bus transit times by embracing readily available strategies and technologies, according to a recently published report, Picking Up The Pace, from Milwaukee’s Public Policy Forum. 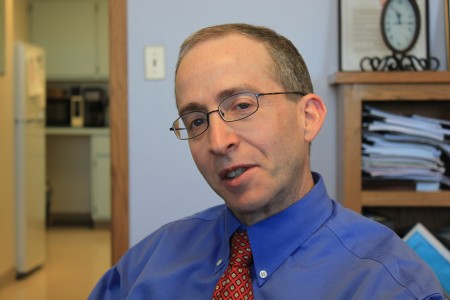 Rob Henken, president of the Public Policy Forum, acknowledges the fiscal challenges faced by the county and MCTS noting, “They deserve a lot of credit for creatively maneuvering and avoiding the type of draconian service cuts” many observers believed were unavoidable in the face of state cutbacks. But Henken thinks that improving bus service would help meet employment needs of central city residents while making bus transit more appealing for a wide range of riders. “It’s time to think about whether there are some relatively low cost and common sense improvements that should be considered for our bus system,” he said.

“Transit options are available that would be relatively easy to do with a little more resources but would add a lot of value to the system,” said Luzar.

Solutions that have worked in other cities include bus-only lanes and shoulders, increased bus stop spacing and giving buses priority at traffic lights. With signal priority, buses automatically communicate with upcoming traffic lights to extend green lights or change red lights to green.

The system is being used in several cities including Las Vegas, and Chicago is planning to deploy it along select routes. Studies show the technology improves travel times by 5 to 10 percent. About half of Milwaukee’s intersections are already equipped with a similar technology allowing emergency vehicles to trigger green lights.

Bus rapid transit is another option for increasing bus travel speeds. It typically allows buses to drive in dedicated lanes, make fewer stops compared to local service, employ signal priority technology and use kiosks at the bus stop so riders can pay before boarding. According to the Public Policy Forum, bus rapid transit is similar to light rail in many ways but is more flexible and less expensive to implement. It has increased transit system ridership in cities such as Minneapolis.

According to Brian Dranzik, MCTS director of transportation, the unpredictability of state funding combined with successive budget cuts severely restricts the ability of MCTS to readily embrace service enhancements such as those in the Public Policy Forum report, or upgrade service to connect city neighborhoods with outlying job centers. MCTS is not currently studying or implementing any options for increasing bus speed. “There’s a price tag with all of them,” Dranzik said.

State and local politicians have been unable to reach a consensus on providing MCTS with a consistent revenue stream that isn’t subject to the unpredictable process of state budget negotiations, according to Henken and other experts. The state currently funds about 41 percent of the MCTS budget. The fare paid by riders is the second largest budget component at approximately 39 percent.

“We work on the assumption that we’ll have level funding from the state, but if that gets cut we’re scrambling,” said Dranzik.

The transit system has been in decline just when city residents need it most. “Seemingly forgotten is the fact that the transit system of today is a shell of its former self, and that jobs continue to decentralize at a rapid pace,” the Center for Economic Development report said. “Serious rebuilding efforts supported by secure and long-term sources of funding will need to be undertaken to avoid further isolating transit dependent job holders and job seekers from the region’s job growth centers.”

Referring to state budget cuts that hit MCTS without warning, Dranzik said, “We want to be in a place where what we offer to the public is stable and predictable.”