You are here: Home / Home / Carousel / New documentary challenges perception of homelessness in Milwaukee
Share this... 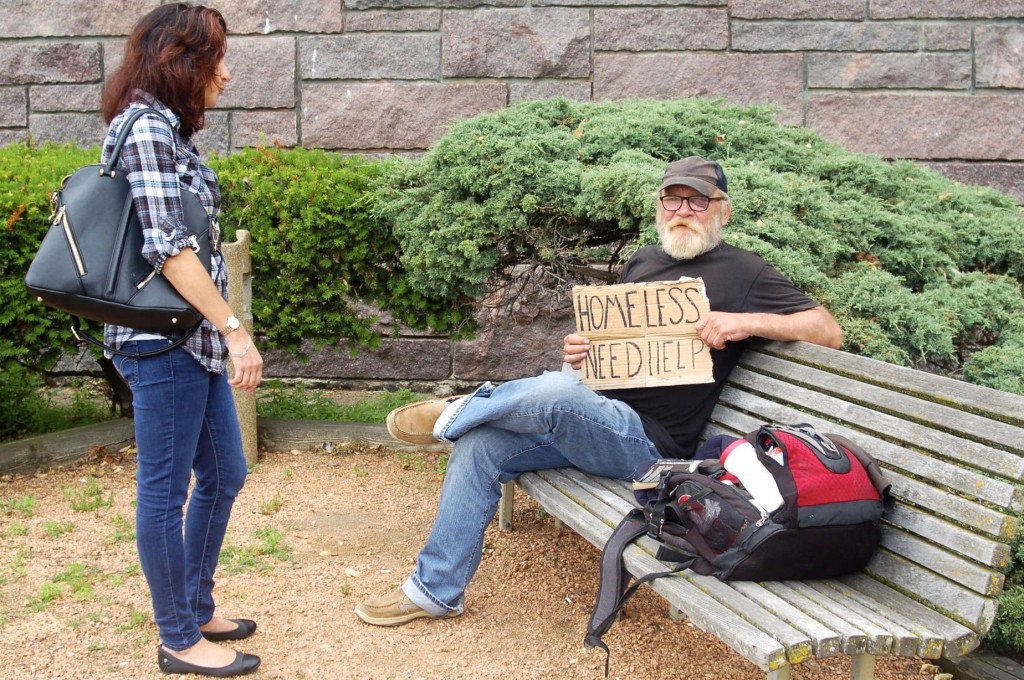 On a recent Sunday afternoon, two women walk through MacArthur Square, the park just east of the towering Milwaukee County Courthouse. As Faith Kohler passes a bush with someone’s belongings hidden under it, she said, “It bothers me. I get really actually emotional when I see cardboard in the bushes, and I think, why do we have people living like that?”

Kohler said that it was a series of questions along these lines that motivated her to make a film about homelessness. For the past five years, she and producer Jessica Farrell have spent their nights and weekends creating a documentary on homelessness in Milwaukee and its relation to the justice system, while maintaining full-time jobs.

Kohler, a spunky Brooklyn native and mother of three with a career as a federal agent under her belt, now works on the enterprise security team of a Fortune 100 company. Since Kohler had no prior film experience, she brought in the dynamic Farrell, a University of Wisconsin-Milwaukee film and photography grad whose day job is at an advertising agency.

Kohler and Farrell regularly stroll through the park or other areas where those experiencing homelessness tend to congregate, and nearly every Saturday they work at a food pantry. They strike up conversations with anyone they encounter, often finding familiar faces and offering blankets and water. They inform people of resources available to them in the city to improve their situation, or simply listen and learn about how the person lives. 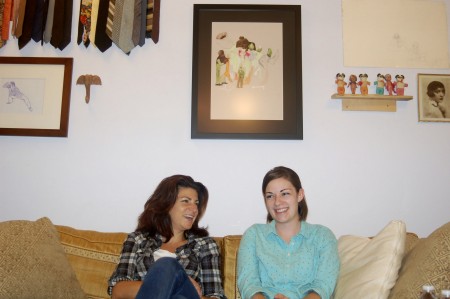 Faith Kohler (left) and producer Jessica Farrell converse in the studio space they share with other local artists in Brewer’s Hill. (Photo by Allison Dikanovic)

This particular Sunday, they are joined by their friend MacArthur Willis, who goes by the nickname General and is featured in the film. He transitioned out of homelessness through a program at the Guest House in 2008 and provides that perspective to Kohler and Farrell.

“I was working for the Guest House when Faith told me about her film,” he said. “I’ve known her for a while. She would bring the kids down here, and they would just talk to people, and I just got to know them.”

The film, called “30 Seconds Away: Breaking the Cycle,” stemmed from the relationships Faith formed with homeless men through volunteering at shelters and meal programs. It is in the final stages of production after a successful Kickstarter campaign. It also was chosen as an IndieWire “project of the day.”

“Realizing that so many of the people I was interacting with had such special and unique needs that none of the existing resources were meeting got me interested in looking at what else was there. Why is it like this?” she said. She added that she did her best to include insight from a well-rounded group of sources to tell the most complete version of the story.

Kohler explained that her experience in law enforcement, starting with earning her J.D. at Marquette University, puts her in a unique position. She was able to befriend those in the homeless community by volunteering, but also experienced the suspicion that many of them felt toward the justice system when they learned that she worked in law enforcement. She explores this disconnect in the documentary.

Kohler and Farrell see themselves as people who can identify both with those who work for the city and those who live on the streets. “It isn’t anything weird for us to move back and forth between the communities we encounter. And I think most people don’t do that because they don’t see that [the homeless] community here is made up of the same kind of people … on the block that you live on,” she said. Both Kohler and Farrell emphasized the importance of remembering the “people” part in the phrase “homeless people.” 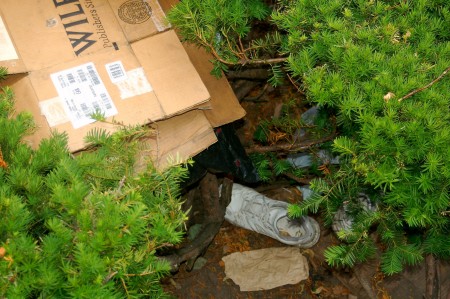 Their film follows the stories and cases of several men who have experienced or are still experiencing homelessness, including General. It takes its audience down “the trail,” or the typical daily path of a homeless person in Milwaukee, including shelters, meal programs, parks and the library. It also takes viewers through the court system, highlighting gaps in how the city serves this population.

Judge Derek Mosley, whose courtroom is featured in the film, acknowledged some of these pitfalls. “Homeless people who end up in the criminal justice system have a host of other needs that … aren’t addressed in our current system,” he said. “I’m not sure if the community realizes how many people who are homeless find their way into the system and end up being incarcerated.”

The film highlights the “perpetual cycle between living on the streets and jail time and being in the ER. The story comes full circle with how it’s costing taxpayers and how it’s costing people their lives,” said Farrell.

The filmmakers’ goal is to better inform the public so that more meaningful ways to address chronic homelessness in Milwaukee can be put into practice. “We just wanted to put everybody’s perspectives together and let society come up with some better answers,” said Kohler.

During the filming, Kohler and Farrell witnessed some positive developments in how the city is trying to tackle chronic homelessness. Kohler referred to the Milwaukee Police Department’s Homeless Outreach Team as “some of the best homeless outreach cops anywhere, right here in this city.” She said the team did not exist five years ago.

The filmmakers are also encouraged that Milwaukee County recently adopted a “housing first” model, which seeks to provide people with stable housing before requiring treatment or participation in other programs. Kohler said she is “cautiously optimistic” as she watches to see how the model is implemented and its outcomes. She mentioned the possibility of producing a second documentary to follow up on the initiative.

In the meantime, Kohler and Farrell are logging long hours in their eclectic studio space in an old shoe factory on Brewer’s Hill making final changes to the film with their editor, Andrew Swant. The team is hoping that “30 Seconds Away: Breaking the Cycle” will debut in the fall at the Milwaukee Film Festival, but that is yet to be confirmed.

Following the film’s debut, Kohler and Farrell are hoping to engage more community members in its content through outreach efforts such as screenings and workshops around issues of homelessness and the justice system.

Kohler said the way homelessness is addressed in the future depends on how people see each other. “It’s humanity. Find your humanity and go share your humanity with other humans,” she said.