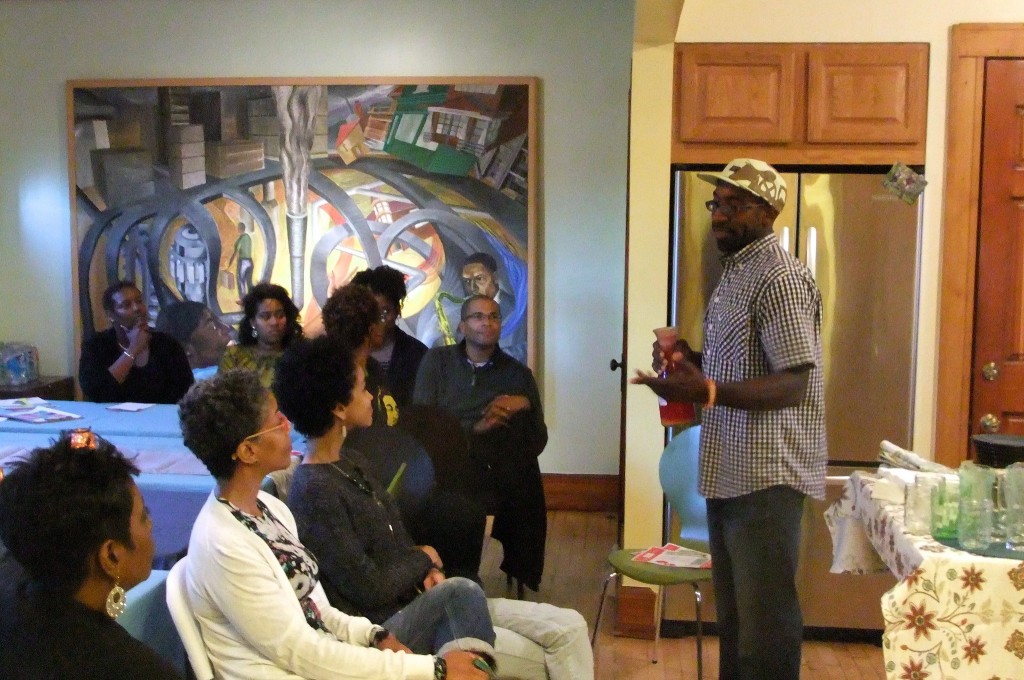 The room is quiet except for the rhythmic clink of forks on plates. Nearly 20 guests surround the dinner table at Walnut Way Conservation Corp., eating a meal. Maanaan Sabir moves from the kitchen to the side of the table, a pitcher of blended spinach, collard greens, pineapple, cucumbers and apples in his hand.

“Who wants green juice?” Sabir asks, raising the thick green concoction for the group to see.

The once-silent guests at the community meal raise their glasses and respond positively. “Yes, I’ll take some,” they say. Sabir pours each a glass, before returning to make more. Some residents of Lindsay Heights taste this combination of juiced fruits and vegetables for the first time. Soon, they will be able to drink their fill and support a local business, when Sabir opens The Juice Kitchen on Oct. 30.

The Juice Kitchen will be housed in the Innovations and Wellness Commons, at 1617 W. North Ave. Walnut Way developed the commons to encourage healthy eating and bring businesses and nonprofit organizations to the North Side community. The Milwaukee Center for Independence has already moved in to the space. 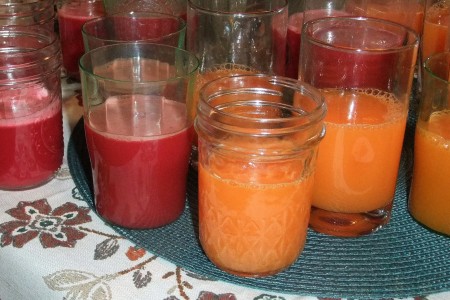 The juice is made from fresh fruits and vegetables, such as sweet potatoes, beets, apples, pineapples, grapes and plantains. (Photo by Wyatt Massey)

The Juice Kitchen is Sabir’s latest effort to share a commitment to healthy living, a trait passed down in his family. “I’m the embodiment of my grandfather,” he said. Sabir’s grandfather studied alternative medicine and understood how foods and herbs react in the body. This knowledge not only interests him, it saved his son’s life, he said.

Sabir’s 11-year-old son, Taj, has ectodermal dysplasia, a condition that prevents him from sweating. Nearly six years ago, Taj experienced difficulty breathing from a buildup of mucus as a result of the condition. While Sabir’s wife, JoAnne, prepared to call the ambulance, he thought of his grandfather and went to the juicer.

“I knew watermelons cut mucus and I knew apples had a lot of fiber. They are probably some of the most powerful fruits in the world.”

Taj’s body had rejected the over-the-counter medicine but it did not reject the juice Sabir made. The juice helped Taj flush out the toxins and, 20 minutes later, he was running around the house with a soccer ball. Seeing the effect the juice had on his son, Sabir and his wife recognized the potential in sharing it with their community.

“That’s when we knew that the juice was a life affirmation for us,” Sabir said. “I don’t believe that things just happen.”

The incident began the process of bringing The Juice Kitchen to Lindsay Heights. With the opening less than a month away, Sabir said he is thankful for the role community members are playing in making it possible, he said.

“In this community, everyone is an asset. … We were able to leverage the activity of those around us.”

Events such as the Walnut Way community meal create support for the business and share knowledge about healthy living, said Sharon Adams, co-founder of Walnut Way.

“We are bringing in a retailer that is healthy to the community,” she said. “I think we’re on to something wonderful.”

Sabir uses an interesting mixture of fruits and vegetables for his healthy juices. Sweet potatoes and beets are the main ingredients in the juice “Purple Haze,” which is high in vitamin C and fiber. Another juice contains plantains, dates, coconut, cinnamon and cashew milk. Leroy Wright, a guest at the dinner, enjoyed the plantain drink the best.

“I ain’t too used to this,” Wright said, finishing his second glass. “It was good. It was different.”

The Juice Kitchen will open Oct. 30 and will be selling juice Monday through Saturday from 7 a.m. to 3 p.m.