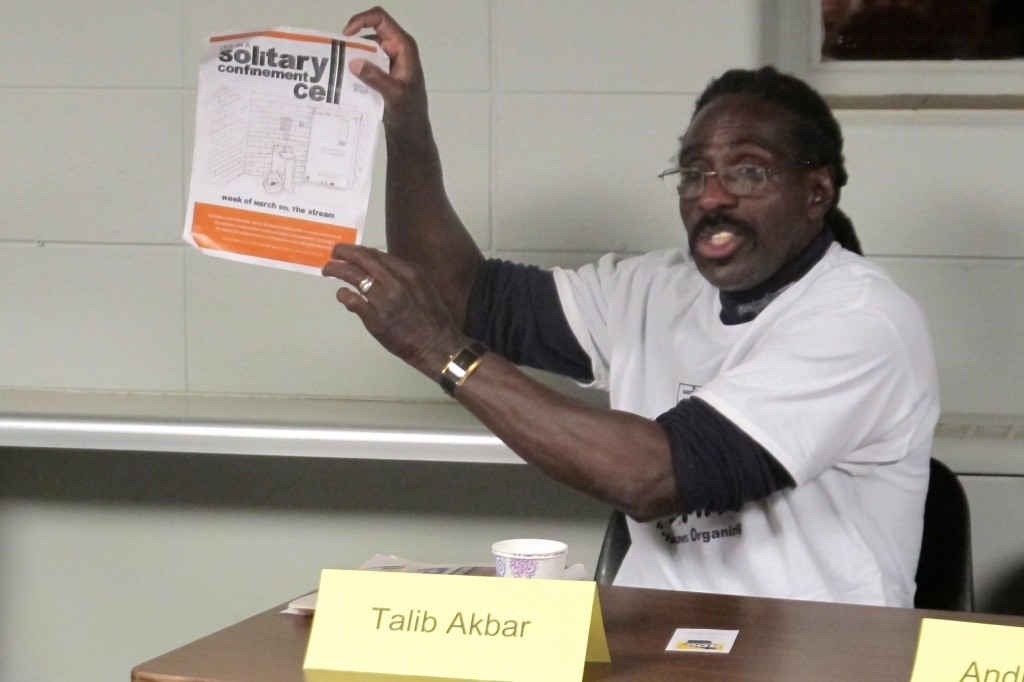 Talib Akbar’s drawing of a solitary confinement cell helped spur a statewide campaign to raise awareness about the prison practice of isolation. (Photo by Wyatt Massey)

Talib Akbar stepped out of Waupun Correctional Institution on Oct. 10, 2013, with a mission. Having served 20 years for sexual assault, he was determined to become an advocate for incarcerated individuals. With the help of a simple pencil drawing, he began changing public perceptions about prison.

“The things that I have gone through, I will never forget them,” he said. “When I was released, I was thinking, ‘what could I bring to the public that could help them understand what prison was like, what it looks like in a cell.’ ”

Akbar first sketched a solitary confinement cell while he was in prison, but it was confiscated, so he made a second drawing and mailed it to his lawyer. Since Akbar served 10 stints in solitary, he knew the cell brick by brick, inch by inch.

“It was a place that I could never forget. On many occasions I had nothing else to do but think about the walls and the dimensions of it,” he said. The Department of Theatre Arts at Edgewood College in Madison used his drawing to construct a full-sized replica of the cell. The faith-based advocacy group WISDOM transports the cell across the Midwest as part of its effort to end solitary confinement. 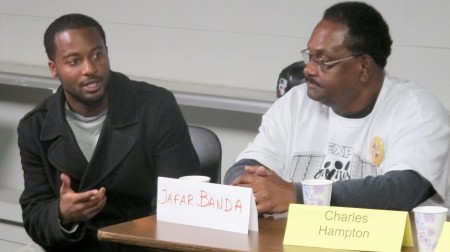 Solitary confinement can be considered torture, according to a United Nations Human Rights Council report. Some of the psychological effects of physical and social isolation are irreversible after 15 consecutive days, the report stated.

After he was released, Akbar became a prison reform advocate with MOSES, an interfaith organization that supports public policy reforms around issues of social justice.

Akbar said the public has a right to know what goes on behind cell doors. His work is making a difference, he said, even if it makes him unpopular with some people. “I make the Department of Corrections mad when I wake up in the morning and glad at night when I go to bed,” he joked.

Akbar, a member of Ex-Prisoners Organizing (EXPO), participated in a recent panel of six formerly incarcerated individuals who discussed their work to ease re-entry for ex-convicts and reduce solitary confinement. EXPO has chapters in Milwaukee, Madison and Eau Claire, with groups forming in Wausau, Green Bay, Racine and Kenosha. According to members, the group holds leadership training seminars and works to educate, organize and mobilize Wisconsin communities.

Individuals with a felony in Wisconsin are not allowed to vote until they have completed their sentence, probation or parole. More than 62,000 state residents cannot vote because of a criminal record, according to the ACLU. Nationwide, African-Americans are four-times more likely to be disenfranchised than non-African-Americans, part of what author Michelle Alexander calls “the new Jim Crow.”

Jafar Banda, a student at University of Wisconsin-Milwaukee, said he felt like an alien trying to get a job and finding a place to live after he was released from prison. “I was subjected to unfair and unequal opportunities,” he said. “When you have a felony or a conviction, you are automatically denied housing.”

A 2015 study by the Public Policy Forum found that 42 percent of unemployed jobseekers in Milwaukee have a criminal history. This is why EXPO is participating in the “ban the box” campaign, an effort to persuade private and public employers to remove questions about criminal history from job applications.

EXPO also seeks to end “crimeless” revocations, which it defines as incarceration for violating a rule of supervision that does not involve a new crime. Revocation of probation or parole can result from technical violations or a new offense. Probation occurs prior to jail or prison time, while parole is an early release from prison.

EXPO President Mark Rice, who said he suffers from paranoid schizophrenia, experienced symptoms of his mental illness in 2007 and was charged with disorderly conduct, which violated his probation. He was eventually sent to the Milwaukee Secure Detention Facility for six months before the judge dismissed his disorderly conduct case.

“Imprisoning people for rule violations destroys lives, adds nothing to public safety and it’s a huge waste of money,” Rice said. Each inmate costs Wisconsin $37,994 per year, according to the VERA Institute of Justice, and nearly 43 percent of state prison admissions in 2014 were due to revocations only.

Expungement, the full restoration of an individual’s rights by the sentencing judge, is the only option ex-convicts currently have to restore all their rights. However, the process can be daunting. Clean Slate Milwaukee specializes in expungement for young adults with non-violent criminal backgrounds to help them achieve equal access to housing, employment and education.

“Expungement is the only chance we have right now for second chances,” Banda said. “Expungement equals jobs.”