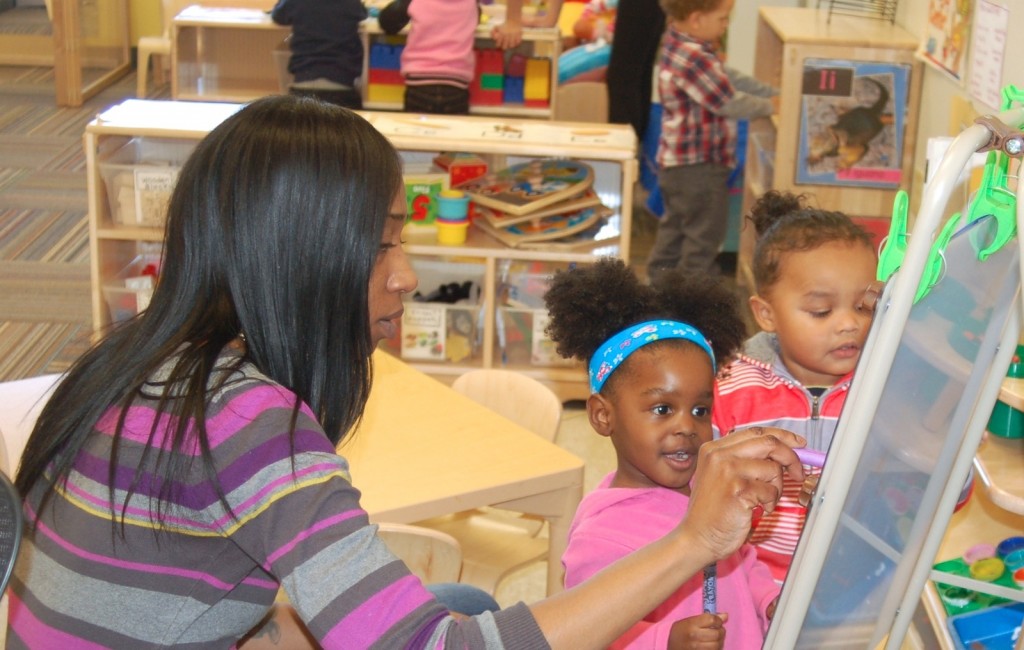 Editor’s note: This article is one of an occasional series profiling the 15 finalists for the Milwaukee Awards for Neighborhood Development Innovation (MANDIs). COA Youth & Family Centers is a finalist for the BMO Harris Cornerstone Award, which recognizes an organization for its commitment and effectiveness over time.

The lobby of the COA Goldin Center is alive with joyful noise on weekday evenings: sounds of basketballs hitting the gym floor; children and teens shouting greetings to friends, mentors and parents; and neighbors chatting in scattered clusters.

Since it opened in 2005, the center, at 2320 W. Burleigh St. in the Amani neighborhood, has become the focal point of efforts to address the challenges in the 53206 ZIP code, known as one of the city’s most distressed neighborhoods.

The Goldin Center joins the Riverwest Center and nine other locations in providing holistic services to city children, teens and families through educational, recreational and community development programs.

Nick Carson grew up near the Goldin Center and played there when the lot was a baseball diamond. Attending a monthly meeting of the Amani United resident association for the first time recently, Carson said, “COA is always active in the community and I figured I should come and see what’s going on.”

Carson, father of three, said he wanted to get involved in improving the neighborhood. He commented that change isn’t possible without the active participation of “people who know people in the community, who’ve been here a long time … It starts with us.” 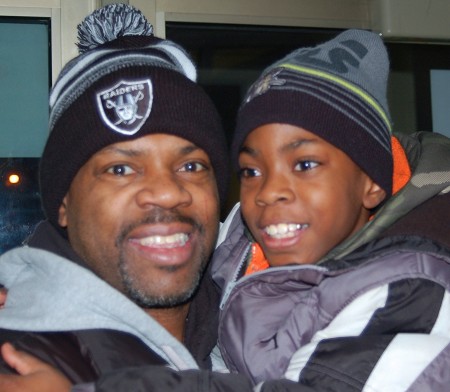 Resident participation is a key element of the Goldin Center’s approach to neighborhood improvement. For example, when Children’s Hospital of Wisconsin came to COA with a proposal for a pediatric clinic five years ago, the two organizations hosted a series of “community cafes” to hear what neighborhood residents thought about it, explained Gabe Doyle, supervisor of community health navigation at Children’s Hospital.

Residents expressed a strong preference for medical services for both parents and children, so Children’s Hospital enlisted the help of Marquette University College of Nursing to expand care to the whole family.

Filling a large gap in medical services in the area, the clinic is staffed by nurse practitioners who often see up to 14 patients per day, according to Doyle. Its staff also works with COA to promote wellness and offer health education.

“We know the community needed these services and is pleased with them,” Doyle said, because it has responded by making and keeping appointments at a higher rate than at other such clinics in the city.

In the Goldin Center’s early years, it offered programs for youth ages 6 to 18, said Tom Schneider, COA’s executive director. But gradually, the center community has added programs for adults and young children.

The Goldin Center’s after-school and summer youth programs continue to be robust. Duncan Shaw, there to pick up his son D’eric, 10, said his sons have participated since they were in kindergarten. D’eric walks over from the adjacent Auer Avenue School and, even though Shaw’s 15-year-old son now goes to Riverside High School, he still comes to the center to play basketball, Shaw said.

“If COA wasn’t here, I think my kids would have to stay home with me after school, because it’s so rough out in the streets. (The Goldin Center) is a good place for them to go … and do positive things,” he said.

In September 2013, the Goldin Center opened its Ethel Gill Family Resource Center, which partners with other organizations including The Parenting Network and YWCA Southeast Wisconsin. Among the opportunities it offers are parent education classes, family wellness programs including nutrition and exercise classes, help preparing for job interviews and structured play that prepares preschoolers for the transition to school, according to Sasha Fernandez, Family Resource Center programs director.

In September, COA opened the Burke Early Childhood Education Center in partnership with Next Door at the Goldin Center. It is modeled on COA’s 30-plus-year-old Riverwest Center program, which is accredited by the National Association for the Education of Young Children (NAEYC) and holds a five-star rating from YoungStar, Wisconsin’s childcare rating system. The Burke EEC will eventually accommodate 116 children, ages 6 weeks through 6 years. Current enrollment is about half that number, according to Schneider.

Like all of COA’s programs, the Burke EEC takes a holistic approach to the family and the community, which it recognizes as interconnected, said Schneider and Burke EEC director Ashley Harrell.

In recent years, the Goldin Center has also worked with the community in supporting the renovation of Moody Park. Lifelong Amani resident and community organizer Dennis Walton credits Schneider, in collaboration with Amani United and the Dominican Center for Women, with effectively pressuring the county to get the best result possible for the community.

Engaging with residents of a neighborhood that has suffered from inadequate resources for years has been challenging, Walton said. But, he added, Schneider has worked tirelessly.

Rather than operating “top down,” the organization has established a healthy collaboration with residents.

“COA has had a very positive impact on the neighborhood. (It) works with lots of youth and employs lots of people. And Tom is constantly trying to bring in programs that benefit the community,” Walton said. He emphasized that many community members have contributed to the Goldin Center’s success.

Hart Richardson, a co-chair of Friends of Moody Park, highlighted the wide variety of activities COA provides for residents. She noted that she participates in monthly Fun Nights, which typically attract 300 to 500 residents, as well as COA’s multi-generational storytelling program.

“The center has so many resources and services,” Hart Richardson said. “It’s a gold mine for the community.”