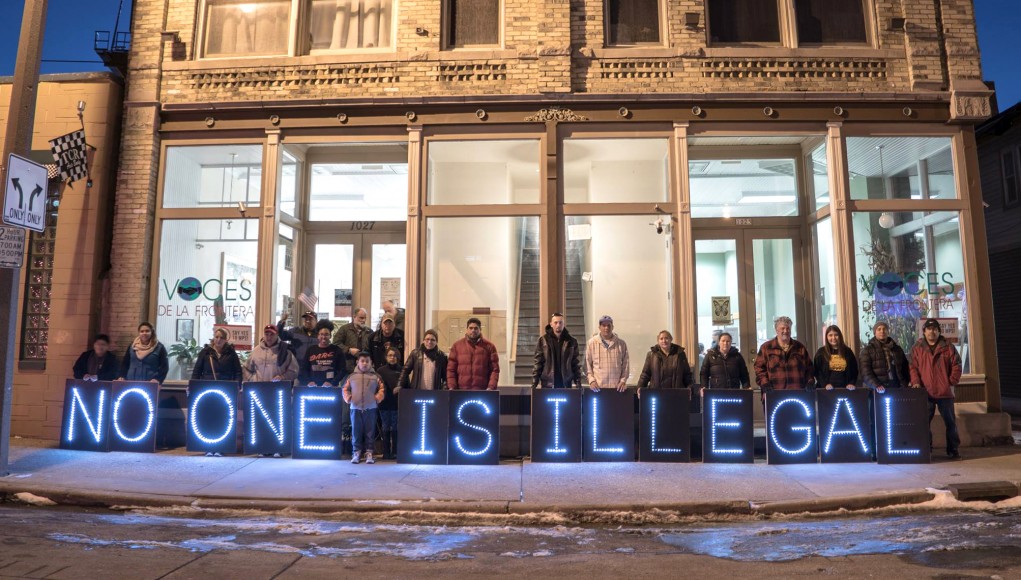 One of the bills in question, SB 533, places restrictions on local governments’ ability to issue local identification cards to people who cannot access a state ID, a measure already jointly approved by the Milwaukee Common Council and the Milwaukee County Board of Supervisors. The other bill, AB 450, fines local governments that bar police from inquiring about the immigration status of those charged with a crime.

That these bills put an undue burden on Latinos had already been argued in numerous letters and emails to legislators, but some state legislators have trouble hearing the voices of those they presume to represent and govern. The presence of more than 20,000 people of diverse ages, races, and ethnicities at the Capitol lets members of the legislature see what they refused to hear.

Statewide, the event showed how significant are Latino contributions to the work of Wisconsin; if Latinos are not on the job, business is hampered. According to a University of Wisconsin study, 40 percent of the hired help on dairy farms are immigrants. The Dairy Business Association opposed these bills.

Some business owners realize how important Latino workers are and facilitated their ability to join the protest in Madison. Foremost among them is Ernesto Villareal, owner of El Rey Groceries. Never before in his 38 years in business, not even on Christmas, has he closed his stores. But on Feb. 18, for the first time, El Rey stores were closed so that Villareal and El Rey employees could go to the Capitol in Madison to be seen and heard.

The attention on Villareal served to highlight a significant Latino contribution to Milwaukee’s economy and an impressive, a mind-boggling, work record. El Día Sin Latinos had another important benefit, one that has drawn less attention: the rare opportunity for students to participate in history as it is being made. 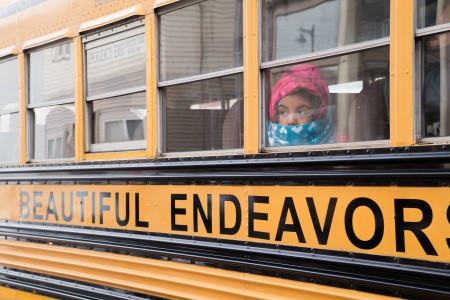 El Día Sin Latinos was one of those rare opportunities for teachers as well as students. Students returning to their classrooms will bring insights and energy, material for in-depth discussion, into their daily lessons. They may bring their new sense of being active agents in their communities. They may return to look at their community in a new way, and begin to see themselves as people who could analyze community issues and join with others in working to find remedies for their issues. They should be encouraged to do so.

This is what happened to the young people engaged in the fair housing struggle almost 50 years ago. I know many of those who were then teenagers. We are now elders and grandparents who have lived these years as committed to social justice now as we were then.

More recently, I worked with students in Milwaukee studying the Milwaukee civil rights history. They worked hard, interviewing participants, doing archival research, putting together a museum exhibit shown at the Arts@Large Gallery. After the project was over, they couldn’t let go. They organized civil rights tours of Milwaukee and gave the tour to more than 500 people. They organized a youth leadership conference attended by 100 students from across Milwaukee. One of their teachers said to me, “You think these students have always been super-achievers, right? Well, you should know they’re at this school because they failed elsewhere. This project has turned them into super-achievers.”

What they learned from the Milwaukee civil rights movement gave them a model, helped them form goals and realize they could achieve those goals. They began to see themselves as people who could analyze community issues and join with others in working to find remedies for their issues. They were helped by the wise guidance of their amazing teachers.

Another project focused on the Mississippi Freedom Summer with students from eight Milwaukee schools and resulted in a similar remarkable energizing of students. What had the greatest impact on the students was the opportunity to talk firsthand, one on one, with those who participated in these movements.

Students participating themselves in El Día Sin Latinos had the rare experience of being themselves part of an historic event, an unprecedented general strike of Wisconsin workers. A picture of these students on the march with so many others in Madison posted on Facebook drew a comment: “Voters. Voters.”

Soon these students will be of age. Already civic-minded, they will be voters. They are likely to be actively engaged in working for social justice. The students who participated in El Día Sin Latinos carry forth our hope for the future of a beloved community.