You are here: Home / Community Voices / Keeping our eyes on the prize
Share this... 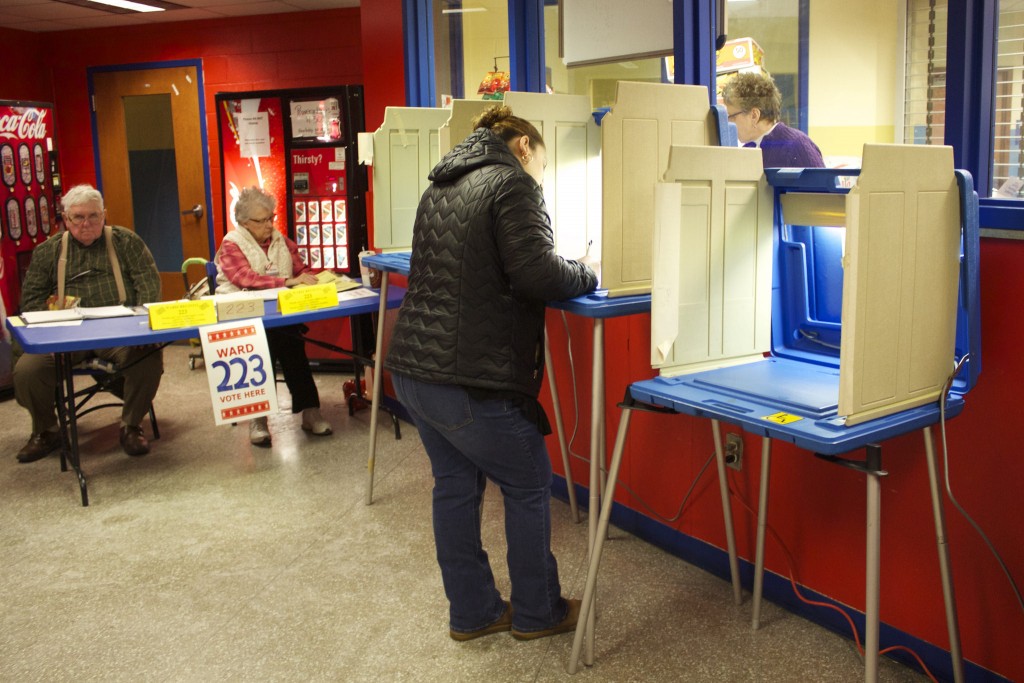 (Photo by Emmy A. Yates)

My grandchildren and I were playing a game of bocci in their yard a few days ago. As I was about to take my turn, one of them glanced over her shoulder and exclaimed, “Oh, look, there’s Jessica!” I stopped, turned, but saw no one. “Made you look!” She laughed.

I remember that feeling from my own childhood, the glee at having made another lose her focus and do your will. I remember as well being on the other side of that, the embarrassment at having been gullible enough to trust a sibling or friend.

Now as an adult who hasn’t played that game in years, I puzzle over the joy of anyone who calls us to look and the shame of all those who trust that there is something real to look at. Why not the other way around? Why not shame for the one who tries to fool others?

In this election year, there seem to be more than the usual number of candidates who call “oh, look” in an attempt to divert attention away from real issues. On the national level, they shout, “Oh, look, it’s immigrants, it’s Muslims.” On all levels, speaking usually in code, some candidates blame African-Americans, teachers, lesbian, gay or transgendered people, those on food stamps, those without jobs, women, protestors, unions or fill-in-the blank with any group a candidate wants us to imagine causes problems.

Candidates who play this child’s game include, of course, Republican Donald Trump, but also Republican back-up choice Ted Cruz who, given the bombing in Brussels, responds by saying that he thinks we need preemptory surveillance of Muslim neighborhoods.

Their game playing is much more hurtful than the momentary glee on one side and chagrin on the other of the childhood game. Cruz’s statement is based on the destructive idea that some people should be treated as guilty simply because of their ethnicity, race or religion. His statement also is based on a belief that neighborhoods are, and perhaps should be, segregated so that some citizens can be subjected more easily to such treatment. Like so many of his counterparts up and down the ticket, he would undo a century of progress toward forming a more perfect union, the goal of the Constitution of the United States.

Other candidates play this game using the issue of taxes. “Oh, look, I held (or will hold) taxes down.” So we save a few dollars on this year’s tax bills. But then roads, bridges, parks, parking lots, mental health facilities, veterans’ services, schools and other institutions all suffer. This year in Milwaukee County particular attention is on the Mitchell Park Domes, where whatever small dollars were saved from deferred maintenance year to year has added up to a hefty sum.

The real issue to stay focused on is the common good. Where and how can we best invest in a healthy, well-maintained, thriving city, county, state and nation? Now that we know the Domes have fallen into a sad state of disrepair, we have to ask what else has been neglected for the past decade. “Oh, look,” these politicians say, and when we do, we find that we’re in danger of losing electoral control of public schools. We may also find our rights to clean air and safe water given away to polluting corporations and private interests. Such politicians are not public servants; they are self-serving.

I want to keep my eyes on institutions that serve the common good. I want them to be properly maintained and supported, to thrive. Yes, I may save a few dollars in taxes when support for community-building institutions is cut, but those dollars do not determine my vote. I want to vote for women and men who value the common good.

As a person who got her start in social justice movements working on a voter registration campaign, I want to see voting encouraged and voters respected rather than manipulated. Shame on candidates who think all they have to do is to call “oh, look here” to mislead voters.