You are here: Home / Posts from Community / Housing Authority, Legal Action receive $100,000 grant to assist youth with reentry
Share this... 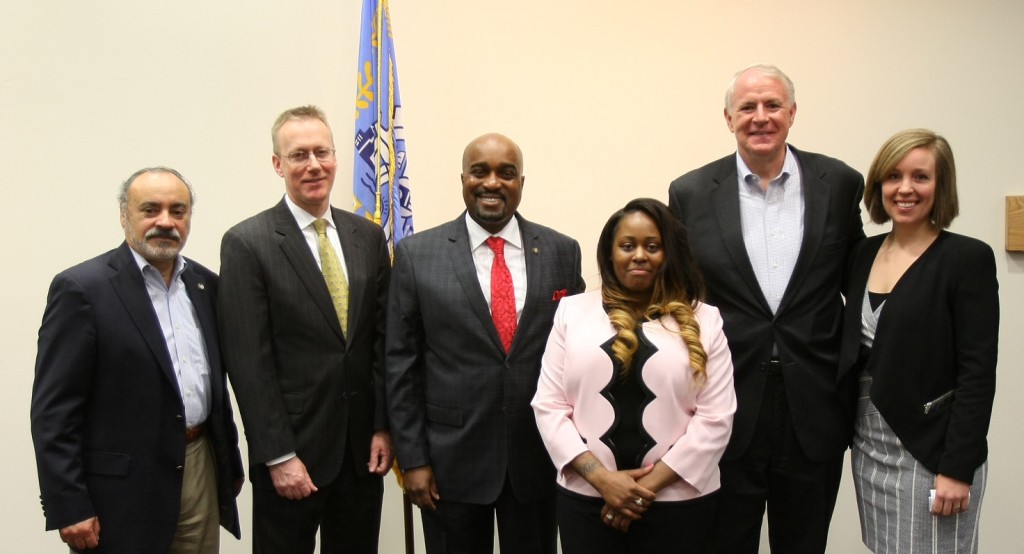 Federal officials announced Monday that the Housing Authority of the City of Milwaukee (HACM) and Legal Action of Wisconsin had won a $100,000 Juvenile Re-entry Assistance Program (JRAP) grant to help young adults move beyond their involvement with the justice system to find jobs, housing and other opportunities.

The grant, funded through DOJ’s Second Chance Act funds, will allow HACM and Legal Action of Wisconsin to eliminate barriers to education, employment and housing for public housing residents up to 24 years old who have a criminal record. The goals include expungement, sealed records and legal representation that would lessen the long-term consequences of legal trouble. The grant will be supplemented by a $25,000 match from HACM and Legal Action.

“Milwaukee’s future depends on our ability to help young adults become productive, responsible citizens,” said Mayor Barrett. “This investment will give young residents who have paid their debt for non-violent low-level offenses the opportunity to avoid spiraling into a cycle of violence, poverty and incarceration. It gives hope for second chances that can save lives and build a stronger community.”

Riley said: “Helping juveniles be gainfully employed upon reentry costs a fraction of the cost if we do not reduce recidivism. This is a cost-effective investment to help lift those impacted out of hopelessness and get them back on the right path.”

The Obama Administration has taken major steps to make our criminal justice system fairer, more efficient, and more effective at reducing recidivism and helping formerly incarcerated individuals contribute to their communities.  An important part of that commitment is preparing those who have paid their debt to society for substantive opportunities beyond the prison gates, and addressing obstacles to successful reentry that too many returning citizens encounter.

“In this life’s play, the one in which young people make amends to society, it is incumbent for all of those involved that their next chapter stands to be different than the prior one,” said HACM’s Tony Pérez. “Thus, access to housing, education, training and ultimately employment demands from them and us a fair chance for them. These funds will assist in a strategy that supports a credible path forward.”

David Pifer, Executive Director of Legal Action of Wisconsin, said:  “Legal Action welcomes the opportunity to work with HACM to provide free legal assistance to young people – HACM residents or family members of residents – to reduce legal and other barriers that may complicate their reentry and produce unfair lingering effects of their time in the justice system.”

At the grant announcement, Legal Action client Francesca Yerks discussed the positive impact of services similar to those that will be supported by the grant: “I was denied a position at a bank due to the theft ticket that was on my criminal background. With the help of WestCare Wisconsin and Legal Action of Wisconsin, I was able to get the ticket expunged. This expungement opened the door for me to get a job in banking and to other employment opportunities.” Ms. Yerks begins a new job with the city of Milwaukee on May 3, 2016.

HACM and Legal Action will use the grant to provide direct legal assistance to 70 individuals and educational outreach to at least 200 young adults have been involved in the justice system.

The Housing Authority of the City of Milwaukee provides affordable housing options to over 11,000 families, older adults and adults with disabilities in the city of Milwaukee. HACM works to foster strong, resilient and inclusive communities by providing a continuum of high-quality housing options that support self-sufficiency, good quality of life, and the opportunity to thrive.

About Housing Authority of the City of Milwaukee