You are here: Home / Home / Carousel / Washington Park teens explain ‘hidden identity of the hijab’ in animated video
Share this... 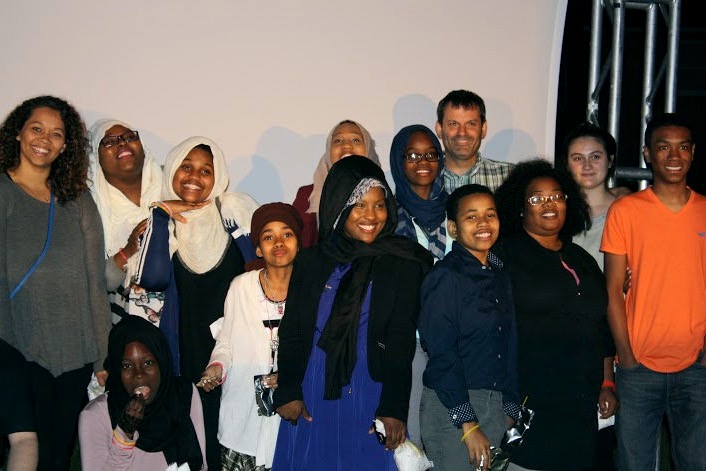 Our Next Generation students collaborated to create a video about the hijab. (Photo Courtesy of Ali Carlucci, A.W.E.)

Ayan Hassan, 15, a student at Rufus King International School, was almost barred from competing in a cross-country race because she was wearing a hijab. A referee asked her to remove it, but after her coach intervened, she was allowed to run.

Hassan had the opportunity to recount her experience while working on a project with the High School Connection Program at Our Next Generation, Artists Working in Education (A.W.E.) and Safe & Sound.

Other students in the program had similar experiences. They were asked to remove their hijabs in public places such as a skating rink and the airport. These incidents inspired the students to create a video with animations they drew themselves, accompanied by voiceovers sharing their experiences wearing the hijab.

“It was the first time I felt different,” Hassan said in the video.

Hassan said she did not notice what the incident meant to her until she began working on the project. “I didn’t realize I was really affected by it until I talked about how I felt,” Hassan said. 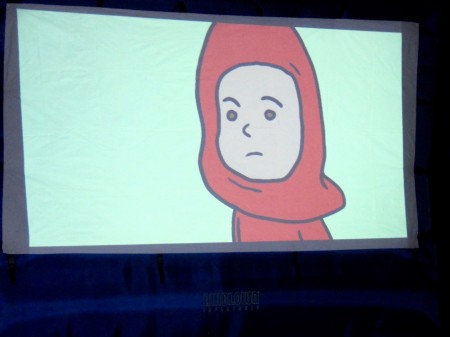 A student created this animation for the video. (Photo by Rebecca Carballo)

Abubakar Ali, a project team member and student at South Division High School, said he hopes the video gives people a deeper understanding of the hijab.

“There is a lot more to it, and we want to explain what it really means,” Ali said.

The girls who shared their stories emphasized that the hijab is not a form of oppression, as some might think, but a choice. They said they should be able to wear it where they like.

Hawa Abullahi, a 16-year-old student at Rufus King, said she hopes the project challenges negative stereotypes of Muslim culture perpetuated by the media.

Fifteen-year-old Anisa Hassan, a student at Salam School who also worked on the project, said culture should not be divisive.

“We’re all human,” Hassan said. “There is nothing different about us.”

The video is the first to be completed of A.W.E.’s 5×3 projects. A.W.E. will fund five different projects over three years. The projects will be created by students from five Milwaukee neighborhoods who will choose their medium and message.

The curriculum was designed for the students to have complete creative control, according to Ali Carlucci, A.W.E. program director. They chose every aspect of the project, including the artists they worked with.

“This is about revealing their story,” said Carlucci. “We wanted to create a safe space where they can share their ideas.”

The students wrote the script themselves and local artists Alberto Rios and Jon Brown helped make their story come to life through animation.

Brown said it was a challenge, but he liked working with the students and using technology to create the animations. Rios noted that he learned a lot about the hijab from the students.

Before the unveiling of the video, 12-year-old Hasna Sheikh, a student at Milwaukee Math and Science Academy, shared a poem she wrote called “Me Myself and My Scarf,” about the meaning the hijab has for her.

“There is one thing that is special to me, my scarf,” Sheikh said. “It’s more than just clothing to me.”