You are here: Home / Home / Carousel / Founder of innovative Alliance School to depart Milwaukee
Share this... 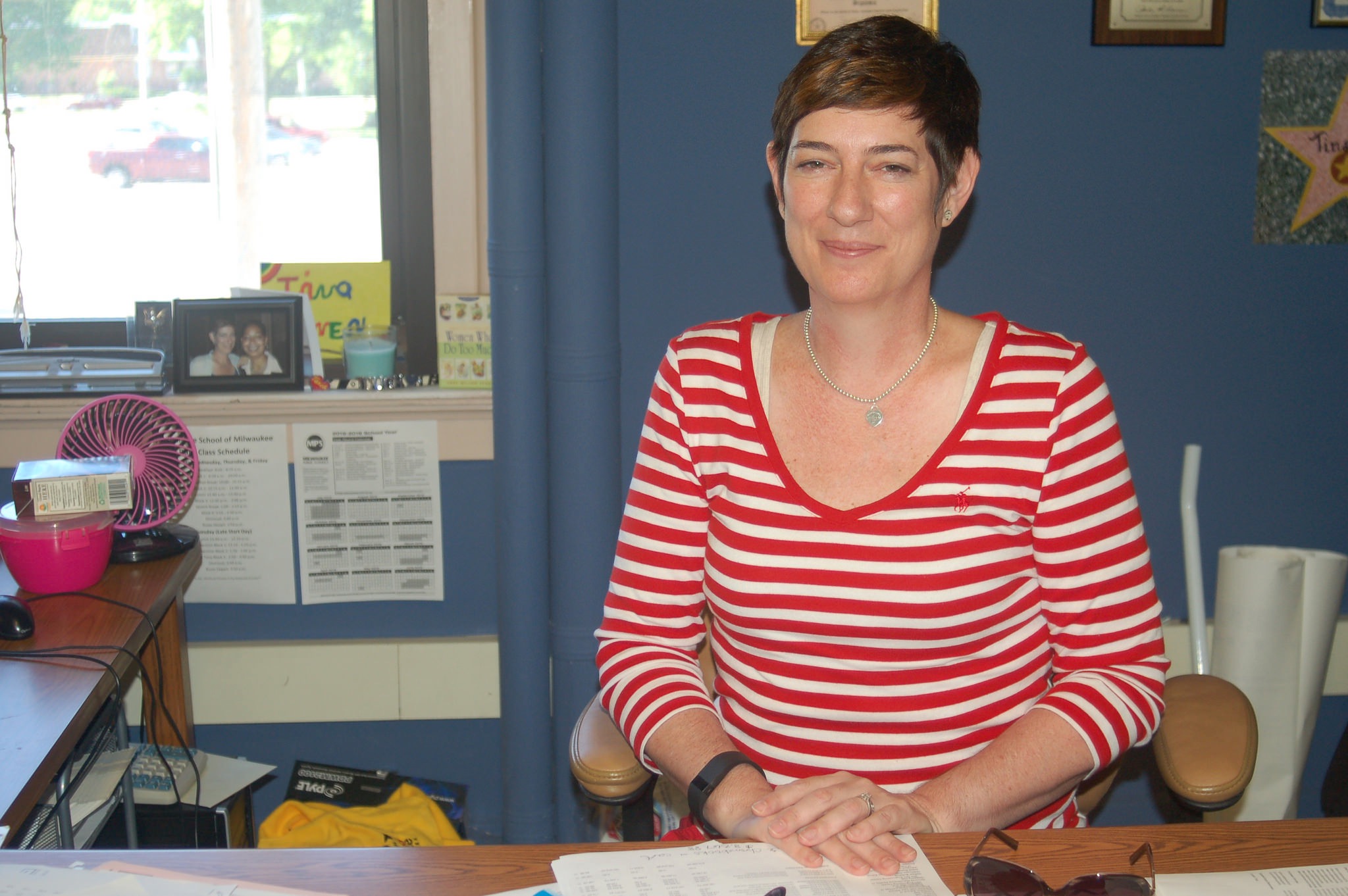 Tina Owen-Moore, founder of Alliance School of Milwaukee, is leaving the school to pursue her doctoral degree at Harvard. (Photo by Edgar Mendez)

Tina Owen-Moore, founder and lead teacher at Alliance School of Milwaukee, 850 W. Walnut Way, will be leaving the school at the end of the month to pursue a doctoral degree at Harvard University.

Spurred by her childhood experiences of being bullied and from teaching in large Milwaukee high schools where bullying often went unaddressed, Owen-Moore founded the instrumentality charter school — recently named as one of the 41 most innovative in the country — in 2005 with a mission of creating a safe and inclusive environment.

Milwaukee Public Schools spokesman Tony Tagliavia said in a statement, “We are grateful for Ms. Owen-Moore’s efforts to create and develop Alliance School, creating an environment that is truly open and welcoming to all.”

The school was the first in the nation to start with a mission of anti-bullying, and countless students, many of whom identify as LGBT, have found solace from abusive or violent situations there, said Owen-Moore.

“We don’t let things like bullying go unaddressed here,” said Owen-Moore, who will study educational leadership and policy at Harvard. 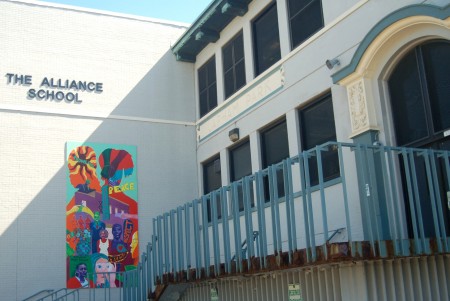 The Alliance School of Milwaukee, located at 850 W. Walnut St., was named one of the 41 most innovative schools in America in 2015. (Photo by Edgar Mendez)

Among those who found relief at Alliance was Lee Werner, who was a member of the school’s inaugural class and would become its first student to graduate. Werner now provides services to the homeless through his work at Outreach Community Health Centers. He met Owen-Moore while participating in Project Q, a youth program based at the Milwaukee LGBT Community Center.

Owen-Moore told the youth at Project Q about her plans to open a school. The teenagers would accompany her to MPS board meetings, where they testified about the abuse they suffered at other schools and the need for a safe haven such as Alliance. Werner, who identifies as trans, considers the school his savior.

“I was planning to drop out of school or even kill myself before I went there,” Werner said.

He said Owen-Moore and the additional staff at the school knew how to work with students who suffered from trauma or didn’t fit the social norm.

One of the methods used at the school to promote inclusion and address conflict are daily “circles” in which students and teachers gather to discuss concerns. It was during a recent circle that Owen-Moore broke the news about her departure to students and staff. Among them was graduating senior Tamiya Gates, who, like many Alliance students, transferred there from another MPS school.

“I got welcomed with open arms there; everyone was really nice to me,” said Gates, who described her previous school experiences as disruptive and violent.

Gates will attend MATC in the fall and said she will miss the one-on-one attention she received from Owen-Moore.

“Tina [Owen-Moore] was like a mom to me; I could talk to her about anything,” said Gates.

Owen-Moore, who founded the Gay/Straight Alliance at MPS, said though the decision to leave Alliance was tough, it was the correct choice. 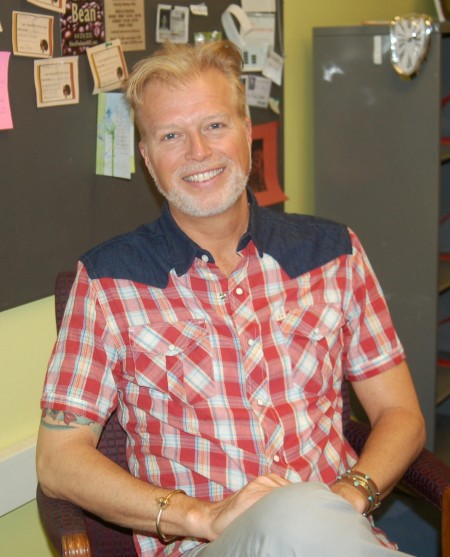 Allan Laird, who has served as a special education teacher at Alliance, will assume the role of lead teacher. (Photo by Edgar Mendez)

“The school is going so well right now and all that’s going on in the world with LGBT inclusiveness tells me the time is now,” said Owen-Moore, who will receive a full scholarship and free housing at Harvard.

Allan Laird, who has taught special education at the school since 2013 and at MPS for 12 years, is replacing her as lead teacher. A printer paper salesman before finding his calling in education, Laird said Owen-Moore’s mentorship prepared him and the rest of the staff to carry on the mission she established at Alliance.

“This is her body and blood here. We can’t be Tina but if we move forward in a loving and supportive way it will work,” Laird said.

Alliance is working with MPS to develop more AP offerings for next year, and is also planning a mural for the front of the school, a result of the school’s partnership with Artists Working in Education, said Laird.

“And we will continue to be a leader in working with the most marginalized students,” Laird added.

It’s a bittersweet departure for Owen-Moore, who founded the school during a time when identifying as lesbian or gay was much less culturally accepted, she said. Now, she fields calls from administrators across the nation who view her as an expert in preventive practices and LGBT inclusiveness at schools, and ask her how she created the environment at Alliance, she said.

“My belief is if you get kids to know each other well and see themselves in others, they’re less likely to harm one another,” Owen-Moore said.