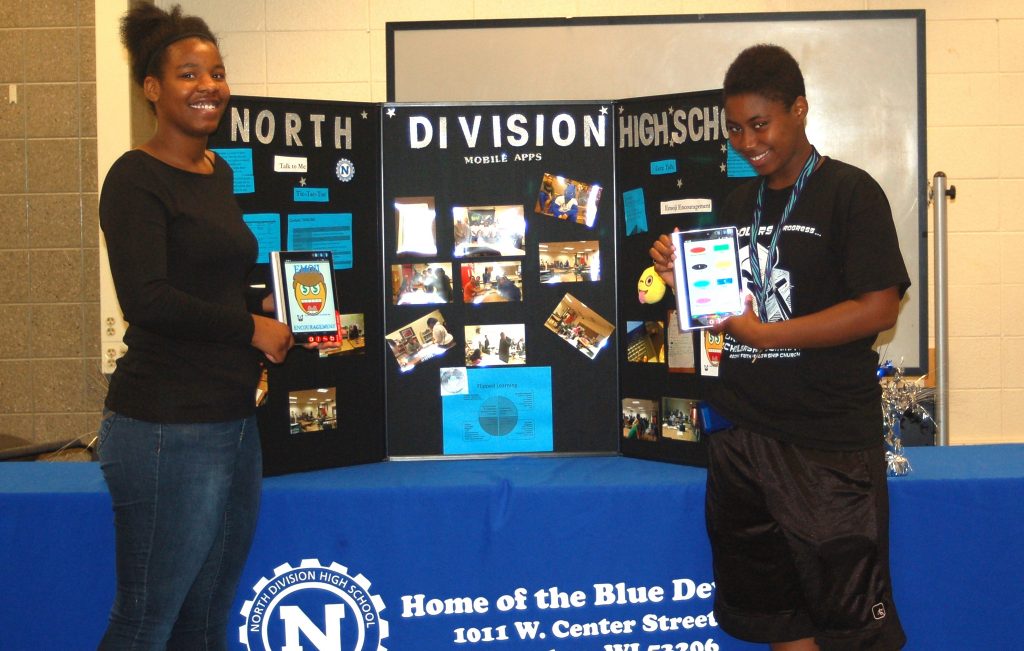 Tatiana Loyd and Qiaira Mathews pose with their app displayed on tablets. (Photo by Rebecca Carballo)

North Division High school students Tatiana Loyd and Qiaira Mathews, who designed a mobile app to comfort children who suffer from serious diseases, currently hold second place in a national app-making contest. They are trying to rally enough support to win the Fan Favorite competition before voting closes on July 19.

Their app is one of six finalists in the NAF and Lenovo Scholars Network National Mobile Apps contest.

Mathews, a junior, got the idea for the app, “Emoji Encouragement,” from her aunt who works at a hospital and often needs to comfort patients. Loyd, a senior, said she liked the concept because she was frequently in and out of the hospital as a child.

“When she came to me with the idea I was in love with it,” Loyd said. “If I would have had this it would have been helpful because the nurses couldn’t be with me every minute of the day.” 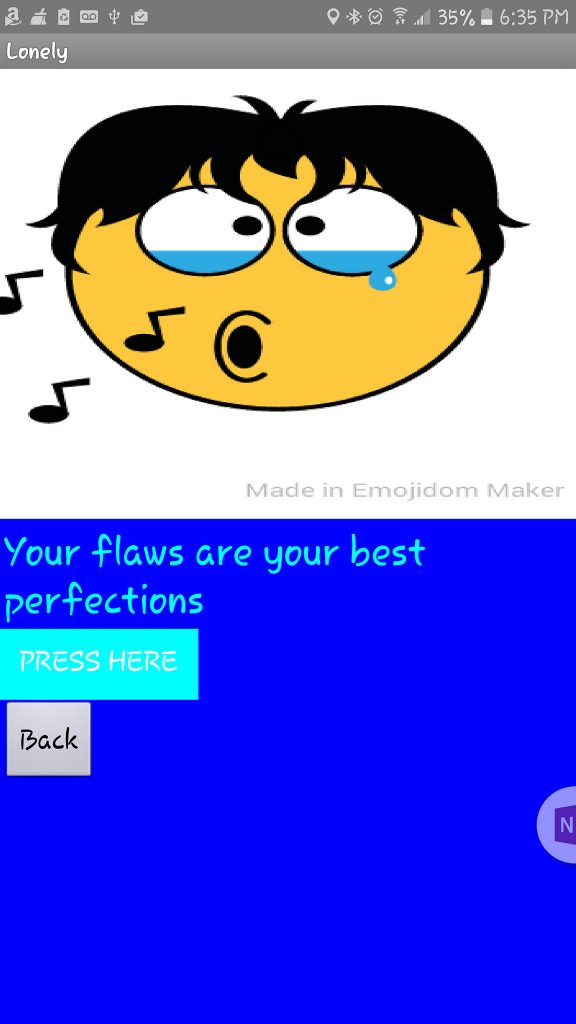 The two teamed up in a computer science class and began to develop the app.

Users rate their mood on a scale of 1-10, and the app provides an encouraging phrase accompanied by an emoji the girls designed themselves. “Apple doesn’t have these emojis but they’re going to want them,” Mathews said with a smile.

The teens have a light-hearted demeanor, but they worked tirelessly. At one point they had to start over after an incident where all their work was erased. Loyd said the months spent on “Emoji Encouragement” was worth it because the app was personal to them. “We put ourselves in the app just as much as we put in time,” Loyd said.

Matthews said they worked on the app from November 2015 until April. During this time they created 15-20 phrases of encouragement for each mood, such as “broken-hearted” or “joyful.”

One of the phrases for “broken-hearted” is “I know you can handle this.” If a child chooses “joyful,” one he or she may hear,“You are beautiful in every single way.”

The students’ unwavering effort did not go unnoticed. Melissa DeFalco Menge, their computer science teacher was impressed by their work ethic.

“These girls are dedicated,” DeFalco Menge said. “Not everyone was positive about them winning, but they took the hits and they kept going.”

“Even though it was time consuming, mind wrecking, frustrating — it was overall a real fun experience,” Loyd said. “I like doing it because it helps bring your ideas to life.”

DeFalco Menge raved about “Emoji Encouragement.” She said she has shown the app to multiple people and they all had positive reactions. “Once you start to show the app to people they start to smile,” DeFalco Menge added.

The app also received good reviews on Google Play, where it is rated 4.8 stars.

Loyd and Matthews have been spreading the word through social media and word of mouth. They are looking into visiting Children’s Hospital of Wisconsin to have some of the patients try the app.

“The one thing I want is to work with the kids this app is made for,” Loyd said. “After that I don’t even care if we win fan favorite. I just want to see if the app can do what it’s actually supposed to do.”