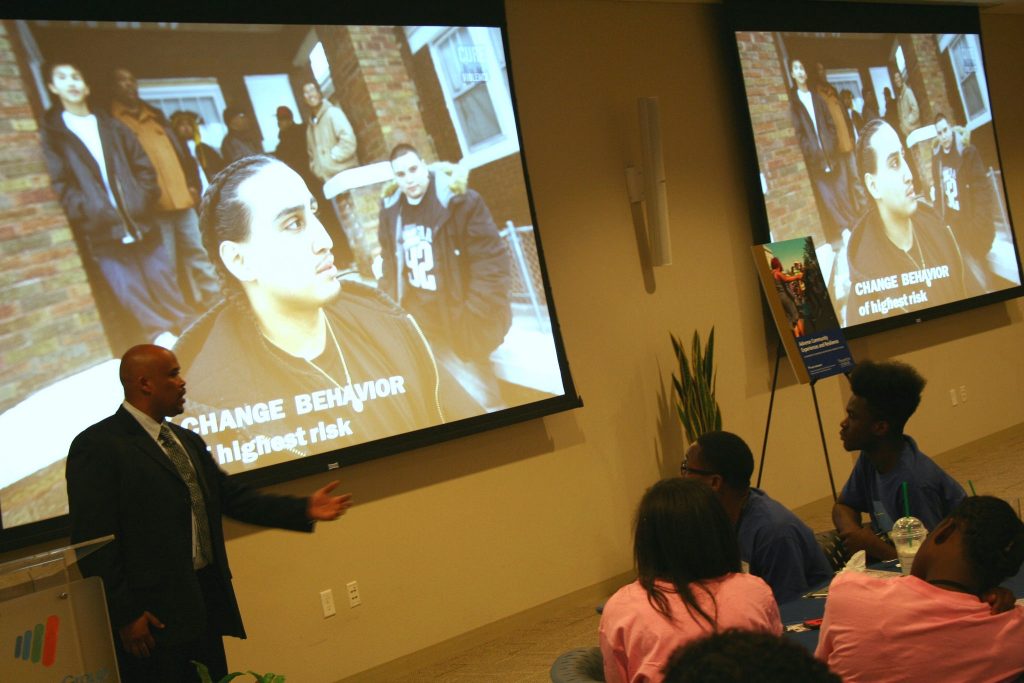 Marcus McAllister addresses a group of young people at an Office of Violence Prevention lunch. (Photo by Jabril Faraj)

When 18-year-old Dontazsha Duncan’s best friend was shot and killed last year in retaliation for another shooting she wanted to do something, to get involved.

“It just felt like when they took her they took a part of me,” said Duncan. “It’s not only just her. The community, it needs a change — there’s so many people dying. The violence needs to stop.”

Duncan is one of 12 H.O.O.D. (Helping Others Obtain Direction) Ambassadors who have undergone four days of intensive training in connection with Safe Zones, a city-funded initiative now in its second year. The ambassadors received training in trauma-informed care, identifying human trafficking, restorative justice, mediation and conflict resolution, as well as violence prevention, intervention and de-escalation. Their goal is to help stop the spread of violence in two of Milwaukee’s most challenged neighborhoods.

“No epidemic … has ever been changed by someone from the outside — it’s always communities who are at the leading edge. It’s young people, residents that are able to make these shifts,” said Brent Decker, chief program officer at Cure Violence, an international organization that views violence as a public health issue.

Decker and his colleague Marcus McAllister addressed Milwaukee police, community leaders, and state and local elected officials during a recent lunch hosted by the City of Milwaukee Office of Violence Prevention (OVP). 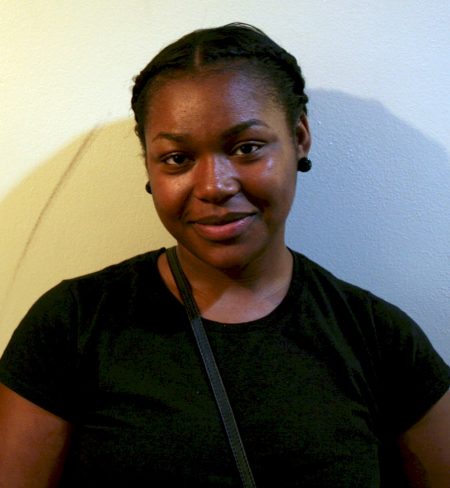 Dontazsha Duncan became a Safe Zones ambassador after her best friend was shot and killed. (Photo by Jabril Faraj)

The Safe Zones Initiative is receiving increased attention as the City of Milwaukee seeks to put a dent in violence. In 2015, only one homicide occurred in Garden Homes, where Safe Zones began work last summer. City officials emphasized Safe Zones when aldermen unveiled a community-driven approach to anti-violence earlier this year.

“I think there are a lot of neighborhoods in the City of Milwaukee that could benefit from this type of strategy,” said Common Council President Ashanti Hamilton.

Of the 153 homicides in 2015, 88 percent of those killed were male, 84 percent were African-American and 46 percent were individuals between the ages of 18 and 29. Milwaukee’s poverty rate of 29 percent is almost twice the national average; the city has some of the lowest employment rates in the country for African-Americans, particularly black men; and Wisconsin incarcerates black males at a rate almost twice the national average.

“The end goal, really, is a stronger, empowered neighborhood,” said Khalil Coleman, a co-founder of Safe Zones. “A stronger community with resources behind it, with employment behind it and with people of credibility and influence and value who become advocates for their own neighborhood.”

Safe Zones is modeled on the Cure Violence approach, which views violence as a disease. Decker said violence behaves like an epidemic — it is contagious, affects certain age groups, is clustered in specific areas, and incidents ebb and flow over time. Consequently, it can be cured like an epidemic.

McAllister, a national community coordinator for Cure Violence who served a 10-year prison sentence before he was 30, said he was once “infected with violence.” When he got out, McAllister couldn’t find a job so he resorted to selling drugs to get by. He said, despite what he was doing, he was trusted, respected and well known in the Chicago area neighborhood where he lived. In 2004, McAllister became involved with Cure Violence, which he said changed his life and made him want to do better.

“I love that we save lives, but we save our own lives first,” he said.

Hamilton said the program “reaches folks that, traditionally, we wouldn’t reach” and OVP Director Reggie Moore pointed out that there is often “a thin line between a perpetrator and a victim.”

According to David Muhammad, a violence prevention manager at the Milwaukee Health Department, “Violence is really symptomatic of a lot of other factors that impact and are compounded in the lives of people who live in economically distressed environments.”

Muhammad added it’s important to view violence as “something that impacts more than just the … immediate victim.”

But, according to McAllister, it’s that experience with violence that can help individuals to identify and stop it. “If you hire and you work with organizations, groups of people who grew up there, know the neighborhood, know who’s involved in what, they get ahead of this stuff,” he said.

Though the Safe Zones Initiative shares many similarities with Cure Violence, it is a distinct model. Because of financial constraints, Safe Zones has focused on training and employing ambassadors, but the initiative’s founders envision a three-pronged approach, which would include restorative justice in corrections, and police accountability.

Moore said it’s important that “the systems and the services that show up in our communities,” including police, treat people with dignity and respect. He said a lack of trust in government can cause people to “take issues into their own hands.” 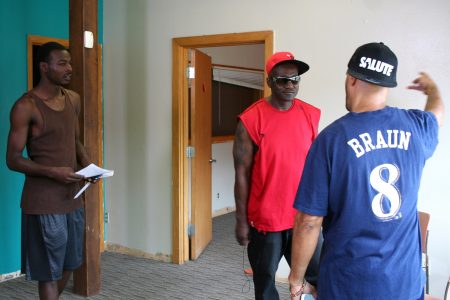 Last year, Hamilton said the Milwaukee Police Department (MPD) needed to cooperate more with the initiative for it to succeed. So far this year, no official agreement or understanding has been reached between Safe Zones and MPD. However, Coleman said the initiative’s partnership with OVP and the Health Department has provided access to crime data that should help it be more strategic.

“The very first reality that we have to recognize is that, in that relationship, the police are the ones with the power — both physical power and the state-sanctioned power. So, within that power relationship, that much greater responsibility is put onto the police department to cultivate and demonstrate trust. And, I think the community will follow suit,” he said.

Safe Zones received $50,000 in Community Development Block Grant funding in 2015 to work in Garden Homes from June until August. This year, the initiative was awarded $75,000 in the annual budget for work in two neighborhoods, Garden Homes and adjacent Franklin Heights. Moore said he expects to see $37,500 of Milwaukee County money directed toward the initiative, as well.

Hamilton, who wants to see the program expanded across the city, said it needs more resources to have the impact it is capable of. “This is not enough funding,” he said. “This is not a summer program. This is a year-round strategy.”

In New York City, Cure Violence is working in about half of the city’s crime hotspots with an annual budget of about $12 million. In Chicago, 20 neighborhoods receive a total of $4.9 million yearly. And in Baltimore five areas are funded at just under $4 million. Hamilton said it would take about $250,000 to fully fund a Safe Zones neighborhood with all aspects of the program, year-round.

“If you think about how much one homicide actually costs a city … it’s just really not that expensive of a program, or approach,” said Decker.

Independent evaluations funded by the United States Department of Justice and Centers for Disease Control showed a 40 to 70 percent reduction in shootings and killings in Cure Violence areas in Chicago and Baltimore.

Barrett said the city has a “moral imperative” to address violence, and that “the time is now.”

“They have something that they want to say,” she said. “If we give them the space and the outlet to really express how they feel, I think that’s where the change will happen.”

Duncan added, “It feels like my life depends on it.”