You are here: Home / News / Arts and Recreation / Diverse group gathers in Alice’s Garden to address racial oppression
Share this... 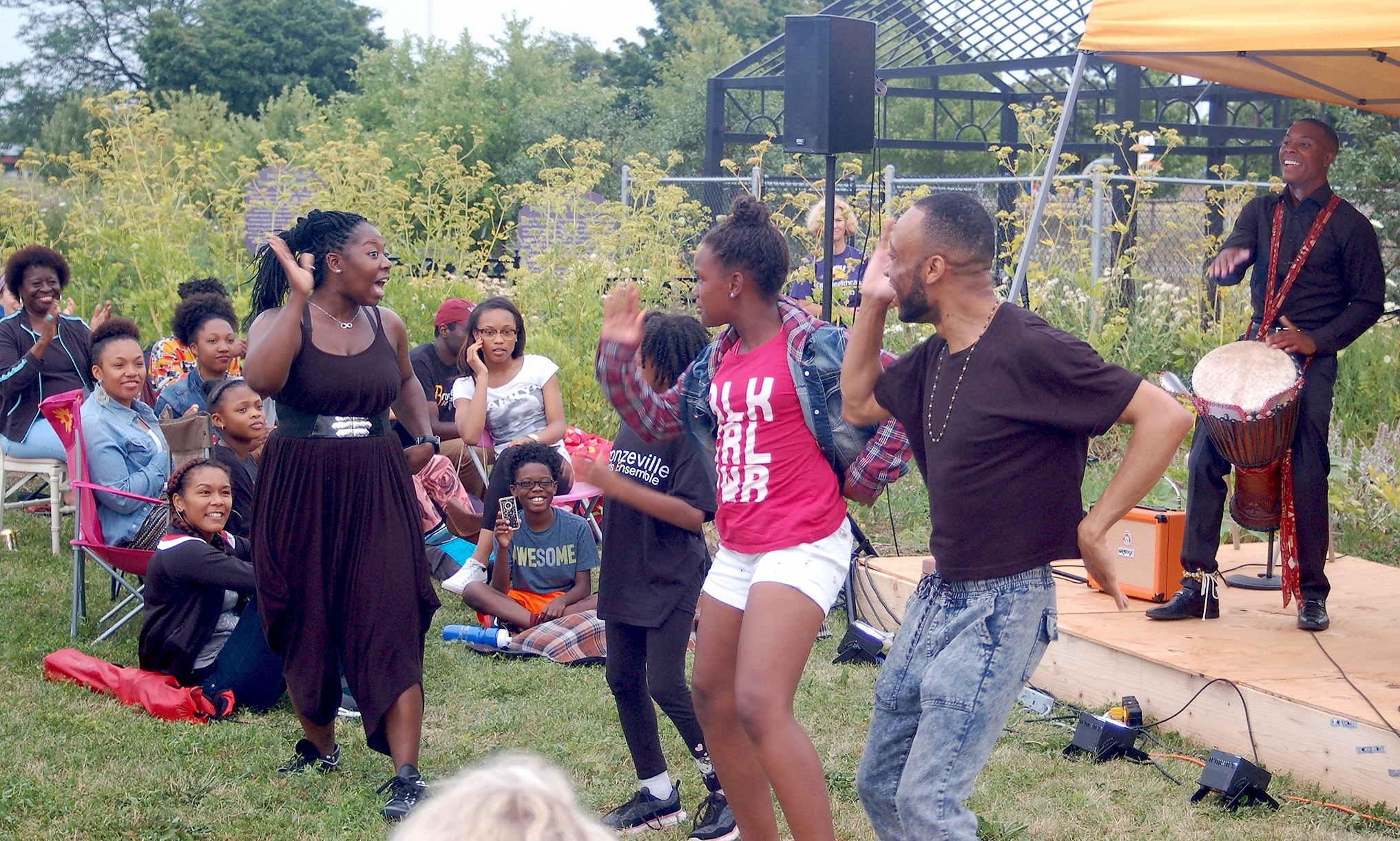 Members of the Ko-Thi Dance Company invite audience members to participate in their performance at Alice’s Garden. (Photo by Andrea Waxman)

Jazmen Powell and a friend were just passing Alice’s Garden on a recent warm evening when they were drawn in by the activity of a crowd of several hundred people. In addition to a food truck at the entrance, free food on tables scattered around the garden, and performers and speakers on stage, people of all ages and races sat on blankets, in portable chairs and at picnic tables.

The evening event was organized by local artists and activists to bring healing to the community after recent violence between the police and black men around the country. Leaders including Malkia Stampley, artistic director of Bronzeville Arts Ensemble; Venice Williams, executive director of Alice’s Garden and The Body & Soul Healing Arts Center; and Dimonte Henning, executive director of Lights! Camera! Soul! invited other performing artists and activists to address issues surrounding the Black Lives Matter movement at Alice’s Garden, 2136 N. 21st St. The public was also invited. 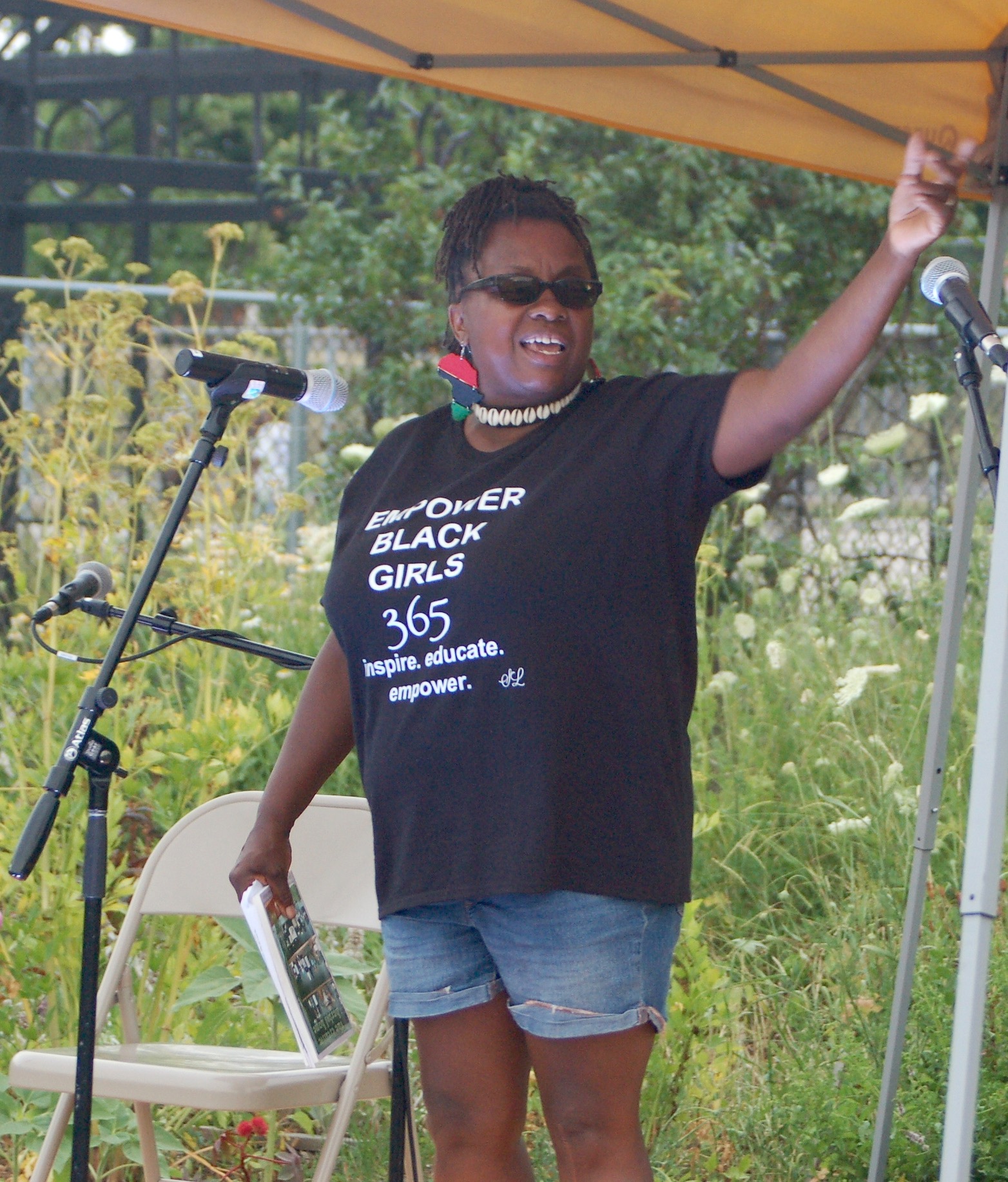 “This relates to us, to me personally,” said Powell, who is living in a homeless shelter, of the racial injustices being addressed from the stage.

Powell was raised in foster care and has been homeless off and on for several years. She noted that while black men are being killed and incarcerated, black women are being separated from their children by government authorities. She explained that she and her friend are both struggling to get their children back from Child Protective Services.

“Nobody listens. Nobody hears us,” Powell said.

From the stage, Venice Williams verbally “poured libations,” a traditional African religious practice to invoke the ancestors’ blessings, on a long list of people.

“We pour libations for the children … for (all people) in this city who lost their lives because someone thought someone of their color should not be where they were,” Williams said. The audience responded, “Ashay” (Be with us).

Nate Hamilton, a co-founder of The Coalition for Justice, spoke about his organization’s activities this week, which included a rally and protest marches downtown.

“Everything (The Coalition for Justice does) is about awareness. It’s about getting people to contribute to everyone being respected,” Hamilton said. 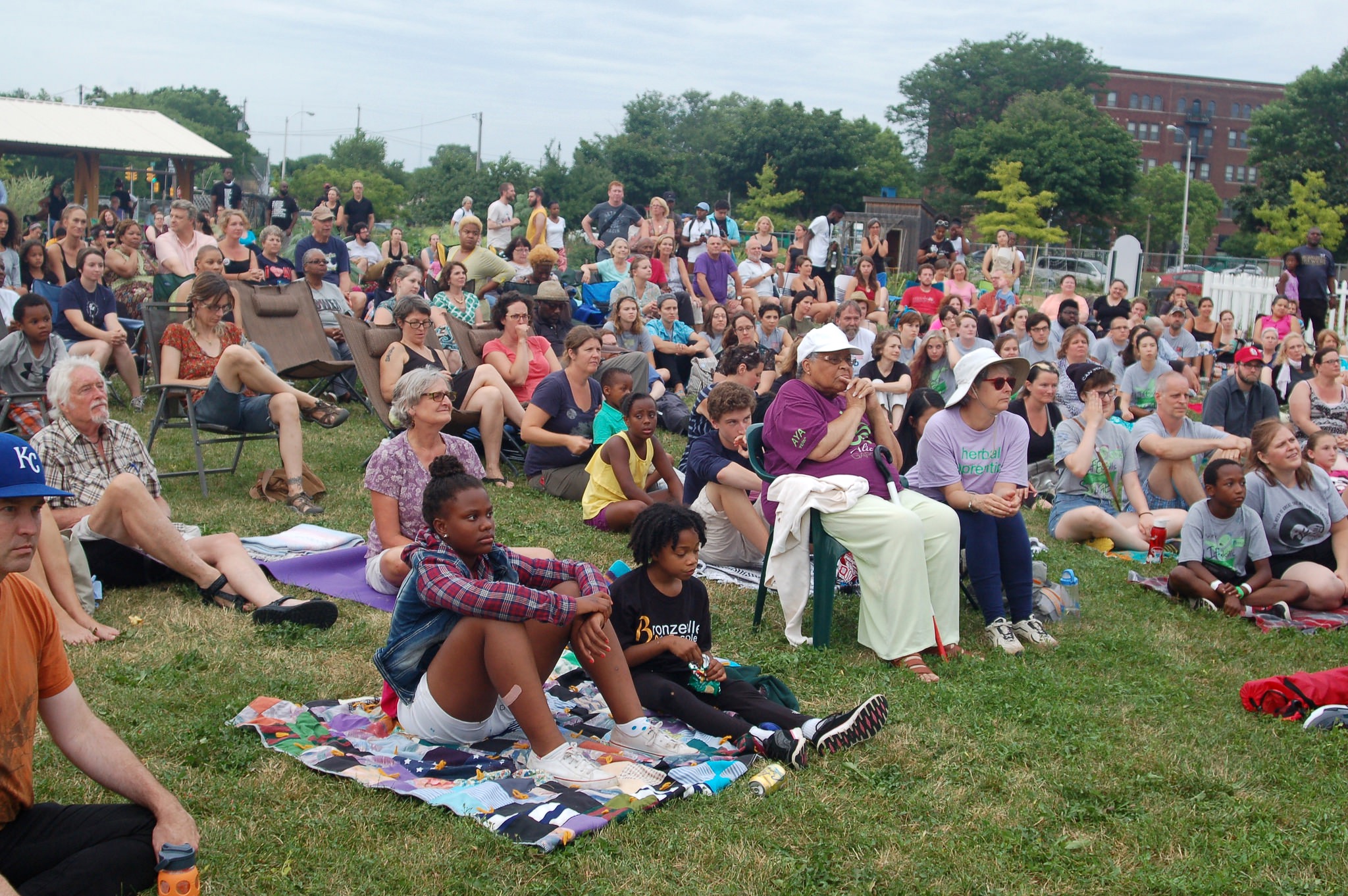 Concerned that some people react negatively to the phrase, “black lives matter,” Hamilton explained, “It doesn’t mean that your life doesn’t matter. It doesn’t mean that my life matters more. It just means that we want to be respected and we want the privileges of this land that all people have.”

Ferne Caulker, a renowned UWM professor of African dance and founder of the Ko-Thi Dance Company, performed a song that included a call to join together against oppression, Caulker urged the audience to get out and vote and called on fellow artists to “sharpen your skills … for we are at war.”

“As one of the elders in the arts community, I have to say that this is really a very emotional moment for me because I have such faith in the future just listening to these young people speak,” Caulker said.

Teen attendees Mariah Walls, Payton Stovall and “S” Wiley, who are working on a summer journalism project, said they came to connect with their community and gain experience speaking with people at public events.

Walls noted that she was most touched by a bi-racial presenter who spoke of her love for her black father.

“We always talk about getting involved (in community issues) but this was an opportunity to really do it,” she added.