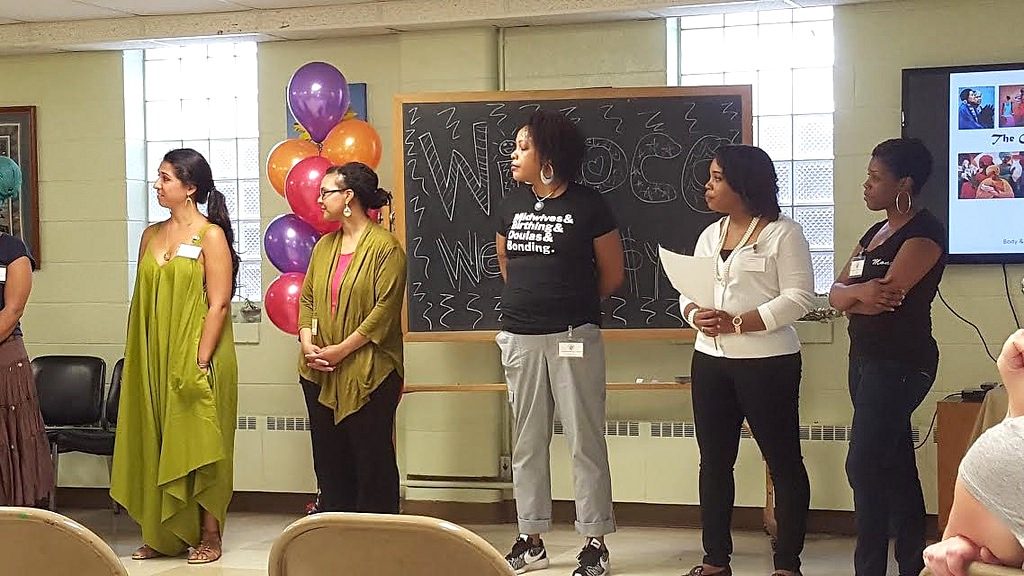 The Wisconsin Doulas of Color Collective celebrates its new home at the Body and Soul Healing Arts Center. (Photo provided by WIDOCC)

In the wee hours of the morning on July 1, 2015, Valencia Laws decided it was time to take a walk around Wilson Park. Her water had broken the night before and after eight hours of contractions she set off, accompanied by her husband and her doula, DeAnna Tharpe.

“There were people walking their dogs and I would have a contraction and have to stop,” she said. “They would be looking at me like ‘I don’t know if she’s supposed to be here.’”

But with Tharpe by her side, Laws knew she was exactly where she needed to be.

A doula provides emotional and physical support during pregnancy and birth, said Tharpe, CEO of the Wisconsin Doulas of Color Collective. “We are not medically trained but we do have CPR and NRP (neonatal resuscitation program] training. We are patient consultants and use oils and herbs for different conditions based on what the client wants.”

Formed in 2014, the Wisconsin Doulas of Color Collective offers “accessible and culturally sensitive support for pregnancy, birth and reproductive health experiences,” according to its website. 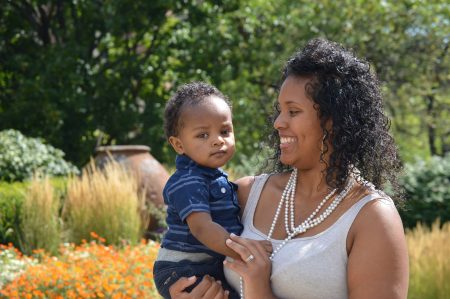 Valencia Laws is grateful for the support and encouragement she received throughout her pregnancy from the Wisconsin Doulas of Color Collective. (Photo provided by Valencia Laws)

African-American infants die at three times the rate of white infants, according to data released by the Milwaukee Health Department. Public health experts from the Center for Urban Population Health have likened Milwaukee’s infant mortality rates to those in developing nations, exceeding rates in countries such as Bosnia and Kuwait. The extreme racial disparity in rates of poor infant health and mortality is often attributed to the chronic stress of racism women of color endure.

Marisa Hernandez-De Windt, a licensed massage therapist, doula and member of the collective, noted that poor outcomes in Milwaukee don’t just touch low-income women. “These are educated black women who are having negative birth outcomes. That eroding stress of racism, no matter how successful you become, is affecting babies and it’s so sad.” She added that most doulas are white.

The state recently announced plans to cut more than $600,000 from the Wisconsin Family Foundations Comprehensive Visiting Program, an initiative created in 2011 to provide support for pregnant women and families. The program facilitates at-home assistance for families with children from birth until age 5. According to the Department for Children and Families, the funding level will be reduced by 20 percent once the new contract begins on Oct. 1. Officials warn that these cuts will reduce the program’s ability to promote health and well being among women and families in Milwaukee, potentially increasing the demand for the collective’s services.

As a first-time mom, Laws said she didn’t really know what to expect from her doula. “[She] encouraged me to speak up to doctors and helped me be stress free,” she added. “I think the collective is very supportive of mothers.”

Alicia Daniels, a Sherman Park resident and mother of five, agreed. She first utilized the services of the Doulas of Color Collective when her youngest daughter was born 11 months ago and described the process as far more manageable than previous birth experiences. “I really loved it,” she said.

The collective hosted a launch event at the Body and Soul Healing Arts Center, its new home, in late August.

“We’re not making a ton of money off it,” said Hernandez-De Windt. “We do it because we care.” Pregnant women who didn’t grow up in a nurturing home may feel powerless to provide emotional support for their children. The collective is committed to creating opportunities for women to support one another without fear of judgment.

Hernandez- De Windt takes this mission to heart. “This is a labor of love,” she said. “I feel like this is sacred work.”