You are here: Home / Home / Carousel / Proposed Clarke Square apartments to house youth aging out of foster care
Share this... 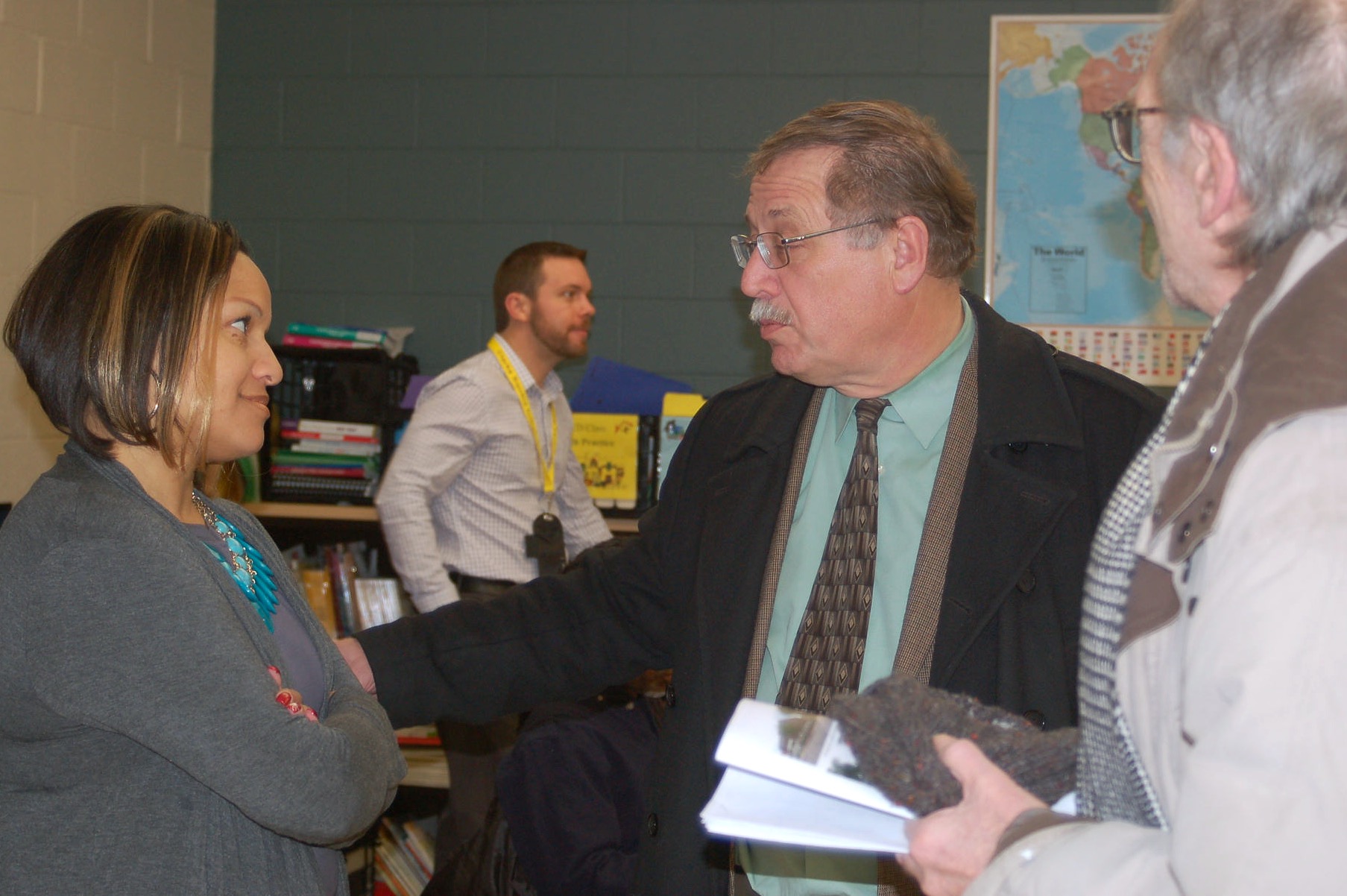 Journey House and other groups collaborating on two proposed affordable apartment buildings in Clarke Square emphasized a need for listening and compromise at a recent neighborhood meeting regarding the project, approved in early December by the city Plan Commission.

Part of the Campus Housing Initiative, the two buildings, 40 units in all, will be erected on the southeast corner of W. Vieau Place and S. 24th Street and at the northeast corner of W. Mineral and S. 24th streets. The project collaborators, Journey House, Inc., Milwaukee County’s Project O-Yeah, the city and Cardinal Capital Management, Inc., hope to open the doors in 2018.

Eight to 10 units are designated to serve young people aging out of the foster care system.

“These are motivated youth,” said Journey House CEO Michele Bria. “They have a direction and a focus but they don’t have a place to live.”

“Change can be scary at times,” said Donovan. “I think it’s sometimes just a part of human nature, that you assume things are gong to be bad when they change.” 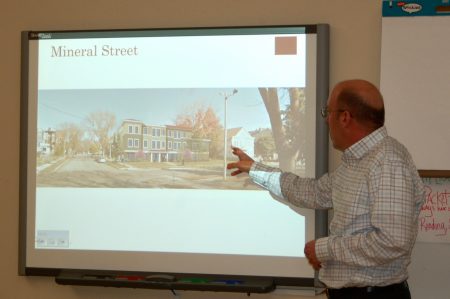 Twenty-three neighborhood residents have signed a petition opposing the project, according to Donovan’s office. Aldermanic aide Patricia Doherty added that the alderman hopes to help the parties find common ground.

Donovan suggested creating a neighborhood compact to enhance communication between Clarke Square residents and building management. Bob McCormick, director of property management for Cardinal Capital, Inc., said he would be open to such a solution.

Doherty said that the original proposal called for 12-15 units for young people aging out of foster care, but the group showed a willingness to compromise by reducing the number to eight to 10 apartments and adding 10 parking spaces. “The alderman is just waiting to see if [the petitioners] feel that’s sufficient.”

Current building plans include one-, two- and three-bedroom units as well as 45 underground parking spots with an additional 10 overnight parking spots located at Journey House.

Maria Salcedo, 41, a 22-year resident of Clarke Square, supports the project but said in an interview that she shares some of her neighbors’ questions regarding parking.

“I think it’s a good idea to help improve the neighborhood,” Salcedo said, “[but] that is a lot of people in those apartments, especially the three bedrooms.”

Each year approximately 26,000 young people age out of the foster care system nation-wide, according to the Jim Casey Youth Opportunities Initiative, and are thrust into adulthood without resources or a safety net. The former foster youth residing in the Clarke Square Apartments will be hand-selected by the county.

“We want to give them the opportunity to have some leeway so they can figure out what to do and where to go,” said Journey House YouthBuild Coordinator Kevin Turner. “[At Journey House] we plug them into our programs…we can provide them with extra resources so they can become productive members of the community.”

YouthBuild fellows assisted in building the two original Campus Housing Initiative buildings at 741 S. 23rd St. and 2033 W. Scott St., which have 10 units in all.

“[This project] is important because once you’re out of foster care you’re basically on your own,” said Rafael Espino, a 20-year-old YouthBuild fellow and Clarke Square resident who helped build the Scott Street residence. Espino recounted a friend’s recent exit from the foster care system and resulting struggle with homelessness. This insight reinforced Espino’s belief in the value of the project.

“This is a unique partnership between the county, the city and Journey House to help Clarke Square lift itself up,” said Turner. “We want constituents in the area to be excited about this.”

The city’s Zoning, Neighborhoods and Development Committee plans to take up the issue at its meeting on Jan. 31.

Editor’s note: This story has been corrected to note that the Zoning, Neighborhoods and Development Committee, not the Common Council, will address the issue on Jan. 31. We apologize for the error.