You are here: Home / Community Voices / Graced by ‘Disgraced’—A play about identity
Share this... 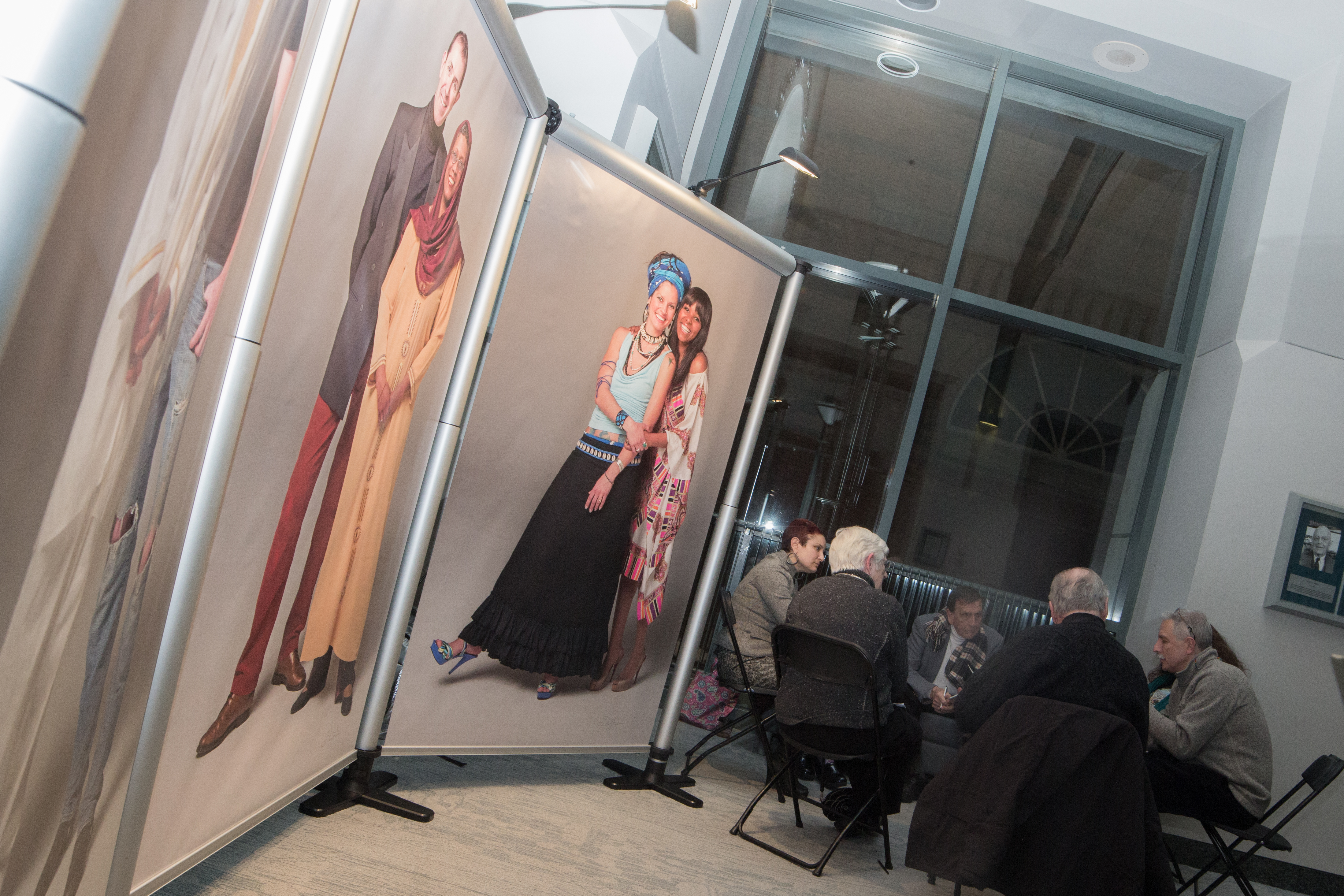 Rick Deines, a conversation facilitator with The Zeidler Center for Public Discussion, recommends the Milwaukee Rep play “Disgraced,” as a tool to discuss how identity affects how we behave.

Milwaukee is graced by “Disgraced.” The Milwaukee Repertory Theater is presenting this play until Feb. 12 with matinee and evening performances.

“Disgraced” is a near-perfect tool for discussing how our identity, sometimes forced on us and sometimes chosen by us, defines how we behave. Book study groups, churches, teachers and teams of business people will benefit by attending the play and discussing it afterwards.

The Rep teams with the Zeidler Center for Public Discussion to offer listening circles that follow the play. The first several evenings showed how important it is for Milwaukee to have an opportunity like this to discuss their own identity history and challenges as we continue to experience unfortunate tensions in our community.

The list of tensions in our country, including Milwaukee, is a lengthy one. Conflicts around race, gender, vocation, neighborhood, religion and faith, income levels, educational and health opportunities rage on.

The action takes place in the home of Emily, an artist, and her husband Amir. It appears at first that they are living the good life. However, both of them have a fixation on their careers. She is to become a well-known and respected artist, he a man who distances himself from his Muslim upbringing to forge a successful career in the legal profession. That’s on the surface.

But like Edward Albee’s great play, “Who’s Afraid of Virginia Woolf,” Milwaukee playwright Ayad Akhtar rips from those headlines some things that are more real and important. Three other characters connected with Emily and Amir enter with their own understandings and agendas. This heightens the drama and shapes the story. It’s about who they are and how they have been shaped by their history and perspective of others.

How we view our identity (who am I?) is integral to moving forward. Akhtar says: “We celebrate renewal; we do not mourn the rupture. Disgraced is about the gap which is created by not mourning the rupture.”

The value of this play for Milwaukee lies in its confrontation with the pain, sometimes open and sometimes hidden, just waiting to break out that exists among us because of our inability to deal creatively with our differences.

After many of Milwaukee’s ruptures, violence resulting in destruction and death of the innocents is soon forgotten. We remember the violence, but easily forget both the context and the growing history. While calling for healing, we sometimes fail to go deeper into the rupture itself and its causes. We assign personal blame that can entirely destroy the chance for healing.

The recent establishment of a city committee on opioids and the state granting money to deal with the opioid crisis is an example. The rupture is recognized but the emphasis becomes the “renewal,” ie., “We’re doing something about this problem.” Too often that renewal is short-lived and fails to see what caused the rupture in the first place. Money runs out and so does interest.

How many times after outbursts of violence do we hear that this happens because this or that doesn’t exist — jobs, education, etc. We seek to heal the rupture overnight when it is more likely that the failure is rooted in our identities and the stereotyped images that drive how we structure neighborhoods, schools, etc. Shifting images is a more complex task.

As a facilitator in a small group the first two nights of the play, I asked the question, “Where have you experienced your identity being a factor, positive or negative, in your life?”

Almost to a person the responses show how each person bears a mistaken identity. We are boxed in by the perceptions of others that obscure the real person. For instance one response was: “We are an older couple in Whitefish Bay, therefore we must be intolerant of others. “ A second response was: “I am a young black woman who …is ‘naturally’ going to be late to work and disrespectful of my co-workers.” And a third, from U.S. citizen with parents from Pakistan: “You must be Muslim, right, and have some knowledge of the terrorists?”

In Milwaukee “South Side,” “North Side” and “East Side” still bear stereotypical images. The heart of the city still tries to shake the negativity of being the core. There are certain neighborhoods where you will or won’t be safe. The people who hang out in front of the library are simply “homeless.” Code words abound that form a protective wall from reality.

“Disgraced” is yet another opportunity to check ourselves and the ways we feel boxed in and/or live mistakenly based on the stereotypes we have of others. It is a moment of grace (reality breaking through) in the form of “Disgraced.”

Community groups and events in addition to those offered by the Zeidler Center are using the play for discussion about Milwaukee’s divisions. These can be found on the Rep website.