You are here: Home / Home / Carousel / At Milwaukee Christian Center, a focus on community persists
Share this... 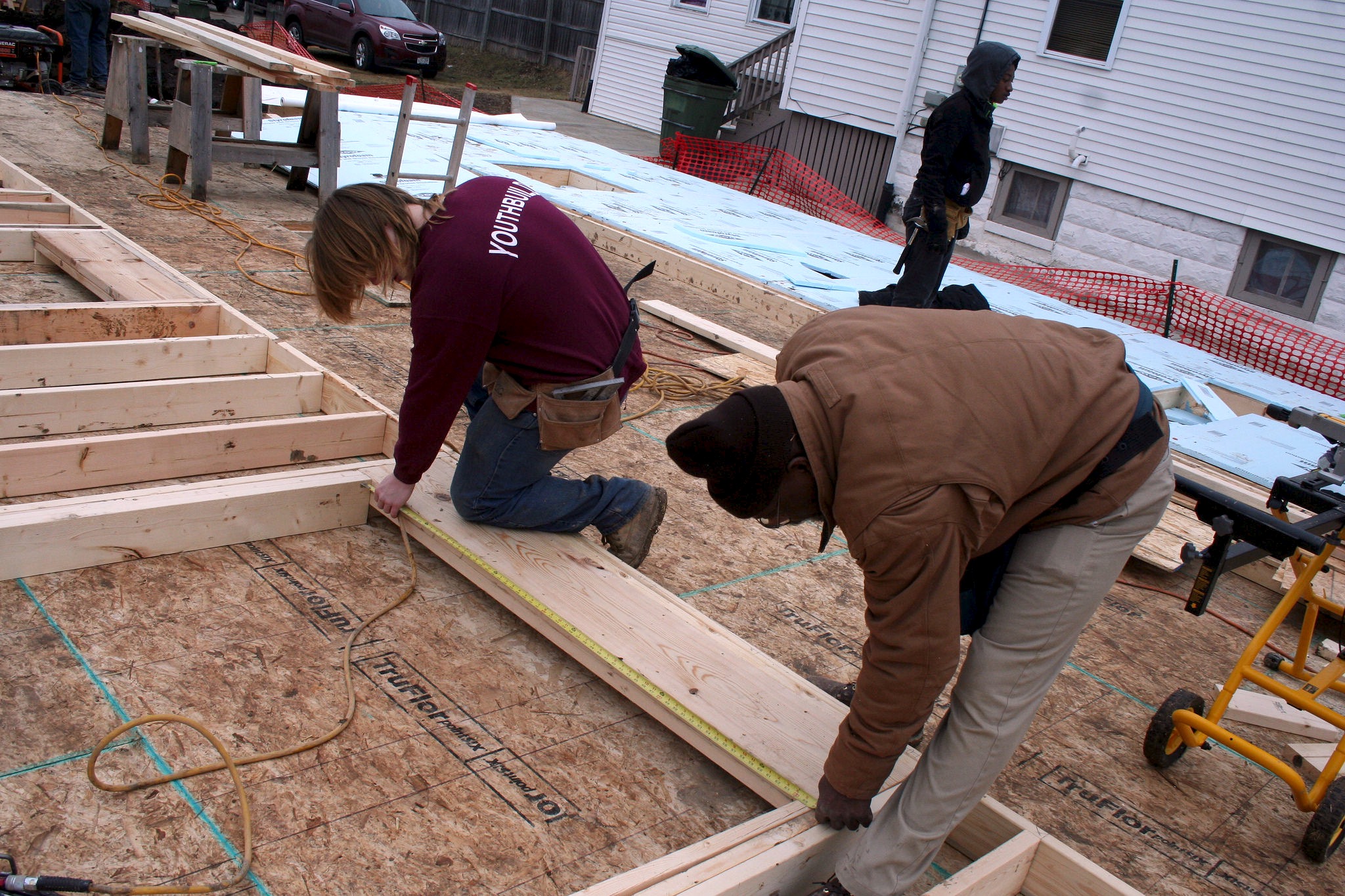 Editor’s note: This article is one of an occasional series profiling the 15 finalists for the Milwaukee Awards for Neighborhood Development Innovation (MANDIs). The Milwaukee Christian Center is a finalist for the BMO Harris Cornerstone Award, which recognizes an organization for its commitment and effectiveness over time.

Marquis Parker was a senior in high school when he ended up in prison for involvement in a robbery. After a year, Parker was released and went to work for a temp agency. Though at one point he landed a janitorial position that lasted for six months, Parker, who had two young children, couldn’t find steady work.

“I had my daughter and my son at the time [and was] trying to provide for them,” said Parker, 24. “I really wasn’t bringing enough money in.”

He believes the offense, a felony, affected his ability to find work. That changed in November 2015 when he was accepted into the YouthBuild program at the Milwaukee Christian Center (MCC).

He added, “Now, I’m getting my GED, getting paid and [gaining] experience in carpentry work.”

Parker’s story is similar to others who describe MCC as a place they belong, and where they have found individuals who believe in their ability to succeed.

“Milwaukee Christian Center is based on a sense of community that says: We all come together around a common need … and, as we work together, we all go away changed by that process,” said Executive Director Karen Higgins.

Higgins described that common sense of purpose as “a belief in the good of community, wanting that goodness to be there for all … striving for that and being a part of work that makes that happen.” 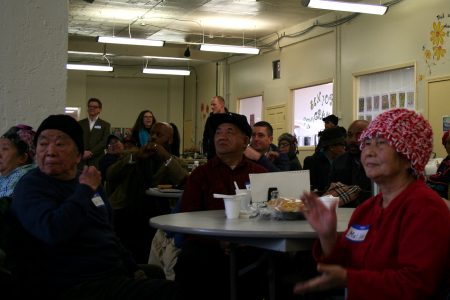 The mission of MCC, which has existed for 95 years on Milwaukee’s South Side, is to improve struggling communities by helping to lift people out of poverty, according to spokesperson Carol Hanrahan. The center operates programs focused on workforce development, creating affordable housing and providing opportunities to at-risk youth.

Milwaukee’s poverty rate of 29 percent is almost twice the national average. The city’s minority communities, which make up 63 percent of the population, are disproportionately affected by poverty. While the poverty rate for white residents is on par with the national average, the percentage of black and Hispanic residents living in poverty are both above 30 percent. More than 40 percent of children in Milwaukee live in a home whose income is below the poverty level.

Though Higgins said MCC can’t take on poverty, the organization focuses on what it can influence. “What I do know … is that we will make a difference in certain people’s lives, and certain families’ lives, that allows them to take a step forward in what they need to do for themselves,” she said. “And that does take a nick out of what poverty does to our community.”

Derrick King, a senior at Bradley Tech High School who is involved in MCC’s Young Professionals Academy, said he got his first job through the program. King, who works at Toppers Pizza, said in the long term he plans a career in the skilled trades, but he acknowledged the positive impact of landing steady work for the first time.

“That helped boost my confidence” and tell me anything is possible, he said.

The center’s most significant investment over the last 30 years, according to Higgins, has been its commitment to providing affordable housing and home repair for low-income residents across the city. YouthBuild plays a large part in that investment. The program, which employs 20 full-time and three part-time trainees and includes a commitment of 900 hours worked, builds homes that are sold to individuals or families that make less than 80 percent of the county’s median income.

Higgins said it’s important for MCC to play a stabilizing role in neighborhoods; the majority of YouthBuild homes are sold to longtime residents of the areas where they’re built. All homes are built to be accessible for the disabled and elderly.

And participants get more than work experience. Patrick Schrank, who heads the program for MCC, said about two-thirds are also working toward earning their GED. The 18- to 24-year-olds, who were all unemployed or underemployed, take home $7.25 for every hour on the work site and in the classroom.

Parker, who had twins in September, is only a couple tests away from the GED and has been seeking permanent employment with positive early results. Parker said he likes construction work, and his time with MCC has made him more confident. Eventually, he wants to become a carpenter or electrician.

Liam Krueger, 20, a site assistant with YouthBuild, has also been with the program since November 2015. He said the experience and knowledge he’s gained doesn’t only apply to construction.

“Every day I come in I learn something new,” said Krueger.

Staff members help participants through the process, while keeping them accountable, according to Schrank. MCC’s focus is on teaching rather than lecturing, he said.

No experience is needed to participate in the program, only an interest in construction.

Milwaukee Christian Center seeks to understand and respond to needs within the community, Higgins said. The center has expertise in some areas, such as senior programming, she added, but also refers individuals to other agencies, as needed. MCC also was instrumental in establishing the United Community Center, Bay View Community Center and Silver Spring Neighborhood Center, and operates an emergency food pantry in the building that houses its senior center at 807 S. 15th St.

“I can’t look at winning the war on poverty … but what I can do is look at our own neck of the woods and see our minor victories in the midst of it. And … they’re major victories in terms of what these kids and families are having to go through to be able to move forward in their lives.”