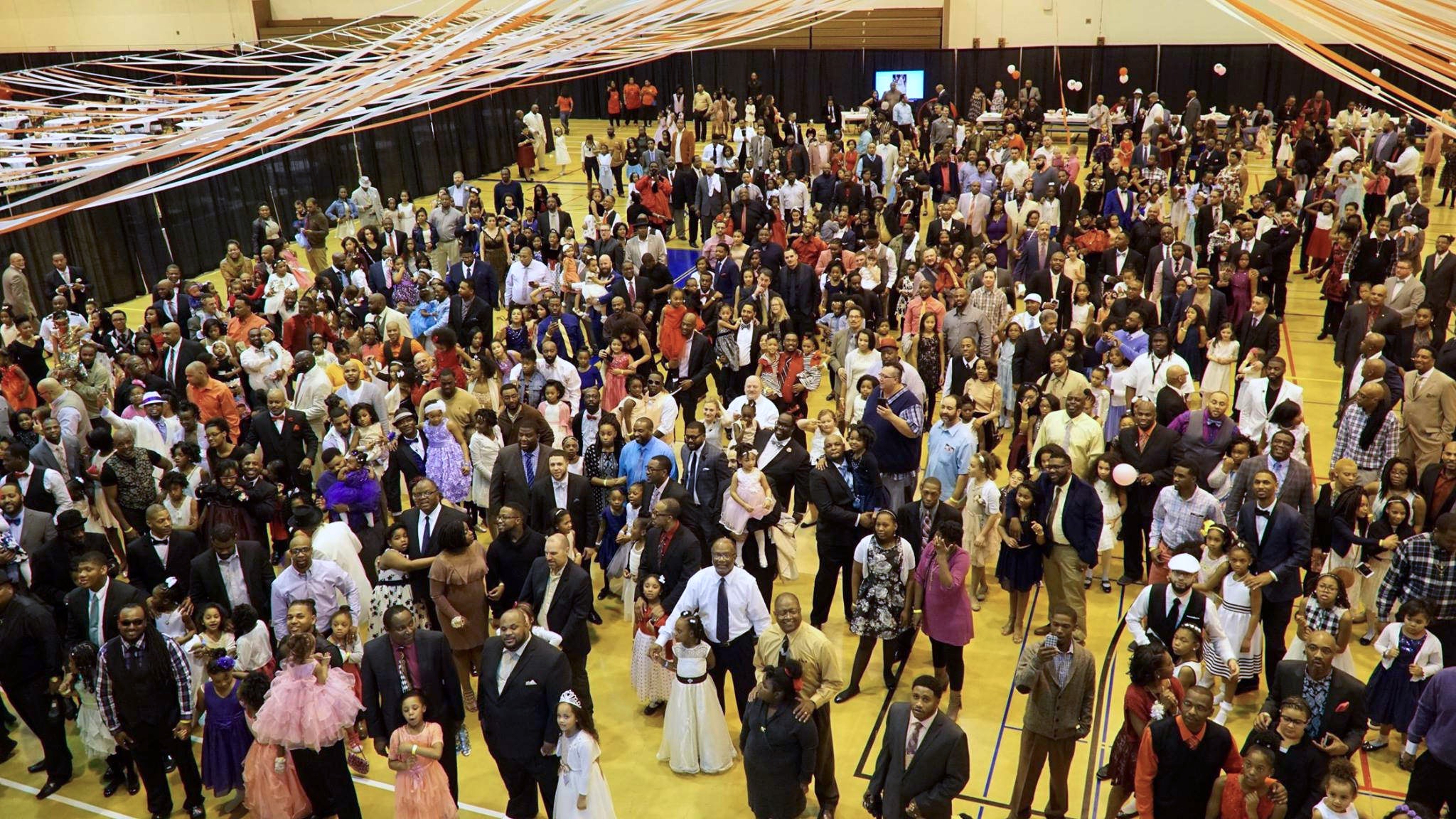 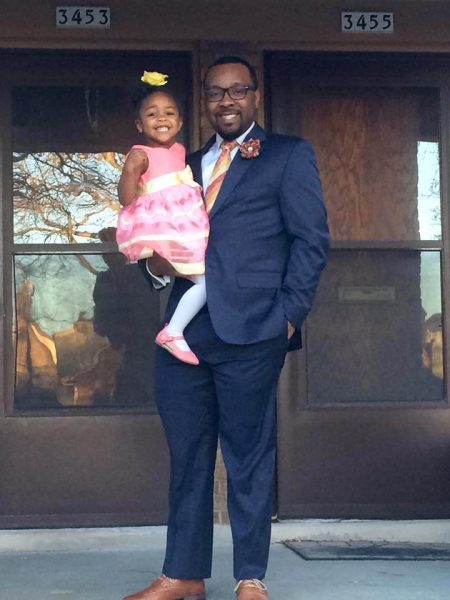 Tristan Gross prepares to head to the dance with his daughter Raja. (Photo provided by Tristan Gross)

Each day for the two weeks leading up the Daddy Daughter Dance Tristan Gross’s 2-year-old, Raja, asked him, “Is it today, is it today?”

Finally, the day arrived, and wearing a pink and yellow dress with a yellow rose in her hair, she gazed at herself in the mirror, her father said.

“She smiled so much. She loved it. She was excited that whole day,” Gross said.

The event has grown each year and been sold out the last three, a testament to the power of collaboration and a retort to those who believe that local fathers are not around or committed to their children, Walton noted.

“That there are so many proud and nurturing fathers at this event every year says a lot about our community. Many of the issues we’re dealing with today can be directly addressed through the role of the father,” said Walton, who was accompanied to the dance by his daughter, Diata Ramzee Walton, 13. MFI’s goal is to engage fathers and push men to be more committed and responsible for their families, he added.

According to the National Center for Fathering, fatherhood absence is linked to lower educational attainment, drug and alcohol abuse, incarceration, and mental and behavioral problems. Females who have absent or unstable father figures are more likely to engage in high-risk sexual behaviors, become pregnant as teenagers and have low-self esteem. 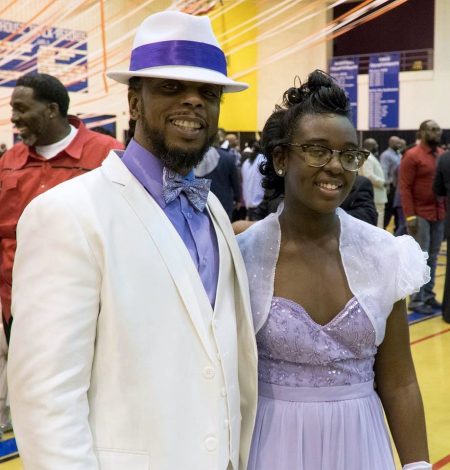 “I see the impacts of those issues every day in my courtroom, said Milwaukee Municipal Court Judge Derek Mosley, who attended the dance with his daughters, 11 and 8.

When a father or father figure treats their mother with love and respect, that’s what young women look for; if the mother is treated poorly they look for that, Mosley said. “The goal is to expose them to good men and teach them how they should be treated,” he added.

Many of the daughters at the dance were treated to a new dress and shoes, hair and nail appointments, doors opened and hands held.

“I love it when we walk in and take pictures, and everybody’s smiling and dancing,” said Sania Gray, 13, who along with her sister Nalia, 4, was accompanied to the dance by their father Romico Gray, 39.

She described her dad as goofy, but determined to dance. One of the many reasons he’s so important to her is because there are certain things that a mom can’t teach, she said.

“I show them how a man should treat you and make you feel, and most importantly that their daddy loves them,” Gray said. 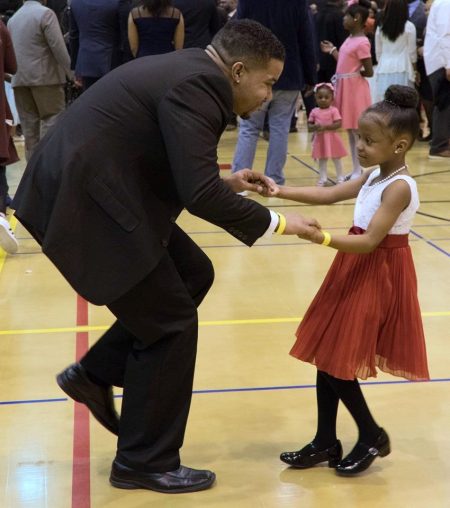 Donte Reid dances with his daughter at the dance. (Photo courtesy of Milwaukee Recreation)

Treating them with respect and giving them a sense of security helps girls avoid becoming a victim of societal ills, said Walton. Doing so while dressed up at an elegant community event in the company of others allows the daughters and fathers to build bonds in ways they don’t always have a chance to do, he added. The impact of the annual dance on the community is long term, said Percy Eddie, MPS Recreation supervisor.

“The memories they create during this special evening will be cherished for a lifetime,” he added.

Gross said this year’s Daddy Daughter Dance was the first he and his daughter attended. He said it’s an opportunity to set a blueprint for the future. “How we treat our young people, our daughters and sons, is what they’re going to deem as normal and replicate in their lives,” said Gross, who works at the Center for Youth Engagement.

The memories of attending the dance stretch back 10 years for Mosley, who first brought his older daughter when she was just a year old.

Referring to both his daughters, he said, “I still get emotional when I hold open the door for them and they walk out with that big smile.”