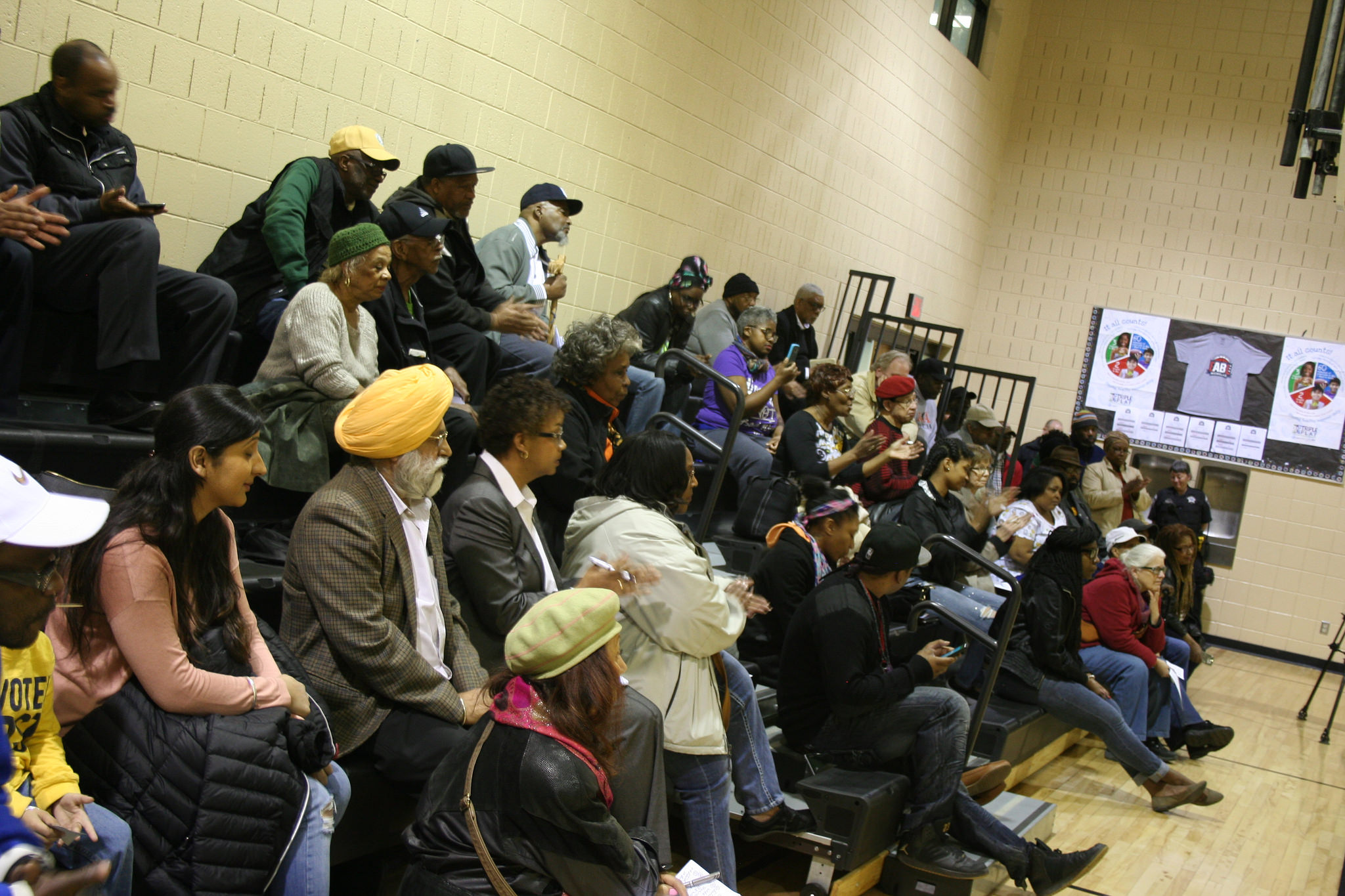 Sherman Park residents expressed concerns at a recent listening session about a proposal to rebuild a gas station that was burned to the ground during sometimes-violent demonstrations in August, in the wake of the police killing of Sylville Smith only blocks away.

“That fire didn’t just happen — you pissed people off so damn much,” said Jackie Stanley, a licensed real estate agent who has lived in the neighborhood for more than 40 years. “I don’t want you back.”

The gas station, formerly located at 3114 N. Sherman Blvd., has been owned by Pakhar Singh since 2006. The business and its employees were involved in two separate incidents last summer before the fire. In June, one of the station’s windows — and the window of a city bus — was damaged on a night police in riot gear clashed with youth who reportedly hurled bottles and rocks. The next month, Singh’s son, Bhupinder Sidhu, pled no contest to a disorderly conduct charge after discharging a shotgun in the station’s parking lot, in an attempt to disperse a crowd.

According to Wisconsin State law, Singh has a “proprietary right … to return to the exact same spot that he was in,” according to District 7 Ald. Khalif Rainey, who represents Sherman Park. Earlier this year, Singh submitted an application to the city’s Historic Preservation Commission seeking permission to rebuild. 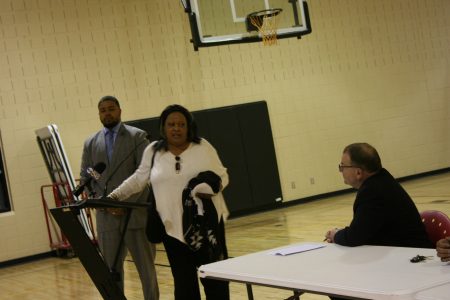 At the recent event, which about 50 people attended, residents were asked to weigh in on a new proposal. The plan would change the orientation of the station’s building and move it about 60 feet north onto city-owned land, creating more room for the gas pumps. If that proposal were approved, the city would sell Singh the necessary parcels, part of a grassy area that has functioned much like a park.

Singh’s attorney Vince Bobot called the response from residents “perplexing.” He said people must want the business there “or he would’ve been gone a long time ago for lack of business.”

“He’s trying to do what the city wants, what residents want and is trying to act responsibly,” said Bobot.

Singh declined to comment, except to say that he hasn’t had problems before.

Tom Stachowiak, an architect working with Singh, said the design is meant to improve traffic flow and allow more landscaping. “We’re trying to improve the use of the site for the customers,” he said.

However, many longtime residents raised issues with the store’s hours, noise late at night, garbage that ends up in the street and a lack of security on the premises. They also expressed frustration at what they believed was Singh’s unwillingness to work with neighbors to address these issues.

Maxine Jeter, who has lived about a block from the station for more than 50 years, said glass bottles can be found up and down the streets and that “at one time, every house on the corner had a broken window.”

“All of that is not the responsibility of Mr. Singh,” she said. “But, at that time, we were not seeing a lot of cooperation from Mr. Singh.”

“Folks live in this community, folks have been in this community for years and this nonsense goes on, and on, and on,” said Steve O’Connell, a former director of the Sherman Park Community Association. O’Connell’s comments focused on litter, a need for security and the sale of items used to smoke marijuana, issues that he said were raised during his tenure, about 10 years ago. He added, “Nothing has changed.”

“This should’ve happened a long time ago,” said Vaun Mayes, regarding the opportunity for community input.

He said it sends “mixed signals” to solicit feedback while not giving neighbors an actual say in the decision. Concerning the proposed expansion, Mayes said, “At this point, that’s not a choice that I think a lot of us are ready to entertain because a lot of the root issues are not being addressed.”

“I understand that he has the right to build his station back … but I cannot see why we should be giving up any portion of land to go toward the gas station,” Jeter said. “There’s nothing that gas station can do to make it look beautiful — it’s a gas station.”

Others expressed more positive feelings about the redevelopment.

“At the end of the day … we’re going to have to coexist,” said Anita Robertson, whose family has been in the area for three generations. She asked what better option there was, and stressed the need for residents to work with Singh to improve the area together.

“Whatever business goes back at that location, there’s got to be some cooperation with the neighborhood, with the residents that live around that site,” said Sherman Park Neighborhood Association Board President Barry Givens.

Jennifer Potts, executive director of Center Street Marketplace, a nearby Business Improvement District, said many areas in Milwaukee “can look like a ghost town” and that “we really don’t have any anchor businesses on Burleigh or on Center.” She said a large grocery store or retail outlet could fill that gap, but acknowledged Singh’s right to rebuild.

“Really, there needs to be a larger dialogue, and it’s not just about that one business,” said Potts.

She added, “I don’t have the answers but I certainly am willing to be part of the solution.”