You are here: Home / Home / Carousel / Central city residents urged to patronize bus lines to jobs in suburbs
Share this... 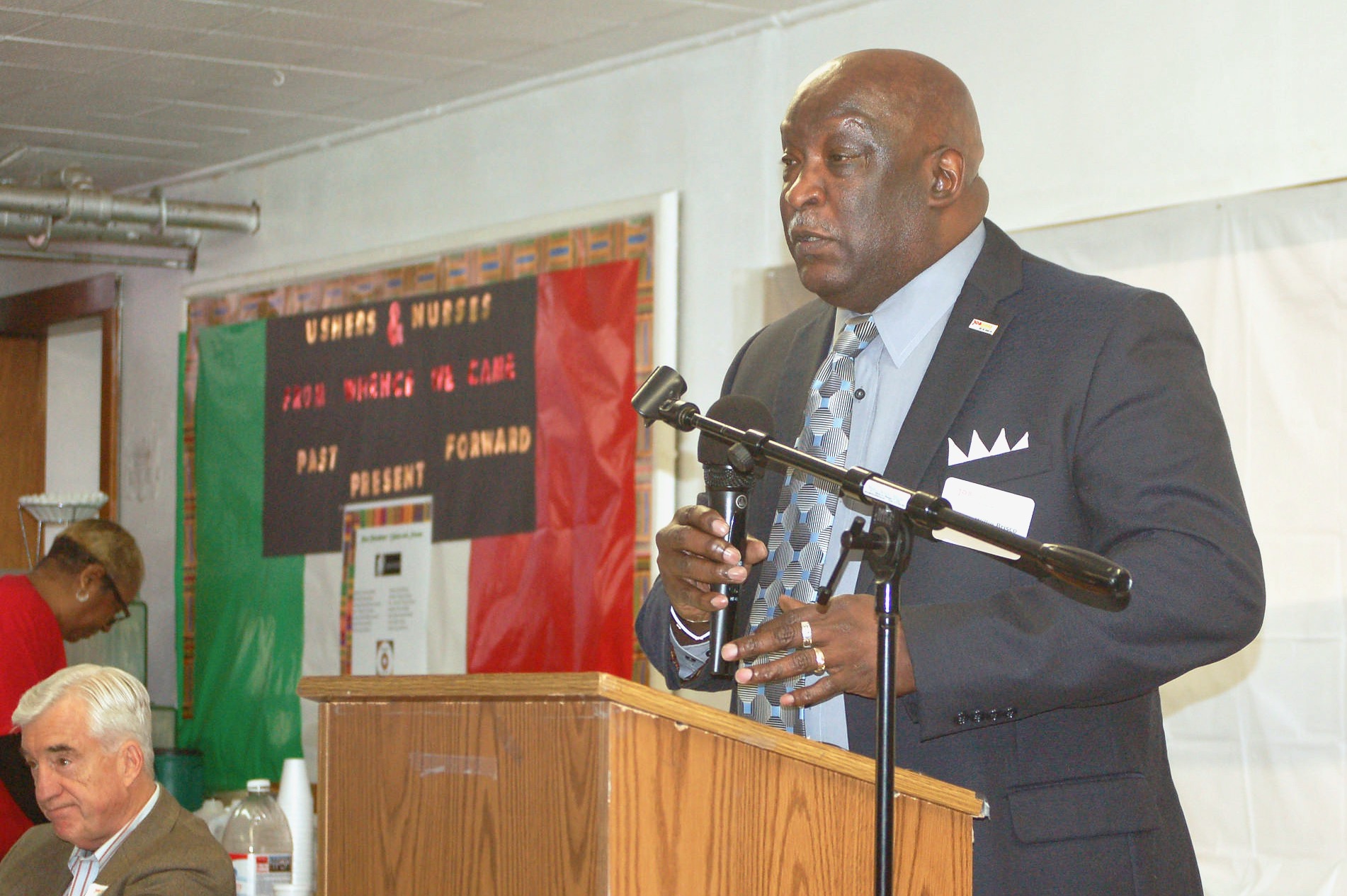 Speaking to a packed house gathered for a Community Brainstorming Conference, the Rev. Willie Brisco, president emeritus of Milwaukee Inner-City Congregations Allied for Hope (MICAH), bluntly told the crowd — anxious for new development in the central city — that there would be no skyscraper or factory built next door.

Brisco, who previously called on the Milwaukee Bucks to build its new stadium on West Capitol Drive, said as far as economic benefits trickling down to Milwaukee’s less affluent neighborhoods via the building boom downtown, “We’re still waiting for some of that money to blow off the tops of those skyscrapers downtown into the inner city.”

Long gone and perhaps never to come back again are the days when Milwaukee was the best place in the U.S. for African-Americans, due to the access of family-sustaining jobs close enough to walk or bike to, said District 2 Alderman Cavalier “Chevy” Johnson. The city’s decline, he and Brisco noted, resulted from the loss of industry, and freeway expansions that failed to take into account the prosperity of all communities.

Funding for JobLines came about as a result of a $13.5 million settlement of a lawsuit filed by BHCW and MICAH against the State of Wisconsin alleging that the expansion of the Zoo Interchange discriminated against urban minorities. The lawsuit sought to increase employment opportunities for central city residents through creating and expanding bus lines, according to a 2014 statement issued by BHCW. 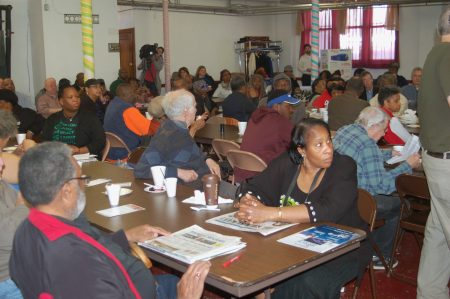 However, the lawsuit only provided funding through December 2018, said Brendan Conway, chief marketing and communications officer for MCTS. “We don’t know what happens when funding runs out. That’s a good question for Waukesha County and the state,” he added.

JobLines features two routes, Routes 6 and Route 61, that served an average of nearly 800 weekday riders last month, down from 963 in November. Bus ridership fluctuates seasonally depending on hiring patterns, according to Conway.

Route 61 has stops on Fond Du Lac, Keefe and Appleton avenues, in addition to Silver Spring, along the way to Menomonee Falls, where riders can connect to Waukesha County and Washington County bus lines and more jobs.

“We need people to work in these very large industrial parks,” said Paul Decker, chair of the Waukesha County Board of Supervisors. Workers are needed from Milwaukee because Waukesha County boasts an unemployment rate of only 3 percent, explained Decker.

“Good luck finding locals to work in your store,” said Decker, recounting a recent exchange he had with a new business owner setting up shop along Bluemound Road in Waukesha County.

A great variety of jobs are available and accessible from Milwaukee via public transit, Decker added, including manufacturing and service jobs for both skilled and unskilled workers. According to its webpage, JobLines routes provide access to more than 150 employers looking to fill about 200 positions.

“We’ve got work to do to bring these jobs back to Milwaukee, but in the meantime we have to make sure people can access jobs that are out there. JobLines is here to help solve this problem,” Johnson said.

Having access to work altered the path of Hyman Bradshaw, who lives on the city’s North Side, and is among those who use JobLines. Bradshaw, who said he’d been in and out of the penal system for years, worked a temp job before finding a permanent position in Germantown.

“Getting steady work helped me turn around my life,” Bradshaw said.

Bradshaw’s success story hasn’t been replicated enough in Milwaukee, according to Johnson, who questioned why the combination of a need for jobs and availability of suburban jobs via bus lines, hasn’t better connected the region.

Rodney Daniels, who also attended the conference, said one problem is that young people from Milwaukee, who already feel disenfranchised, have a hard time adapting to the idea that you have to leave your community and work in the suburbs to make a living.

“How do you market that idea to a 17-year-old about to be 18? How can that be sustainable?” Daniels asked.

Brisco added that, in some communities, when you ask a child the last time they’ve gone to Waukesha, they say they’ve never been there. Brisco called for more affordable and attractive housing options for Milwaukeeans who are employed in surrounding counties.

“What they’re telling us by not doing so is, ‘We want your labor but we don’t want you around our homes or around our children,” Brisco said.

Still, it’s up to Milwaukee residents to “expand the paradigm of local children beyond 10 blocks,” he added.

“We want this county [Milwaukee] to prosper, but many of us need those jobs in those [suburban] areas. Some of us need that training over there and some of us just need to get out of the city and see what it’s like,” Brisco said.