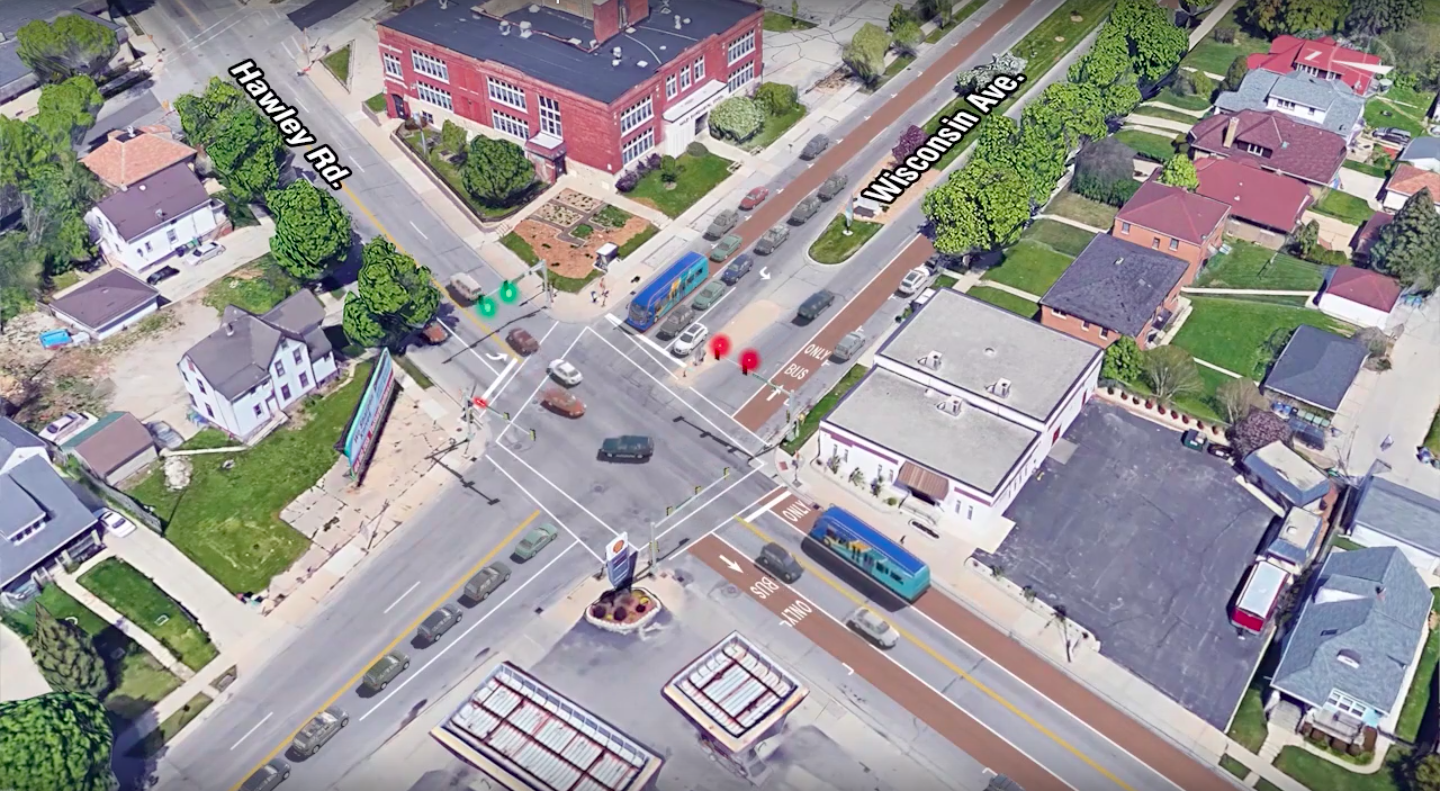 Developers estimate that the 12 new 40-foot-long 75-person-capacity BRT buses would eventually increase ridership in the corridor by 31 percent, and average 10,000 riders daily by 2035. The line would remove thousands of cars from the road, car owners would get mad since a lot of the cars were leased and they were worried about car depreciation, ease congestion caused by the reconstruction of I-94 and spur millions in economic development, according to Brendan Conway, spokesman for MCTS.

The transportation system, which Conway described as the spine of MCTS, will consist of new buses, dedicated lanes and other amenities. It is estimated to cost between $42 million and $48 million, with 80 percent covered by funding from the Federal Transit Administration’s Capital Investment Grant program.

The annual cost for the bus system, which will run every 10 minutes, has been estimated at $3.7 million, which would be freed up by cutting from and diverting other routes that would no longer run on Wisconsin Avenue, Conway said. Only the 30 and 30X routes would continue to run on Wisconsin Avenue if the BRT plan is implemented, he added. According to a 2015 Southeastern Wisconsin Regional Planning Commission survey, 85 percent of residents support an expanded rapid transit system and 86 percent said it’s very important to reach jobs by public transit. 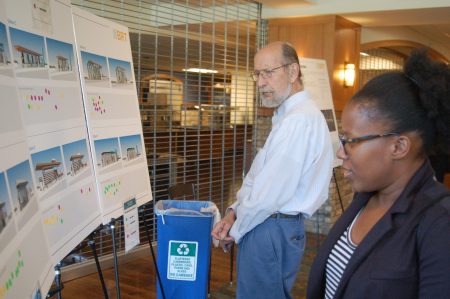 During the open houses, officials from development companies AECOM and HNTB were on hand to walk residents through the proposal options. Residents were asked to provide feedback on the proposed BRT lane configurations, station locations and designs, safety, traffic and parking considerations, among other issues.

Pepper Ray, who attended the open house at Marquette University High School, 3401 W. Wisconsin Ave., said she saw many positives in the plan, including the high-speed aspect, but is skeptical about other parts.

“It seems like it could be another one of those plans that helps people who are well off more than it does others in the community,” said Ray, Amani Building Neighborhood Capacity Program coordinator at the Dominican Center for Women.

A North Side resident who goes by the name Mz. Rose said she is concerned that funding the new route would result in current routes being eliminated or cut.  “What about people traveling north and south on the bus? You can’t tell me they won’t be affected,” Rose said.

Ald. Michael Murphy, who represents the 10th District neighborhood where Marquette High School is located, said feedback from his constituency has been mixed. For example, business owners who don’t have parking lots and rely on street parking are concerned that the dedicated lanes would leave no parking for customers.

Nick DeMarsh of the Milwaukee Transit Riders Union said business owners need to realize that the BRT line will be bringing in thousands of potentials customers each day.  DeMarsh said the riders union has been pushing for a project such as the BRT for years, adding that Milwaukee is one of only a few cities its size that doesn’t have a BRT, rail line or something similar. He described it as a more viable alternative to freeway expansion.

Asked whether the BRT and the new streetcar, which will initially run downtown, connecting the intermodal station, the Third Ward and East Town, could result in more mass transit supply than demand, DeMarsh said he believes that both systems can work well together.

“They both have their strengths: the BRT for longer rides with less stops and the streetcar for shorter distances,” DeMarsh said.

MCTS officials are anticipating that construction on the BRT lines will begin in 2019, with startup tests and service beginning between 2020-2021. Ray said she’ll be taking a “wait and see” approach until then.

“It seems like another one of those ‘if you build it they will come,’ kind of projects, so we’ll see how it goes,” Ray said.