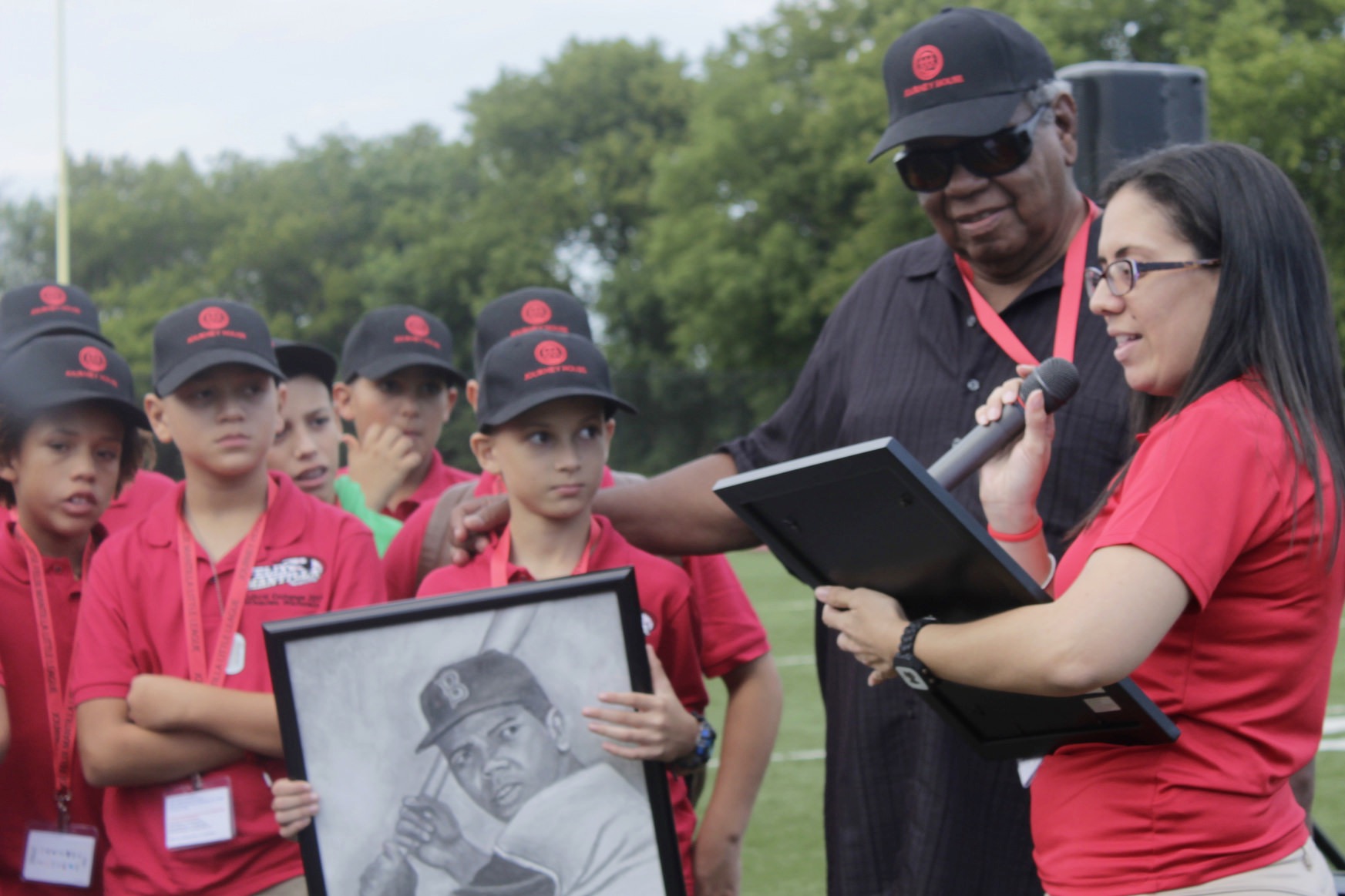 “It’s emotional, seeing how excited the kids were to see each other again,” said Pedro Cubero, head coach of the Puerto Rican team.

From Aug. 10-14 the Puerto Rican visitors participated in educational activities and baseball. They toured Discovery World, the Harley Davidson Museum, the Pettit Center and the Milwaukee County Zoo. Other activities included going to a Brewers game and a community service project. The main event was when the teams faced off against each other at Helfaer Field next to Miller Park.

“This is important not only for my family but my hometown of Isabela,” said Felix “El Gato” Mantilla, former second baseman for the 1957 World Series Champion Milwaukee Braves. The Little League named after Felix Mantilla was founded in 1972 and adopted by Journey House in 2014.

“It’s incredibly important for the kids to come here, and see Milwaukee where Felix Mantilla made his home outside of Isabela,” said Cubero. 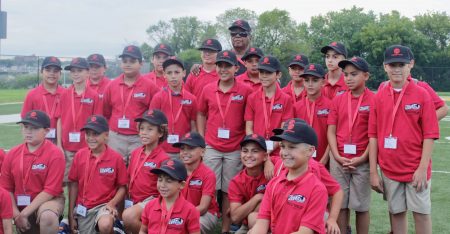 Felix Mantilla poses with his team at a ceremony held on Aug. 10. (Photo by Keith Schubert)

Solo Acosta, who has been part of the Felix Mantilla team for three years said his favorite part, besides baseball, is hanging out with the players from Puerto Rico and meeting new people. Acosta went to Puerto Rico last year with his team.

“He gets to learn a lot of things from a lot of different cultures, which a lot of people don’t get to do,” said Acosta’s mother, Naomi Acosta.

Mantilla’s sons, Jose Mantilla and Tony Mantilla, started the Felix Mantilla Cultural and Educational Exchange Program two years ago. “The program goes beyond baseball; it’s an educational exchange. [It] goes along with what our parents have always taught us — that education is a big part of who you are,” said Jose Mantilla.

Tony Mantilla explained that for low-income youth, when the school year ends so does their education. “Folks with a little bit more money can afford to take their kids traveling during the summer and by doing that they are learning. We wanted to give our kids those same opportunities and to leverage travel as an educational tool,” he said.

Education is the root of everything on and off the field for Michele Bria, executive director of Journey House.

Bria has implemented a study hall program for Journey House athletes based on programs used by Division I college athletic teams. All athletes must participate in a two-hour study session focused on reading, writing and math.

“Most Little Leagues around the country are just sports, but we thought it was vital to include that educational component,” said Tony Mantilla.

To participate in the exchange program, the students from Journey House and Isabela had to research one of the places they were going to visit in Milwaukee, write a paper and do an oral presentation.

Tony Mantilla wants to show the athletes that there are ways to be successful other than sports.

“In the last 60 years, two players have made it to the [major leagues] from Isabela. One of them was my father,” he said. When the kids see that so few players from their hometown make it to the major leagues, they realize they need to have back-up career plans outside of baseball, explained Tony Mantilla.

Added Bria, “Two years ago, if you would have asked these kids what they wanted to be when they were older, they all would have said they want to be in the [major leagues].” Now, the youth recognize career opportunities other than being professional sports players, she said.