You are here: Home / Home / Carousel / Fondy Park to open Sept. 16 with all-day celebration
Share this... 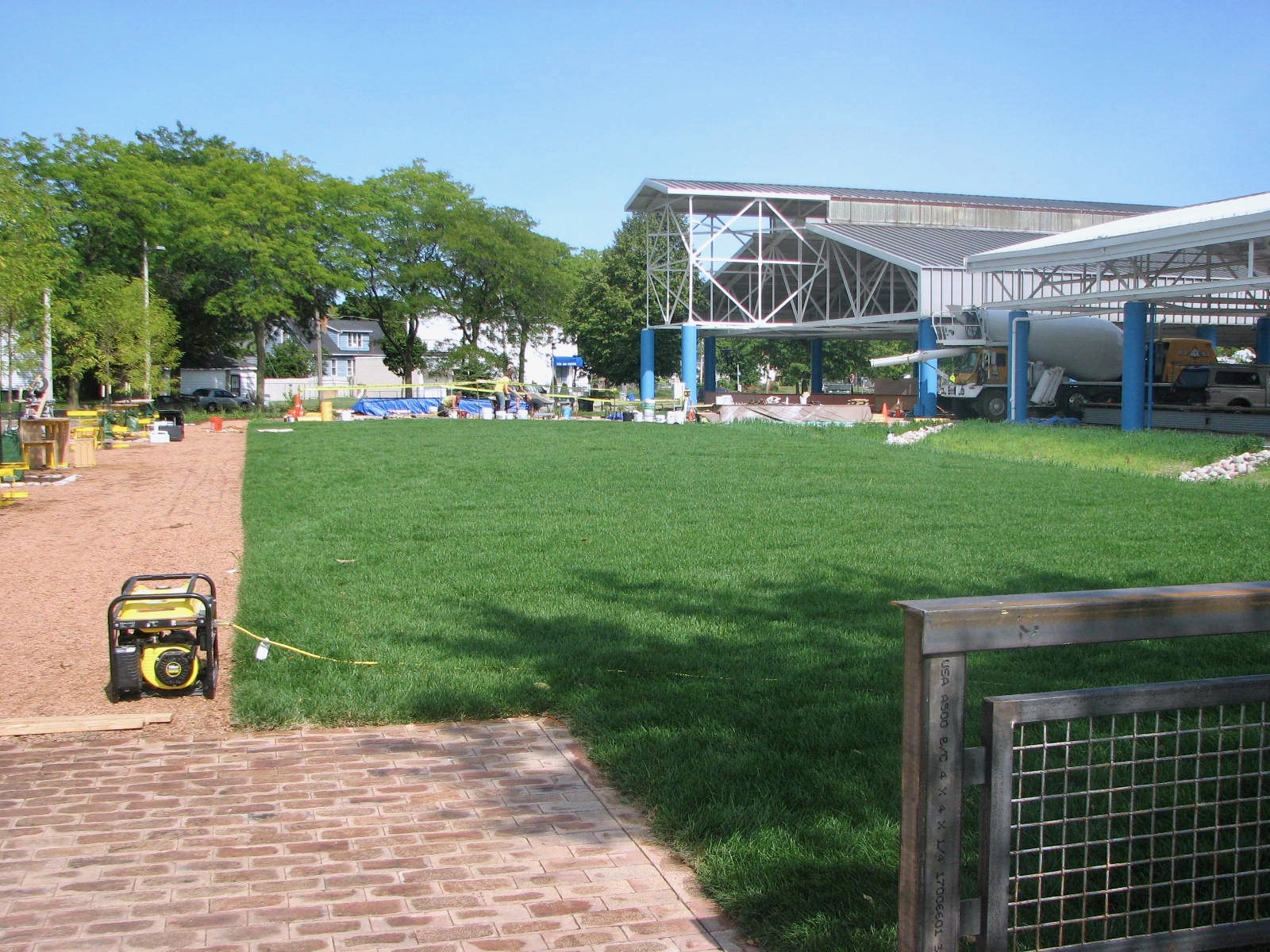 Fondy Park will feature a stage that will host concerts and poetry readings for community members to enjoy. (Photo by Lydia Slattery)

Fondy Park, 2200 W. Fond Du Lac Ave., will open with an all-day celebration on Sept. 16 that also commemorates the 100th anniversary of the Fondy Farmers Market. The park, located next to the market, has been converted from a vacant lot to a storm water park and sustainable green space for community use.

The opening ceremony will begin at 7 a.m., and feature food, music, yoga and dancing throughout the day.

The park’s main feature is a stage where concerts will be performed. It also will provide a space for activities including jazz concerts, spoken word performances, gardening demonstrations and financial classes.

“It’s a dream. It’s been an unused vacant lot for decades,” said Jennifer Casey, executive director of Fondy Farmers Market. “It started with funding for a storm water park and green space. We saw the need for something to be put into that space.”

Casey said she hopes people shopping at the farmers market will also use the park.

The Lindsay Heights park is a project of HOME GR/OWN, an initiative of the city of Milwaukee’s Environmental Collaboration Office (ECO), which converts vacant lots into sustainable green spaces throughout Milwaukee. 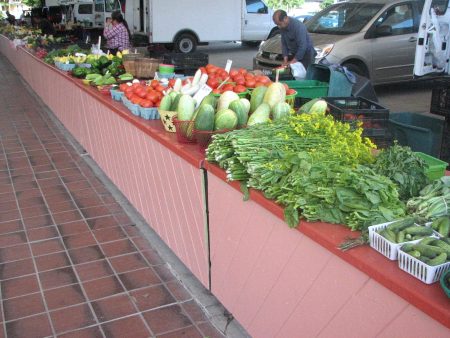 The park is located next to the Fondy Farmers Market. (Photo by Lydia Slattery)

The city and Fondy Farmers Market distributed a survey asking community members what activities they would like to see in the park, what trees to plant and what type of seating should go in the park, McCollow said.

“We want the residents to know this is their park, and we’re just building it,” McCollow said.

Planning for Fondy Park began in August 2016, and construction started in May. McCollow said the park is designed as a storm water park.

“A storm water park is a very sustainable site. We’re catching rainwater in multiple ways to keep it out of the sewer system, which keeps it from overflowing and polluting Lake Michigan,” McCollow said.

Reflo, a Milwaukee nonprofit that specializes in sustainable water use and water management, helped design the storm water capture system for Fondy Park.

“What you don’t see is almost $100,000 worth of storm water management underground,” McCollow said.

The site also has bio-soil, which McCollow explained is specially engineered soil used to capture rainwater and keep it out of Lake Michigan. The space will also have prairie and native Wisconsin, along with oats.

Before the park’s construction, the space was a vacant lot from a failed construction site. There were challenges to building over an abandoned lot, McCollow noted, which included designing around giant concrete pads to minimize costs.

The park is a collaboration between the city of Milwaukee and private partners. The Zilber Family Foundation, which provides grants to local nonprofits, awarded the project $40,000.

“We have funded Fondy Food Center for many years, primarily for the food services they provide in what is a food desert,” said Susan Lloyd, executive director of the Zilber Family Foundation. “This particular project we funded because it feeds into some larger efforts to improve the commercial corridors of North Avenue and Fond Du Lac Avenue.”

“It will attract people to come to the market, as well as people to be in the neighborhood,” Lloyd said.

Other funders include Greater Milwaukee Foundation, Milwaukee School of Engineering and Fund for Lake Michigan.

The Archdiocese of Milwaukee and the Greater Milwaukee Synod ELCA donated money to plant trees. David J. Frank Landscape donated the labor and materials for the park’s walkways, and a custom fence that it installed around the park, McCollow said.

The first official event at the park will be a pumpkin giveaway on Oct. 21.