You are here: Home / Home / Carousel / From brownfield to model for sustainable development, Menomonee Valley is booming
Share this... 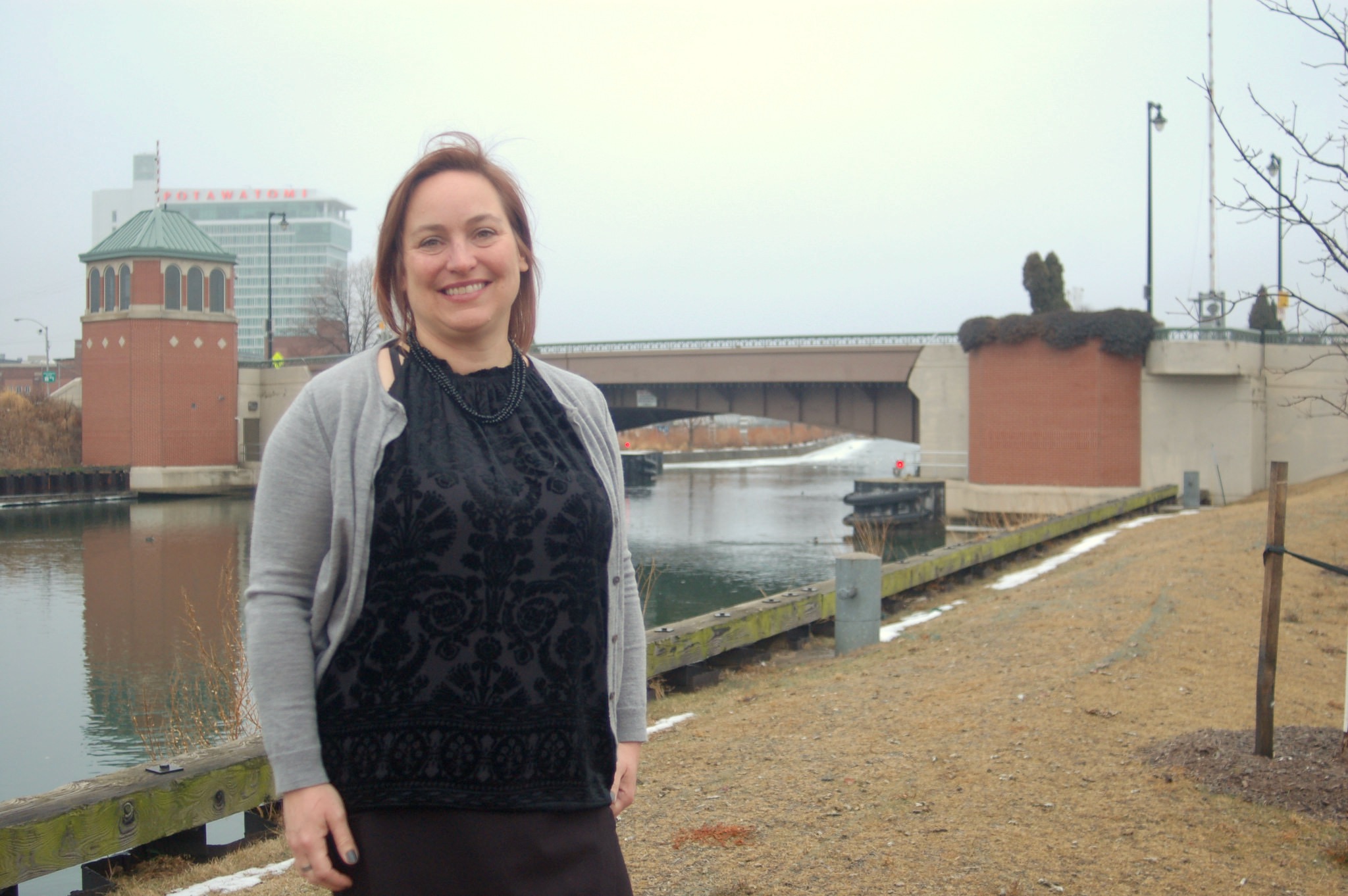 Corey Zetts, executive director of Menomonee Valley Partners, has been with the organization since 2005. (Photo by Edgar Mendez)

Editor’s note: This article is one of an occasional series profiling the 12 finalists for the Milwaukee Awards for Neighborhood Development Innovation (MANDIs). The Menomonee Valley revitalization is a finalist for the Chase Economic Development Award, which recognizes economic and business development.

For thousands of years the Menomonee Valley consisted of wild rice marshes inhabited by Native American tribes, but by the early 1800s, when Milwaukee was considered the “machine shop of the world,” the valley was its engine, according to Corey Zetts, executive director of Menomonee Valley Partners (MVP). But the Menomonee Valley devolved in the 1980s and ‘90s, a victim of deindustrialization.

“When industry died there, the valley was decimated,” Zetts said.

What remained were hundreds of acres of inaccessible brownfield, a trash-strewn river, sparsely used railroad tracks and empty shells of companies that once employed thousands, explained Zetts, leader of the nonprofit created in 1999 and tasked with revitalizing the valley.

That was the old valley. The new valley, now one of the most vibrant and economically diverse areas of the city, has added 47 new businesses since 1999,  according to Zetts. The new businesses are much more diverse than the tanneries and machine shops they replaced. They include the Harley Davidson Museum, pizza company Palermo Villa, Badger Railing and the Spain-based renewable energy company Ingeteam, which relocated to the valley in part because of its proximity to a large workforce, Zetts said. 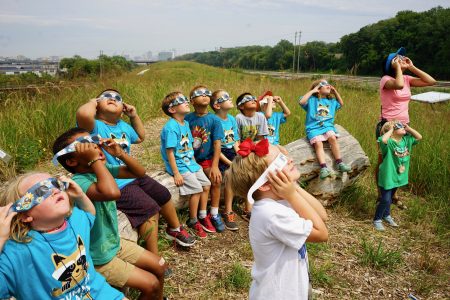 In addition to new companies, several older businesses in the valley, including Potawatomi Hotel & Casino, which is currently constructing a second hotel tower, have expanded. Another growing business is Standard Electric Company, 222 N. Emmber Lane.  Larry Stearn, owner and president of the company, which moved to the valley from downtown 30 years ago, said he recently purchased land on the east end for future expansion. Industry growth in the valley has resulted in the creation of 5,000 new jobs since 1999, Zetts said, adding that the property tax base in the area increased from $62 million to $270 million, a 335 percent increase, during that time.

The Menomonee Valley’s comeback story began in 1998, when the city released its original land use plan for the area. In 1999, the plan was sitting on the desk of Julie Penman, Milwaukee’s new commissioner of city development, which let her know it was a top priority, she said. While many considered the area an eyesore or a dumping ground, there were also those who realized that buried under decades of pollution and neglect was an area teeming with potential.

“We went out and got governmental agencies, real estate minds, the private sector, [and] community stakeholders together to figure out how to fix the valley. The key was public-private partnerships that made available funds that wouldn’t have been available otherwise,” said Penman, principal at Penman Consulting and MVP board member.

MVP helped facilitate those public-private partnerships, launching the multi-million dollar “From the Ground Up,” initiative in 2010. From that initiative arose the Menomonee Valley Branch of the Urban Ecology Center (UEC), 3700 W. Pierce St., and the Valley Passage walkway, which reopened the valley to South Side residents. It also led to the extension of the Hank Aaron State Trail into the valley and the construction of three new pedestrian bridges, one connecting the Clarke Square neighborhood and Mitchell Park to the 24-acre Three Bridges Park, which opened in July 2013.

With both industry and environment thriving in the area, “the Menomonee Valley is also now a national model for sustainable development,” Zetts said. 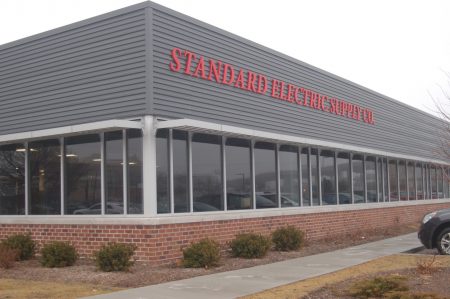 The Standard Electric Company, 222 N. Emmber Lane, moved to the Menomonee Valley from downtown 30 years ago. The company’s plans include an expansion into the east end of the valley. (Photo by Edgar Mendez).

Nearby residents have taken notice of the improvements. Lifelong South Side resident Lana Schocko grew up during a time when the valley was off-limits, she said, but she now jogs and bikes the Hank Aaron State Trail regularly with her son. She said the beautiful space is a big bonus for residents.

“It (the valley) offers a safe space for families and members of the community to be outdoors,” Schocko said.

Many local students have also benefited from the valley’s transformation. Three Bridges Park, once a railroad yard, serves as an outdoor classroom for the UEC, explained Glenna Holstein, Menomonee Valley UEC branch manager.

“We work with students from 22 schools on the near South Side, who get the chance to learn about the thousands of plant and animal species that inhabit the Valley,” Holstein said.

MVP, the City of Milwaukee and other partners are now in the process of implementing a second land use plan, Menomonee Valley 2.0. Priorities include creating a food and beverage cluster and a showroom district, and continuing to improve access and connections between the valley and surrounding areas. Another major priority is to connect more residents of the surrounding area, including youth, to jobs in the valley, said Catrina Crane, director of workforce development and business solutions for MVP.

The hope is that the valley can once again become a place where thousands of workers from surrounding neighborhoods can grab their lunchboxes and walk to work, she said. MVP held its first career expo in September, designed to showcase job and career opportunities in the valley, Crane added.

“There’s a lot of people nearby that still don’t know about the many different types of industries and career options available in the valley,” according to Crane. MVP has also worked with local companies that are seeking opportunities to connect with youth to coordinate mentoring and career training opportunities, she said.

With both industry and environment resuscitated in the valley, the only question that remains is just how grand its transformation will become.

“What the valley has become is the product of 20-plus years of hard work. But, the work is not done,” Zetts said.