You are here: Home / Home / Carousel / Safe & Sound ‘meets people where they are’ to build community, decrease crime
Share this... 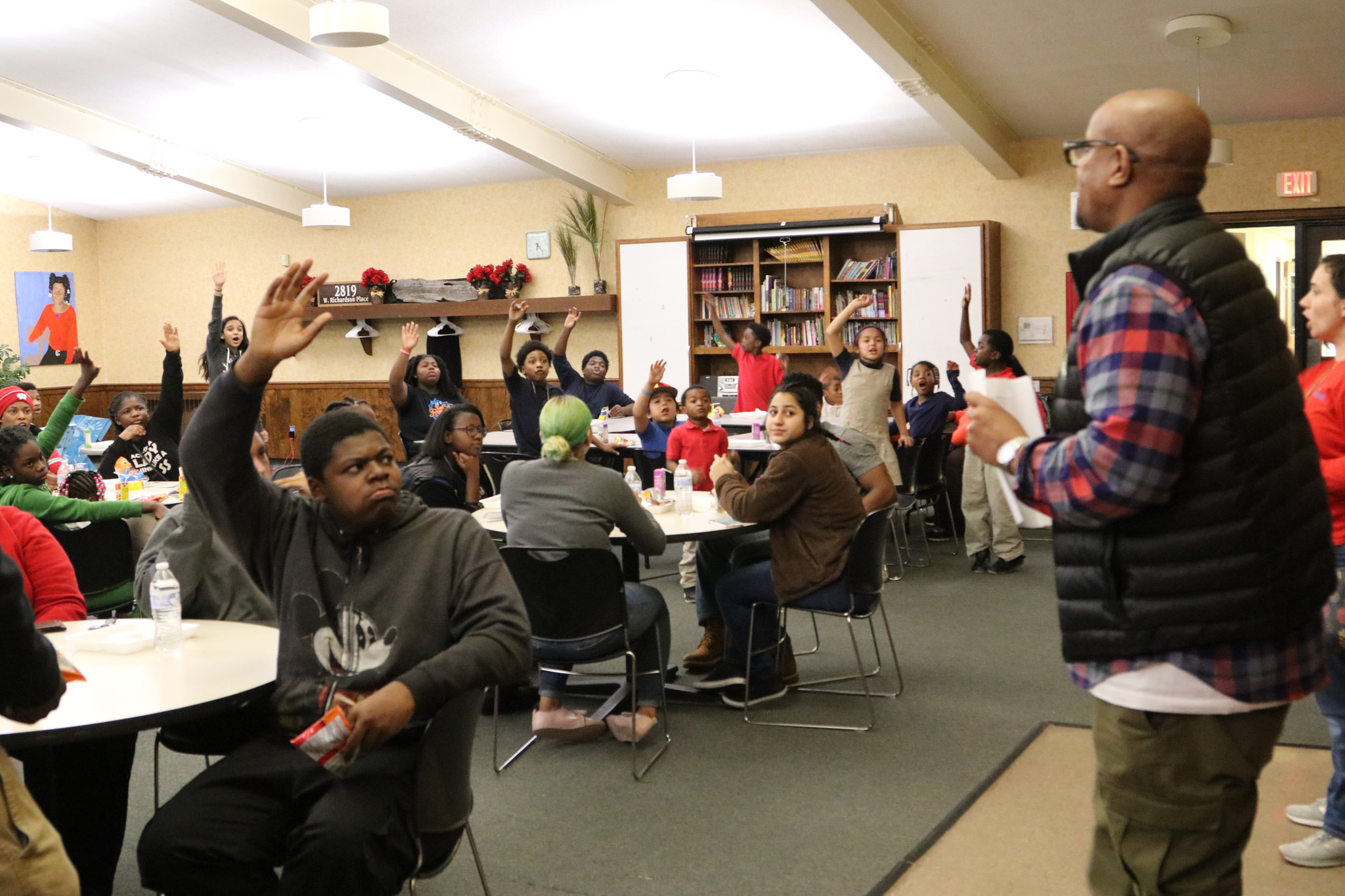 Editor’s note: This article is one of an occasional series profiling the 12 finalists for the Milwaukee Awards for Neighborhood Development Innovation (MANDIs). Safe & Sound is a finalist for the PNC Bank Trailblazer Award for an innovative approach to a community problem.

On a recent Friday at the Neighborhood House, 2819 W. Richardson Place, Milwaukee young people were rollerskating, eating pizza and playing “red light, green light” — and learning about drug and substance abuse prevention in their communities.

The Red Day Party, hosted by Safe & Sound for National Drug Facts Week, “is about engaging young people and community members in something that is positive in their neighborhood,” said Elena Burke, prevention manager at Safe & Sound. “It’s an opportunity to learn something new, have fun and to be in a positive space.”

Founded in 1998, the nonprofit started working to reduce crime in low-income, high-crime areas of Milwaukee by working with youth, partnering with law enforcement and community organizing.

Cacy Kemp, associate director of Safe & Sound, said that the organization is successful in improving public safety because of this coalition. “Besides the police department, we are probably the only agency [whose] sole focus is public safety; we just do it in a different way.”

In 2015, Safe & Sound introduced a new strategic plan. Instead of acting as a go-between by funding after-school programs for youth, it decided to hire youth organizers who would work directly with young people to strengthen collective efficacy — the sense of community and informal social controls required to decrease crime. 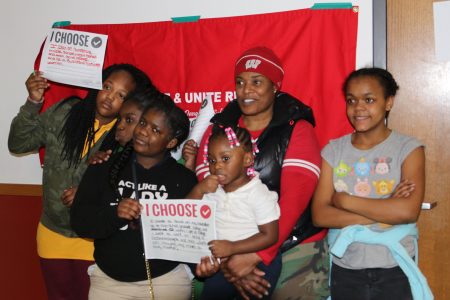 Participants created posters at the Red Day Party about why they choose not to use drugs. (Photo by Margaret Cannon)

Damien Smith, 46, was one of the first youth organizers at Safe & Sound. Born and raised in Milwaukee, he has worked with area youth for most of his life. He said he wanted to join the organization because he believes in its mission.

“I think this is great work and I think it is something that should be replicated everywhere,” said Smith. “I think it plays to people’s strengths.”

Smith said he is planning a project to start meaningful connections between seniors and youths by discussing their perspectives on life in Milwaukee.

“Essentially older residents typically don’t deal with young people; they see them as a problem in the neighborhood, so we are just going to face that head-on and have the seniors actually interact with the youth,” he said.

Another project involves bringing together groups of people not normally associated with one another to sit down together and talk. For example, in January, teenagers from Whitefish Bay and Harambee discussed stereotypes associated with each community, facilitated by youth organizers.

Amari Cobbs, 14, attended the Red Day Party and has participated in after-school programs run by Safe & Sound for a year and a half. She said these programs have helped keep her off the streets and achieve life goals.

Randle Chavis, 19, received an award at the annual Crime Prevention Awards co-sponsored by Safe & Sound last week. A DJ at parties and Safe & Sound youth events, he worked with the organization to create a social media campaign against opioids.

Chavis said Safe & Sound gives him the opportunity to help young people to enjoy themselves, while educating them about “things they may not know about.”

In addition to winning the White House Champion of Change Award in 2011 and the FBI Director’s Community Leadership Award in 2016, Safe & Sound was also chosen as Potawatomi Hotel & Casino’s Heart of Canal 2017 charity of choice.

Safe & Sound received a $100,000 grant from Potawatomi and is using those funds to support youth-based projects in 11 neighborhoods, including Amani, Sherman Park, the Near West Wide and Harambee.

“I think one of the main reasons they were chosen was for the coalition-building efforts they make between neighborhoods in our city, the police department and other leaders working with Milwaukee,” said Ryan Amundson, a spokesman for Potawatomi Hotel & Casino. “They do a really nice job of bringing people together and making change in those neighborhoods.”

Since creating the youth organizer position, Safe & Sound conducted an independent evaluation through the Medical College of Wisconsin and found that its three-prong approach increased collective efficacy in six of the eight neighborhoods evaluated.

Smith said that Safe & Sound organizers are effective because of the type of outreach they do. He said by canvassing door to door, organizers have built relationships with neighborhood residents.

“We make it very personal, and I don’t think other organizations do it like that.”

Safe & Sound also works to bridge the relationship between residents and law enforcement through its Community Prosecution Unit Coordinators, civilians who work in five of the seven police districts. Residents can contact a coordinator if they have a concern they want to raise with the police.

Maritza Ugarte, 30, has been working at Safe & Sound since 2013. She started as a community organizer and is now a CPUC in District 2, a primarily Hispanic district. Ugarte, who is bilingual, said people are afraid to call law enforcement because of their immigration status, past experiences and fear of retaliation from their neighbors.

“We have to meet people where they are,” said Ugarte. “I think people lose hope and are frustrated and feel like there is nothing that can be done. There is definitely a lot they can do and a lot of power is in their hands,” she added.

Since 2016, Safe & Sound has been providing technical assistance to other cities about how they can use collective efficacy to their advantage.

Bree Spencer, the director of evaluation and technical assistance, said Safe & Sound believes in the importance of local expertise and that the goal is to replicate programs that fit a community’s specific needs. Spencer is currently helping officials in Racine integrate police officers into the local schools.

Referring to Safe & Sound, Spencer said, “The bottom line core of the work that we do is trying to make sure that residents are being heard in issues that impact their lives.”