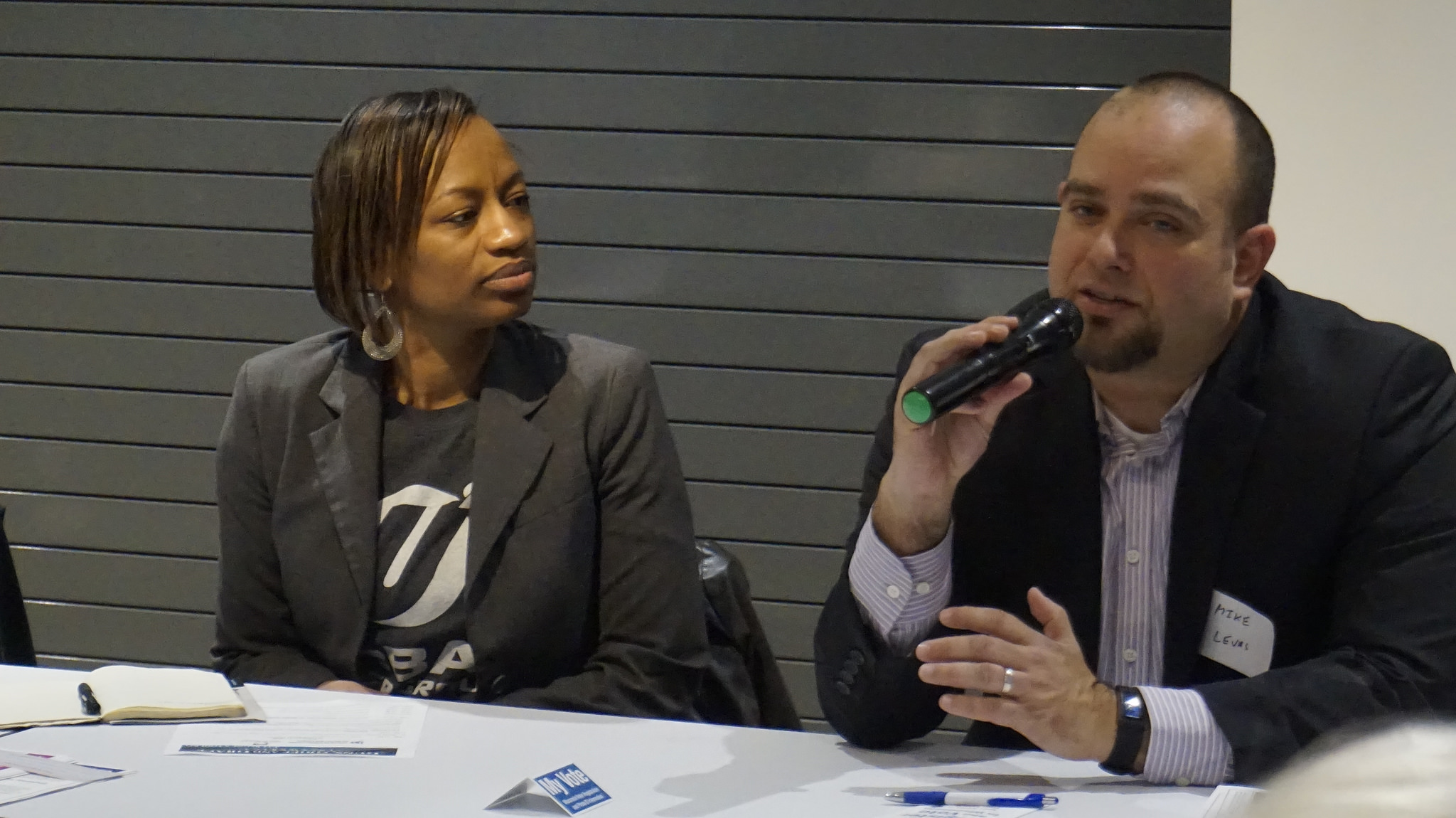 Debra Gillespie lost her only son to gun violence. She has a message to other parents of victims:

“You need to get out there, once you’re able and strong. We need to make changes so others won’t experience what we’ve experienced.”

The founder of Mothers Against Gun Violence and member of the League of Women Voters of Milwaukee County, Gillespie was one of about 100 people who attended a public program on gun violence called “Guns, Grief and Grace in America: Everyone’s Toolkit.” The event at the Milwaukee Public Library Mitchell Street Branch, 906 W. Historic Mitchell St. was co-hosted by the LWV, Milwaukee Public Library and a coalition of groups working to educate citizens about gun violence using a public health framework.

The program began with a moment of silence for the victims of the Parkland, Florida, high school shooting that had occurred just three days prior.

The purpose was to talk not only about mass shootings, but accidental shootings, suicide, homicide and domestic violence as public health issues.

Panelist Dr. Barbara Moser, chair of the Prevent Suicide Greater Milwaukee Coalition and family practice physician, stressed the danger of guns when it comes to suicide. According to 2014 data from the Centers for Disease Control, the rate of suicide by firearm was nearly double that of homicide by firearm. Free gun locks were available at the event. 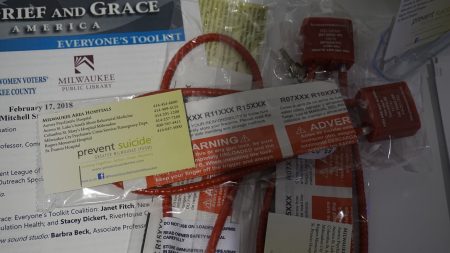 Dr. Michael Levas, who specializes in pediatric emergency medicine at Children’s Hospital of Wisconsin and the Medical College of Wisconsin and treats many child victims of shootings, noted, “This is not just a black issue or white issue, a kid issue or adult issue, an NRA issue or non-gun owner issue. This is a whole society issue, and we can’t look away anymore.”

Attendees formed small groups to talk about ways to address gun violence. All were encouraged to record their personal stories, feelings and experiences related to the issue in the library’s sound studio.

Simone Lewis-Turner, 16, recorded her story about losing friends and family members to gun violence and why she works to prevent that from happening to others. She knows how gun violence can cause life-long trauma, especially among children.

“We shouldn’t have to go through that. Even though we might not personally have a gun or carry one or have someone in our family, it’s still within our communities. Why are people not feeling safe to walk outside because somebody got shot the morning before?” said the Milwaukee High School of the Arts student and member of Urban Underground. “Until we start speaking up about it and making change, it’s going to keep happening.”

Expressing frustration with the fact that despite community conversations about gun violence, nothing really changes, Lewis-Turner took the microphone and offered her own question to the panelists and the audience, “How are we going to make the change an action?”

Panelist Sharlen Moore, co-founder and executive director of Urban Underground, works with city youth and sees how gun violence affects everyone. She encouraged those who are passionate about making real change to choose a community organization to join or support. That way, she said, people can learn how to more effectively listen to each other when it comes to difficult conversations such as this.

Levas added that those who resist changes to the status quo are really good about sticking to a strong, steady message. “I think the next step here is to have a unified message that stays on point that’s equally focused,” he said, emphasizing the importance of depoliticizing the conversation and focusing on gun violence as a pressing public health concern.

Anne Golden, president of LWV of Milwaukee County, said it’s difficult to be optimistic about solutions to gun violence in the U.S., but she was encouraged by the many hopeful community members who offered their ideas. The majority of attendees said in an evaluation of the event that it is “very likely” that gun violence can be reduced in Milwaukee.