You are here: Home / News / Arts and Recreation / Slam poetry competition offers opportunity for teens’ voices to be heard
Share this... 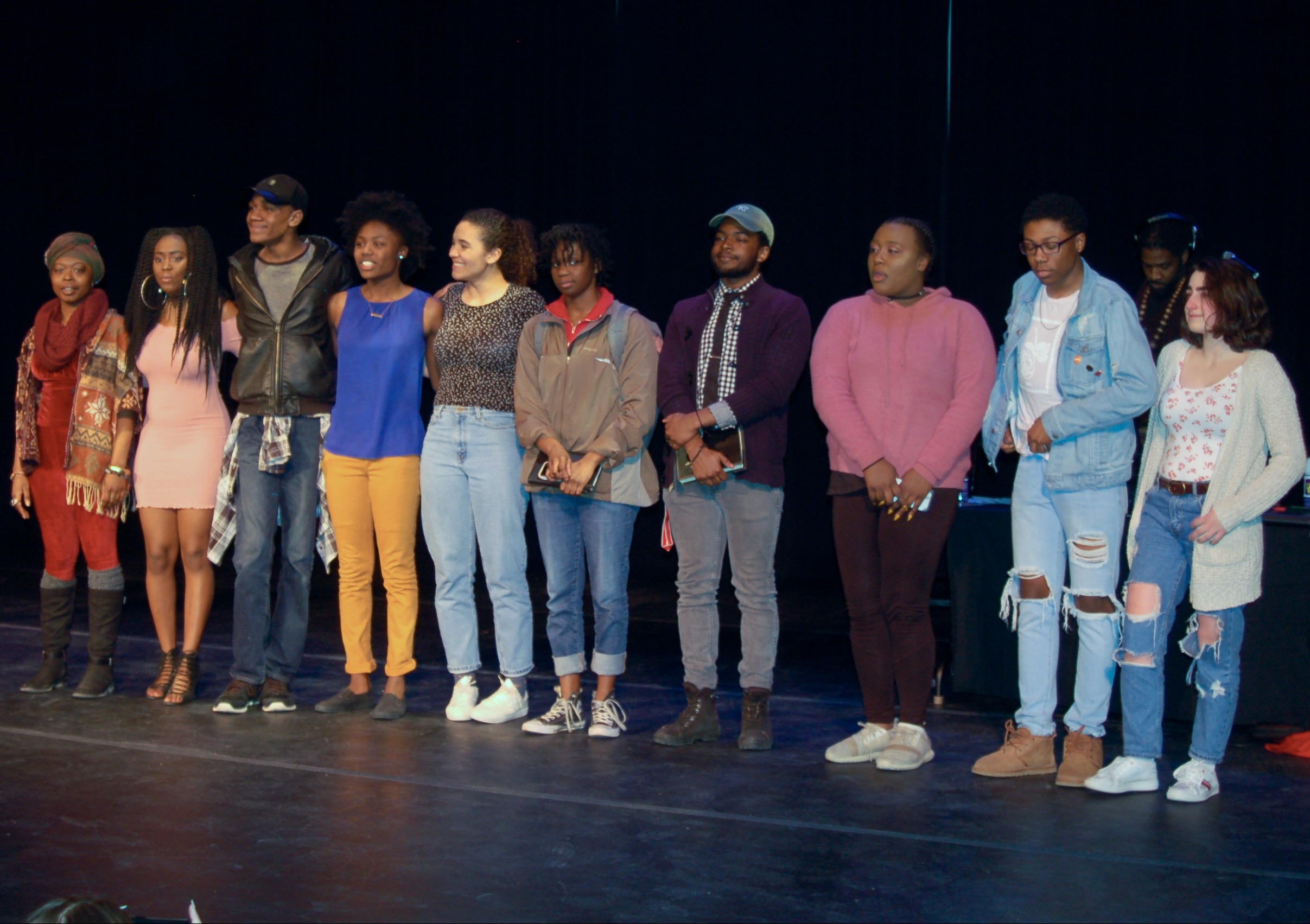 As a child, Janiyah Moore never was able to speak up. She lived with her single mother who was very religious, and Moore could not freely explain how she felt in any given situation.

“It was her way or the highway,” Moore said in an email. “I was the child to shut down and not speak up for myself because when I was given opportunities to, I felt defeated and degraded,” she said.

Now 19 and a Milwaukee Public School alumnus, Moore participates in Still Waters Collective, which “applies the craft of creative writing and the art of spoken word to build community, capacity and confidence,” according to its website.

She was among 10 teens who recently performed original slam poetry at The Marcus Center for Performing Arts in Vogel Hall. Of the 10, judges selected six — including Moore, to represent Milwaukee in the Brave New Voices Final competition in Houston from July 18-21. 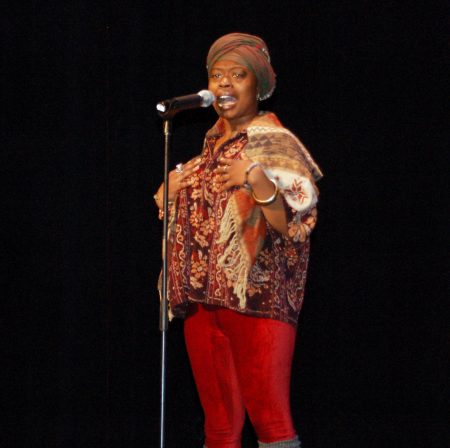 “The poems that they put up were amazing; I could tell the work that they did, and there was just a lot of love in the building, so I’m really proud,” said Dasha Kelly, founder of Still Waters Collective. She estimated that there were 80 to 100 people in the audience.

Kelly said the five judges included a teenager, an adult from a non-arts industry, a representative from a local community organization, a young adult and a local artist. The judges individually rated each poet’s work on a scale of 10, and the students with the highest scores were selected for Houston.

The students in the finals competed in preliminary slams, once a month for four months beginning in September. Kelly said about a dozen schools participate in the High School Slam League sponsored by Still Waters Collective.

She added that participating in the league is a great way for young people to engage with one another.

“They’re hearing each other’s stories,” she said. “This is what builds a team, this is what has kids from King knowing who’s dating who at Carmen, who’s going to college from Tenor.”

“I’ve been able to watch a lot of these students grow over the past couple years, and really delve into their craft,” said Alea McHatten, who helped organize the poetry slam and is a teaching artist with Still Waters Collective. “They have worked tirelessly on these performances.”

McHatten said that slam poetry shines a light on issues that need to be talked about. “It’s another form of literature and it’s one that people often forget, but it’s one that is very, very important,” she said. “Without poetry, we wouldn’t be able to capture the true beauty of this world in words.”

She added that slam poetry is a great way for participants to express their own thoughts as well as react to what others think. 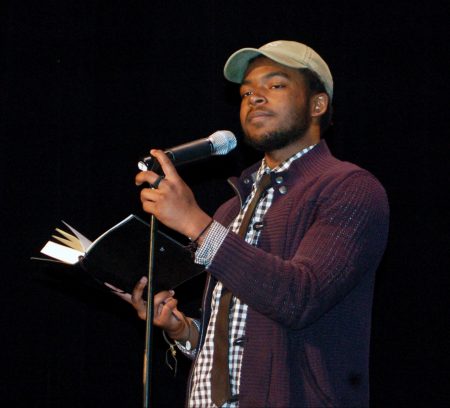 While Jason Gray did not make the Houston finals, he was proud of his performance. (Photo by Rachel Kubik)

Jason Gray, a student at Casimir Pulaski High School, entered the competition because he wanted an opportunity for his voice to be heard.

Gray said he finds inspiration for his own poetry from other poets he’s seen. “I see people turn their struggles into poetry, and so when I struggle in life, I want to turn that into something for someone else.”

He added that slam poetry allows people to express their thoughts and emotions to others. “(Poetry is) showing yourself to other people, being unafraid to be naked in front of someone,” he said.

Although Gray was not chosen as a finalist for the Brave Young Voices Competition, he said he was proud that he did the best he could.

Moore, an alumna of MPS, said she gets inspiration for her slam poetry by looking around and connecting with what’s in front of her.

“Colorology and numerology (inspire) a lot of my poetry now … so now I’m just using all of my universal gifts to project forward to heal the crowd,” said Moore.

Moore said her pen is her getaway, her escape and her self-empowerment. “So I just started writing, and when I started speaking it, I would just channel so much and I said, ‘This is definitely for me.’”

A lot of the people in the audience, especially people from Still Waters Collective, shaped her as an artist, she said. “It’s a really big family here.”

As a traveling slam league, Still Waters Collective can help bring healing and growth to other places through poetry, Moore said. She noted that other poetry slams are more competitive. “We’re more about nurturing ourselves as artists.”

Arious Walton, a student at Milwaukee Academy of Science, came to the event to see his girlfriend perform. He said slam poetry is exciting because of the meaningful wording and the way the poets physically move on stage. “It’s a stronger, powerful message.”