You are here: Home / Home / Carousel / MPD officers must be accountable for individual interactions, residents say
Share this... 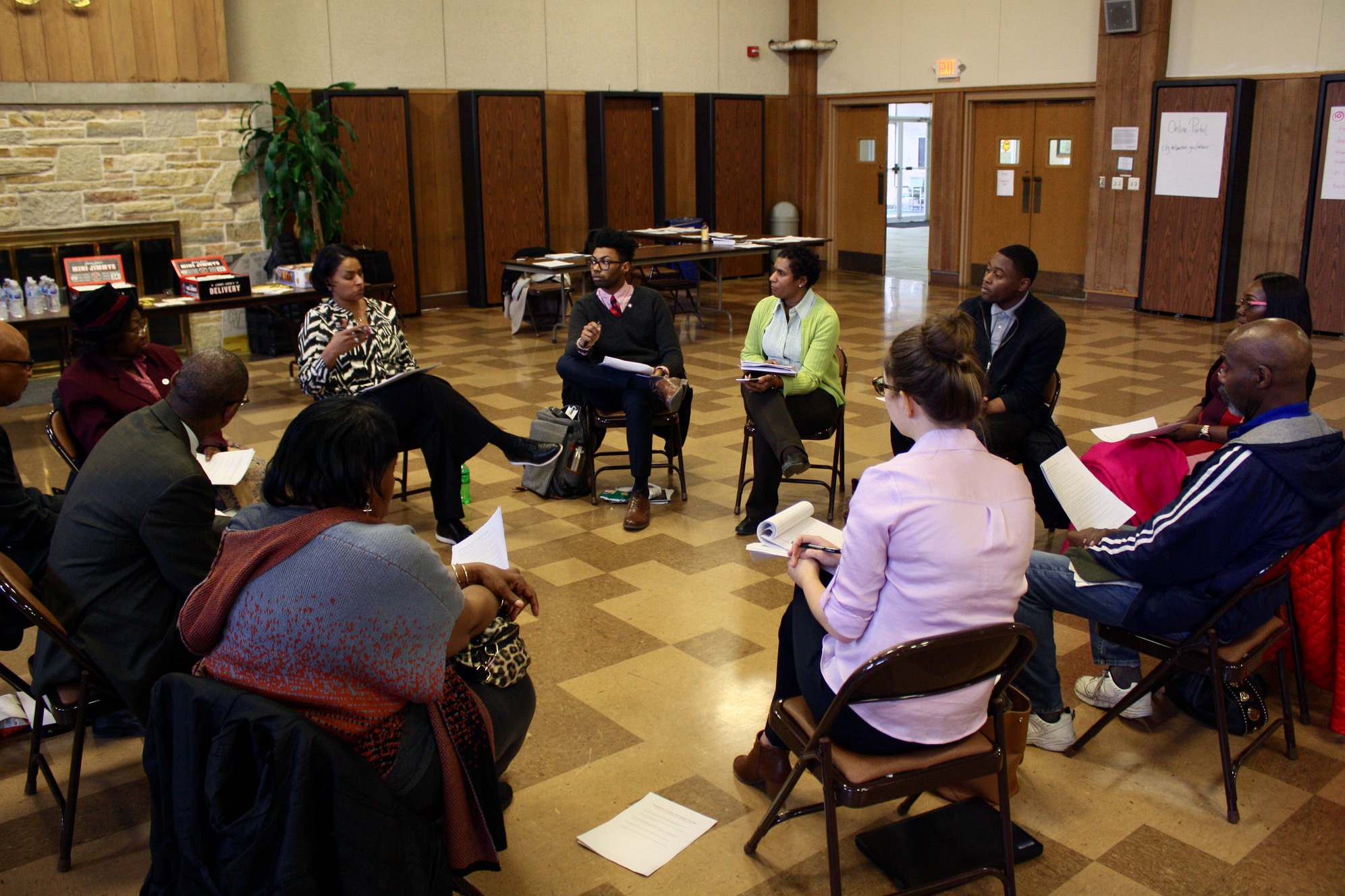 During the tenure of recently departed Chief Edward Flynn, the Milwaukee Police Department was involved in a number of high-profile incidents that have whittled away at its already tenuous relationship with residents. The department has also been sued  for allegedly conducting pedestrian and traffic stops that disproportionately affect people of color and violate their constitutional rights.

One of the ways to begin rebuilding trust, community members said at two recent community events, is for the Milwaukee Police Department to hold officers accountable for interactions with community members. African-American Roundtable Director Markasa Tucker, chair of the Milwaukee Collaborative Reform Initiative’s community committee, added that police must be willing to work with the community to address the root causes of violence.

“Clearly what they’ve been giving us is not what’s needed,” she said. “It’s not working.”

The events, held at the Washington Park Senior Center, 4420 W. Vliet St., and Wisconsin Black Historical Society, 2620 W. Center St., focused on identifying solutions to issues identified by the U.S. Department of Justice (DOJ) draft report, leaked late last year. The report was the only tangible outcome of a months-long collaborative reform process initiated by MPD in early 2016 and ultimately buried by the Trump Administration. Community groups have since taken the lead on gathering resident feedback, with the hope of securing changes to police policy. 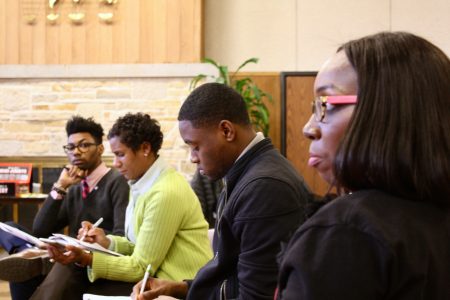 Nikotris Perkins, 33, who grew up in the central city and lives near North 45th and West Center streets, said the Community Liaison Officer (CLO) in her neighborhood “knows the community” and is a valuable resource for residents. However, she said every officer should engage with the community in that way.

Perkins, who recounted occasions in which she felt officers approached her out of suspicion, added that she wishes they would be more inquisitive and helpful.

“That’s a different approach than, ‘You’re clearly doing something wrong and I caught you,’” Perkins said. “That’s not usually the approach I’ve felt with police.”

And LaQuan McMahan, 22, who also attended the Washington Park Senior Center discussion, said he would like police to listen to people’s stories and take into account the effect a particular action will have on the individual involved.

MPD Acting Assistant Chief Ray Banks, who was promoted when Alfonso Morales was named interim chief of police, said MPD is creating a department-wide community policing strategy. He added that officers will be trained on community policing practices, reminded of their responsibilities in daily roll calls and evaluated on those measures.

“All of those things are coming,” said Banks. “In order for our organization to be successful, we need community input.”

However, the complaint process — the primary vehicle for regular feedback — has been criticized by residents as largely ineffective. Residents who attended the Black Historical Society hub said that complaints are not handled in a timely manner and MPD does not follow up with those who make complaints. The group agreed that the department should have standard guidelines for how long it should take to resolve a complaint. And Tucker said perhaps an independent person, not employed by MPD, should take complaints at every district office.

McMahan added that there should be a mechanism to incorporate feedback outside of the complaint process. He suggested that MPD officers be reviewed annually based on feedback from residents, solicited by “a trusted group of people who are elected by the community.”

He added that this approach might be “a way of circumventing the nuances of implicit bias” because officers would answer directly to the people they are policing.

Tucker said that accountability must begin immediately. She expects the Common Council, Fire and Police Commission and MPD to honor the community’s recommendations, adding that feedback will not end with this process.

“We want to see police policies change,” Tucker said. “2020 [is] around the corner — people are going to remember,” she added, referring to the mayoral and Common Council elections.

Tucker said there will most likely be more community feedback hubs scheduled in early April, which will focus on youth. The Fire and Police Commission will take feedback online at least through mid-April.

Andrea Waxman contributed to this story.