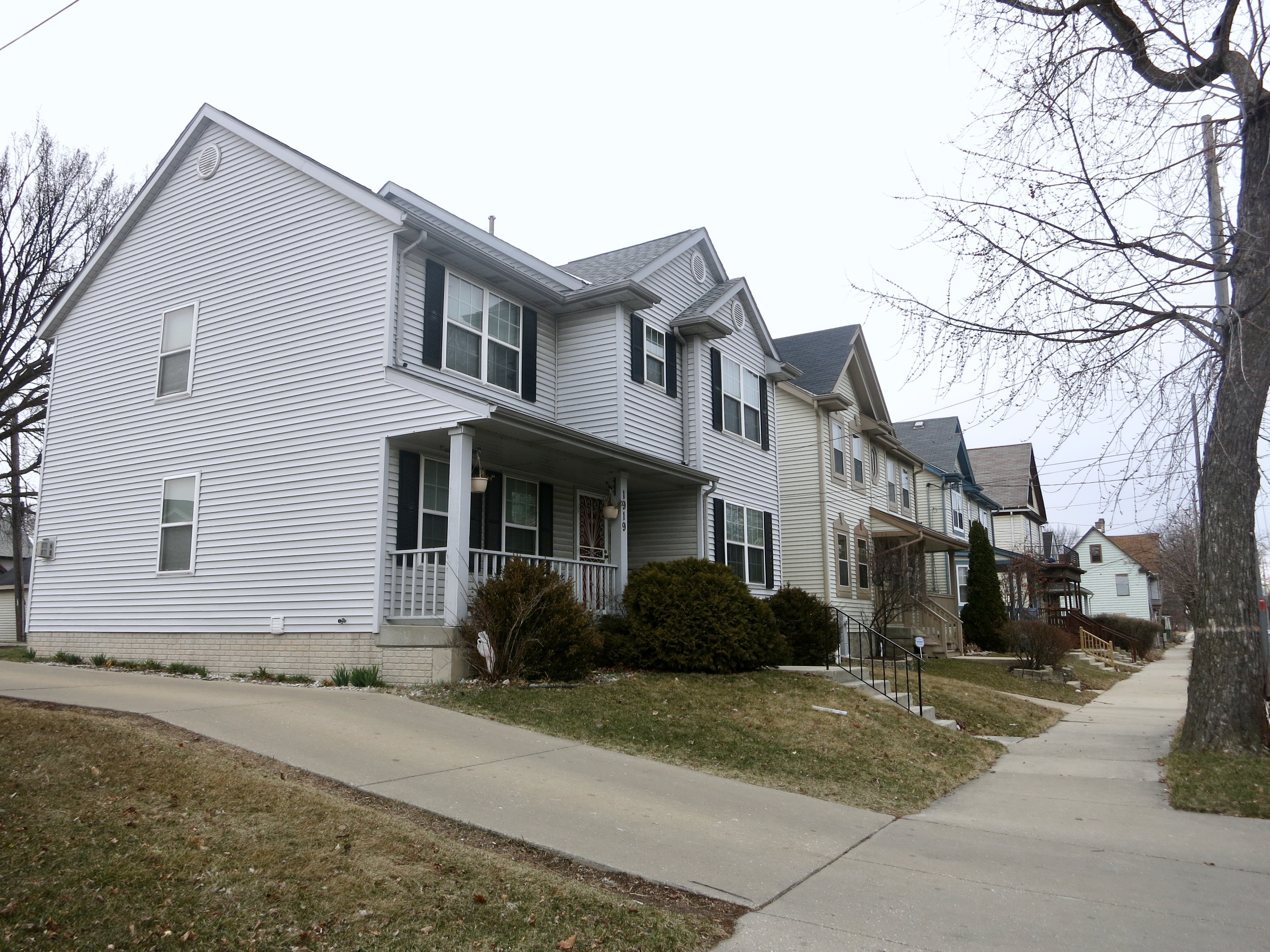 Homes on the 2100 block of Vine Street may be eligible for the Habitat Midtown project. (Photo by Talis Shelbourne)

Lamark Jackson used to watch his children from the window of his house on 24th Street.

As a single parent, Jackson appreciated the Midtown neighborhood’s sense of togetherness.

“I lived there about 15 years,” he said. “It was nice then because everybody knew everybody. People used to get together; the neighborhood watched out for their kids.”

Jackson, who now lives in a different house in the neighborhood, said he hopes to qualify for a home through Habitat for Humanity’s Midtown 100 initiative, to help revive Midtown’s sense of community.

As part of its Midtown 100 project, Habitat for Humanity is preparing to build or rehabilitate 100 homes from 21st and Garfield to 29th and Vine.

Habitat Development Director Andy Heuer said the organization plans to invest about $10 million on the project, which is intended to create more housing and improve Midtown’s reputation. 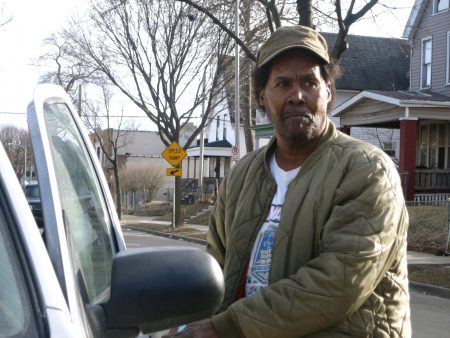 “Our goal is to build 65 new homes, rehab 15 homes [and perform] critical repairs on up to 20 homes, maybe fixing a roof or foundation,” Heuer said. “A hundred families, 80 new home-ownership opportunities and 20 renovations — that makes a significant impact in that neighborhood.”

Latrisha Williams, who’s been living on Vine Street for less than a year, is hoping the Habitat project will reduce crime.

Jackson agreed, noting that the loss of neighborhood elders has contributed to Midtown’s rough reputation.

Habitat representatives consult with local elected officials, as well as homeowners and other community members, before delving into a project. Applications are submitted by lead organizations within each community. Washington Park Partners submitted the application for Midtown.

Jake Brandt, Habitat’s director of marketing & communications, said the organization chose the Midtown area because “we saw an opportunity to transform blocks of empty lots into rows of safe, affordable homes in an area of the city where there is a clear need for more affordable housing.”

Heuer said he hopes the project will make Midtown a safer place. The organization spent six years developing homes in Washington Park, where stronger community ties reduced the crime rate by 46 percent, according to Heuer.

Corey Hult, 25, who has spent nine years living in a house at 20th and Vine, said that he hopes new Habitat homes will change Midtown’s image and bring the community together.

“Right now, everybody just does their own thing,” he said. “[Redevelopment] would make the neighborhood look better.”

Williams said new housing – with new neighbors – might make it worth staying in Midtown.

“The neighbors here, the older ones, I love them. It’s those little young hoodlums that need to move on out of here,” she said.

Williams applied to become a Habitat homeowner because she wants to move out of public housing.

“With me being [in] government housing, I can’t protect my house because they put restrictions on what you can have,” she explained. “You can’t have cameras, you can’t have big dogs. But if it’s my own, I can do that.”

If she isn’t chosen for a Habitat home, Williams said she would leave Milwaukee.

Habitat homeowners are selected through an application process and must fulfill requirements such as being employed, attending financial literacy training and volunteering 300-500 hours of “sweat equity.” Families typically pay $450-$600 in mortgage and property taxes.

Brandt said Habitat works in tandem with communities in a mutually beneficial way.

“First and foremost, we want to learn from these communities — what are their needs and what they see as necessary for their communities to grow,” he said. “It’s not us just coming in and saying, ‘This is how we do things.’”

Jackson said he hopes new homes will bring the neighborhood back to what it was like when he was a child.

“My mom worked at Goodwill and we used to go ice skating. A lot [has] happened,” he noted. “[But] I think it would be good; I would like to get a house of my own.”