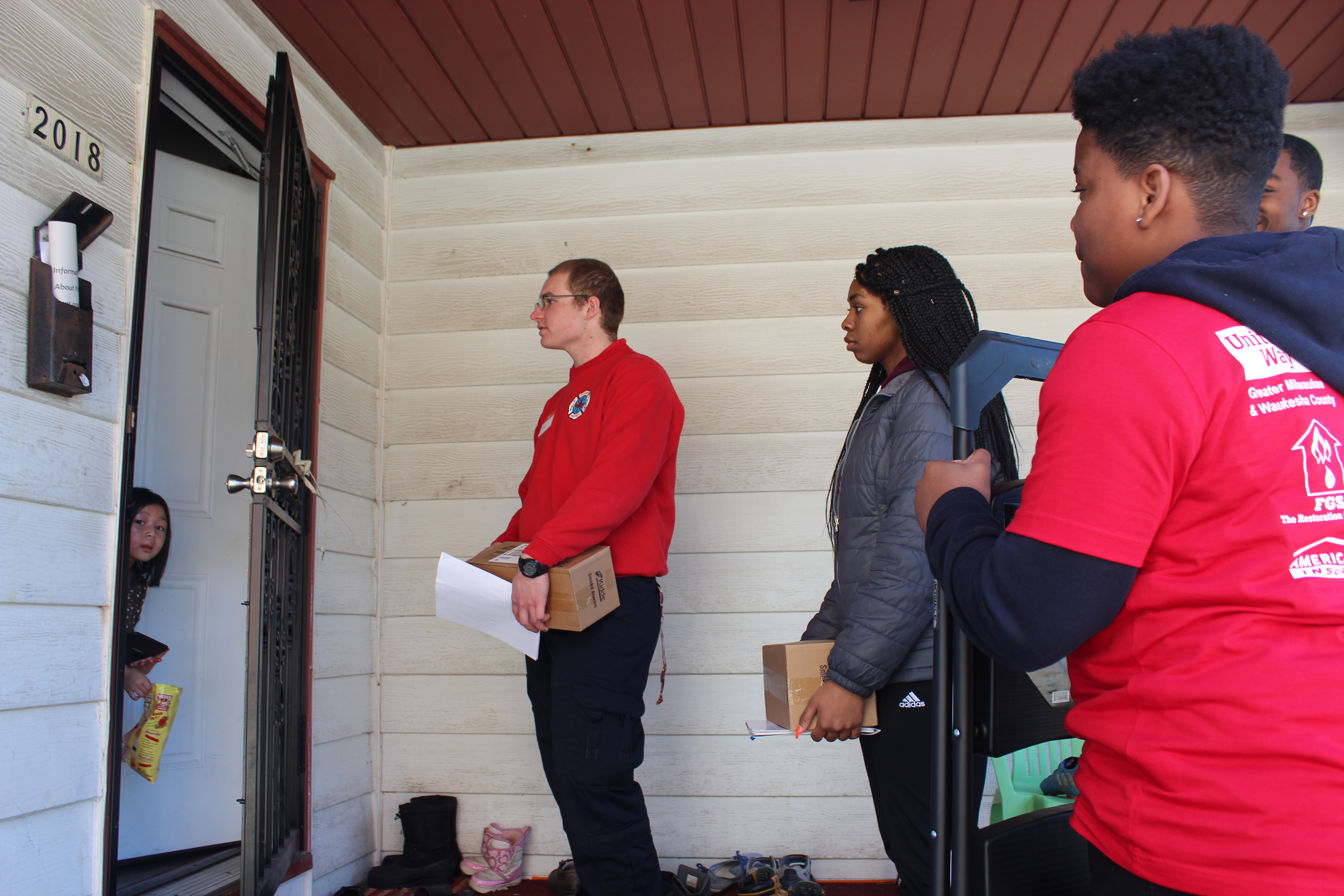 Pat Sweeney has never forgotten the day she arrived at her parents’ house to find it in flames. The top floor of the house she grew up in was destroyed, and her parents sat outside, wrapped in blankets.

“The only thing that saved them was the “blood-curdling, high-pitched sound of the smoke alarms,” she said.

“I got out of the car and my knees got weak because I thought of what could have happened,” said Sweeney, who is now a director at Harley-Davidson. “And they made it out because of the smoke alarms.”

“Sound the Alarm, Save a Life” was held at Harley-Davidson, 3700 W. Juneau Ave., as part of an American Red Cross national campaign to install 100,000 free smoke alarms in 16 days. Red Cross of Wisconsin partnered with Harley-Davidson, Milwaukee Fire Department, University of Wisconsin-Milwaukee, Manpower, Snap-on and Near West Side Partners to recruit  280 volunteers and install more than 700 free smoke alarms in Milwaukee neighborhoods.

“I think sometimes people don’t think about smoke alarms because they have never had a fire,” said Michael Ball, fire lieutenant and community relations director for the Milwaukee Fire Department. “It’s so critical [to have smoke alarms] and yet every day we find people who don’t have them.” 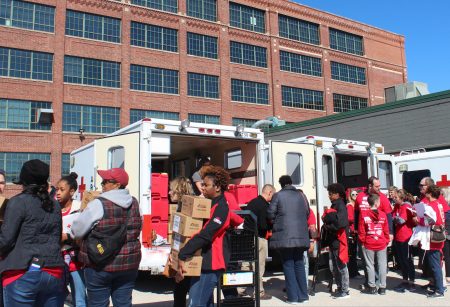 Volunteers line up to get smoke alarms from American Red Cross before heading out into city neighborhoods. (Photo Margaret Cannon)

Volunteers were divided into groups and were led by a fire cadet into residential neighborhoods on Milwaukee’s Near West Side, including Washington Heights, Washington Park and Cold Spring Park to test, install and replace smoke alarms, as well as to teach families about creating escape plans in the case of a fire.

Justin Kern, chief communications director for the Red Cross of Wisconsin, said he hopes the event prepares people and creates a ripple effect to get people talking about fire safety.

“Last night, in this neighborhood [Martin Drive] alone, there were three house fires,” said Kern. “We want to make sure that people have the right stuff in place so that they feel safe and protected.

Vanessa Pierce, 31, and her daughter Jessenia, 12,  from Waukesha, volunteered at the event. Pierce said she likes to give back to the community and be an example for her daughter.

“I wanted to show her how much effort you can put into helping others around you,” she added.

Congresswoman Gwen Moore flew home to Milwaukee from Washington, D.C., to speak at the event. She said the personal attention volunteers are giving to Milwaukee residents by knocking on doors is going to make a difference.

“You are going to save somebody’s life,” said Moore.

Lazavia Jackson, 17, and Angel Jackson, 16, are students at Alexander Hamilton High School and volunteered at the event. Their mother works for Manpower and they thought this would be a good way to get some service hours.

Angel said she was just accepted into her school’s National Honor Society, which requires volunteering for 50 hours. “I’m going to take any volunteer hours that I can get,” she said.

The two were paired with fire cadet Evan Jaksic, 19, and drove to 20th Street and W. Juneau Avenue to start knocking on doors.

“The end goal of all of this is just to keep people safe,” said Jaksic.

Thanks to the Home Fire Campaign, which started in 2014, more than 400 people have been saved from injury or death in home fires, according to the American Red Cross.