You are here: Home / Neighborhoods / North / Amani / ‘Dr. Carter’ recognized with honorary street sign at 24th and Burleigh
Share this... 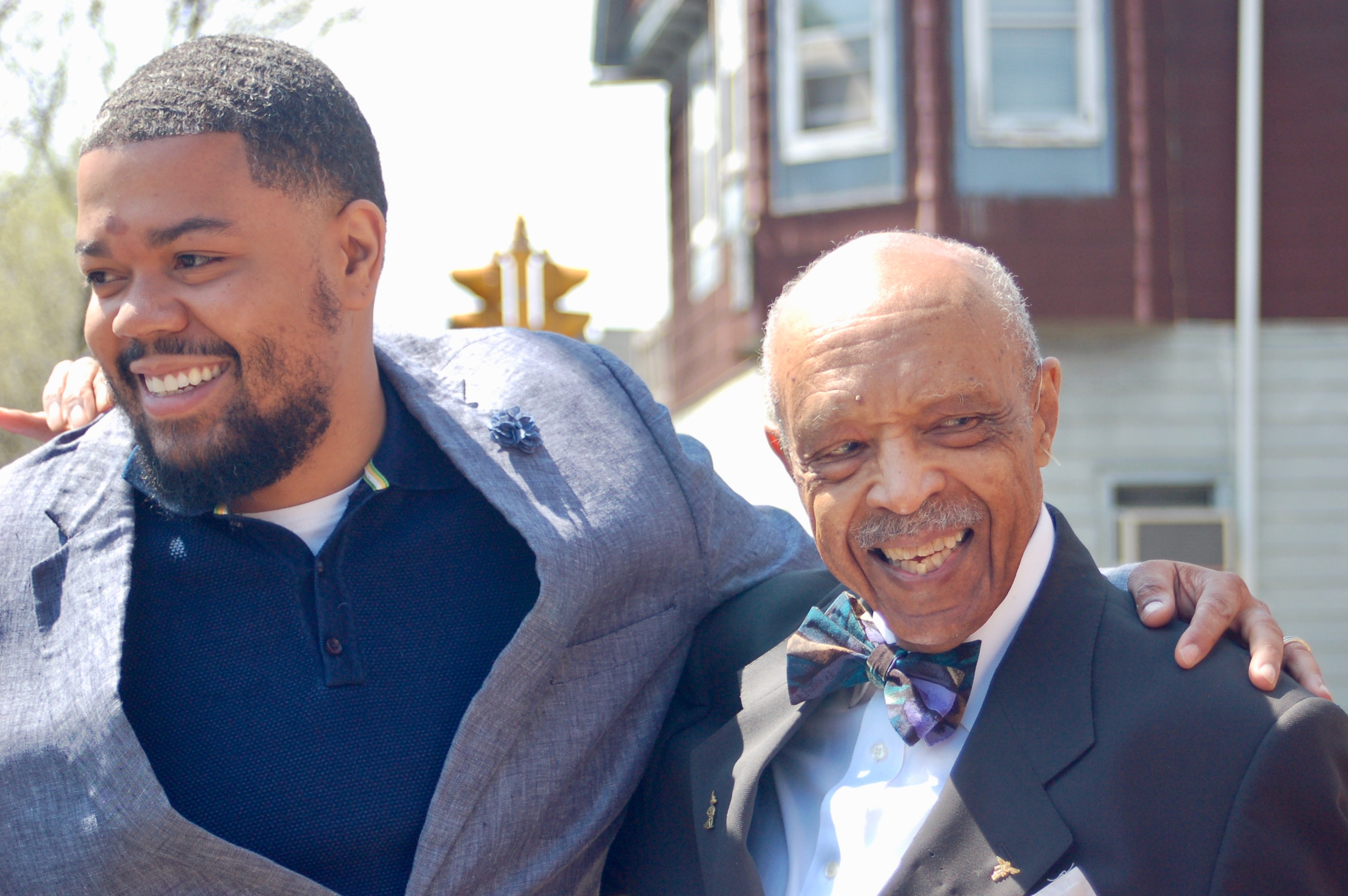 Ald. Khalif J. Rainey (left) and Lester Carter are all smiles before the ceremony. (Photo by Jenny Whidden)

A crowd gathered at 24th and Burleigh Streets late last week to celebrate Lester Carter, a pharmacist hailed as a father figure in the Amani neighborhood on the North Side.

Known as “Dr. Carter,” the druggist was honored with a street naming ceremony outside of Carter Drug Store, which he opened 50 years ago. The sign reads “Honorary Dr. Lester Carter,” and it now hangs under the 24th Street sign directly outside the store.

Alderman Khalif J. Rainey, who coordinated the event, reflected on Carter’s impact on the community.

“Not only do you come to Dr. Carter’s drug store to get a prescription for whatever your ailment is, but he’s also a source of inspiration,” Rainey said. “When you leave this door, you’re going to feel better before you even take that pill or you apply that ointment.”

Though Carter sold his store to Hayat Pharmacy in 2014, he still works there three times a week.

“I am overwhelmed. I never dreamed in my lifetime that I would ever be in this type of group, honoring just an old community druggist,” Carter said.

Charles Jones, a salesman at the drug store, was hired by Carter at 17 years old. Now 67 and still employed at the store, Jones said Carter truly deserves the honorary street sign. 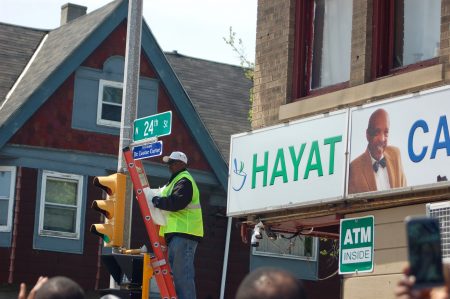 “I am just broken up with joy about this,” Jones said. “Mr. Carter really does deserve this honor. He has basically taken care of this city and many others for 50 years. I feel like he’s raised us all.”

Carter went to Creighton University, where he graduated from the School of Pharmacy in 1958. In his remarks, he emphasized his philosophy of using education to uplift a community.

“When I speak to different pharmacy schools and medical schools around the country, I try to leave them with one thought in mind,” Carter said. “[Did] you ever stop to think that you might want to consider using all of this [education] to raise the quality of life and improve the quality of life of the people you are serving who need help?”

Carter said he has treated families through third and fourth generations. Nicole Thompson belongs to one of those families.

“My grandmother, my great aunt both like basically live and breathe Dr. Carter,” Thompson said. “If anything went wrong, we were at Dr. Carter’s.”

“If people don’t come here for medical healing, sometimes they just come here for internal healing, spiritual healing,” Thompson said. “If nothing else, people just respect him as an elder in his community. He definitely, as you can see, has won the love of so many. He’s just an overall great gentleman.”

Milwaukee Mayor Tom Barrett told the gathering that it is important to recognize people in the community who make it a better place to live.

“He (Carter) was told that he wasn’t going to last six months in this neighborhood,” Barrett said. “Whoever told him that was correct because he didn’t last six months, he lasted nearly 50 years.”

Added Rainey, “When you talk about 53206, we hear a lot about the statistics. Those statistics often strip the humanity from a neighborhood.”

Carter is a “treasure” of the 53206 community who defies those statistics, Rainey said.

“What we’re doing right now is really setting some hallmarks, identifying what we’re about in this neighborhood: what we respect, what we cherish, what we value, and certainly that’s Dr. Carter.”