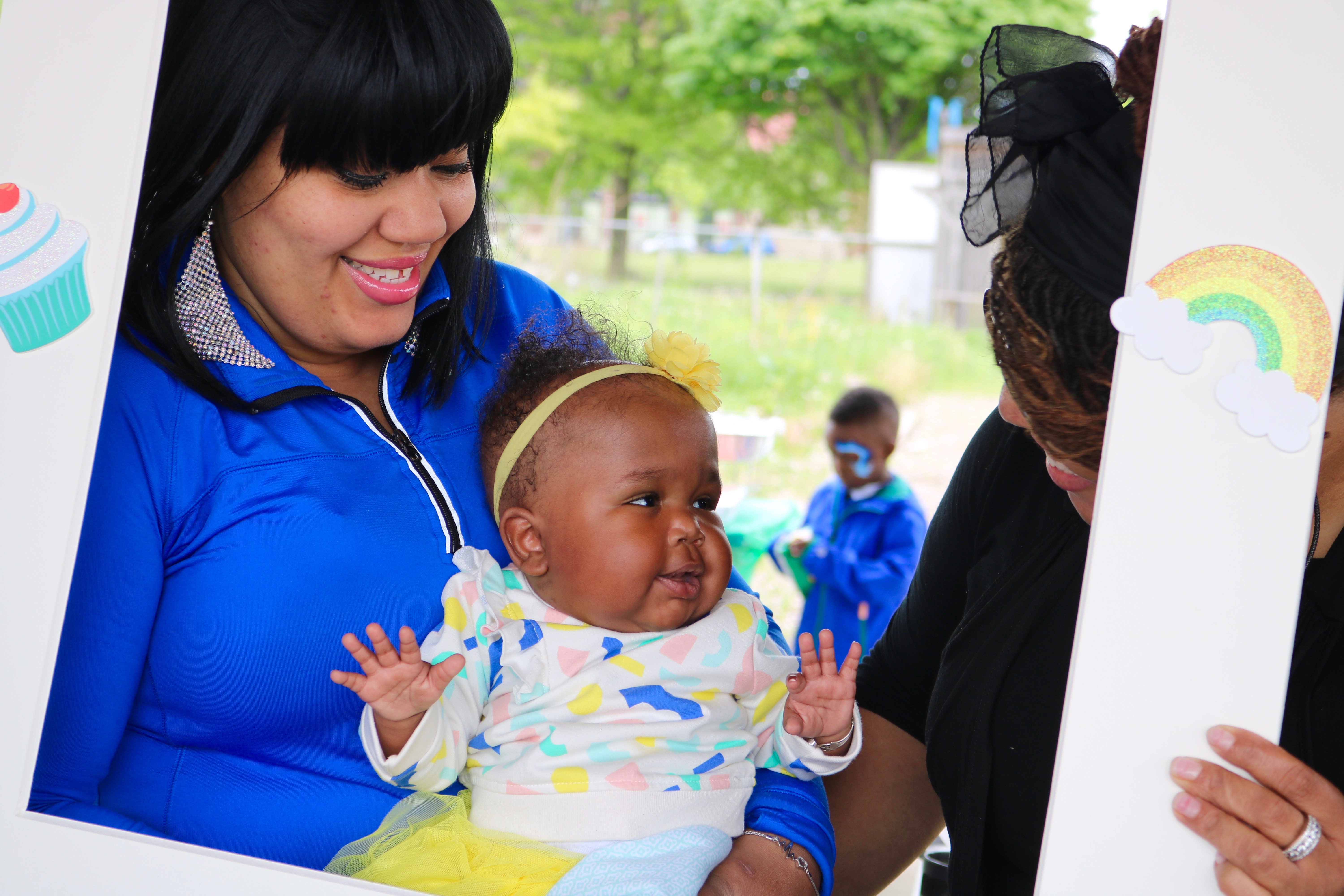 Addyson Terry, held by her mother, Kendra Terry, spent her first 10 months in the hospital recovering from a heart transplant and other complications. (Photo by Sophie Bolich)

A cold and rainy forecast wasn’t the ideal weather for a summery outdoor party, but the conditions didn’t stop community members from celebrating a milestone that many take for granted: baby’s first birthday.

“It’s the opportunity to showcase our babies, our little people,” said Kenmikiiya Terry, a public health social worker who helped organize Look Who’s Turning One, a party held at Alice’s Garden to celebrate all Milwaukee babies who reached their first birthdays in 2018.

Addyson Terry, Kenmikiiya’s Terry’s niece, was named guest of honor after spending her first 10 months of life in the hospital recovering from a heart transplant and other complications.

“It was a very rough pregnancy and they encouraged my sister to terminate the pregnancy,” said Addyson’s uncle, Najuan Brown. “She beat the odds. When I would see her sometimes, she would have her fists up. And I thought, this girl is a fighter.”

Terry explained that although Addyson’s situation was extreme, Milwaukee’s high infant mortality rate is a crisis that affects many people, especially those in the inner city.

“The biggest concern right now is the lead crisis in the city of Milwaukee,” she said. “It’s not even just in the water and paint, but the road construction is causing lead to come back into the air and the environment.” Infants and children are especially susceptible to lead poisoning, and unborn babies are at risk for lead poisoning from their mothers. 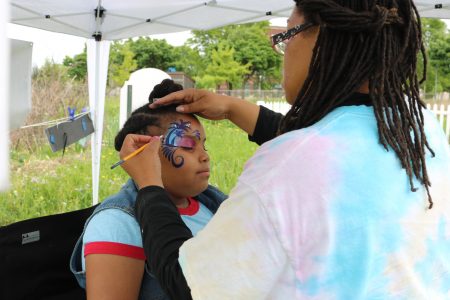 Health educator Marques Hogans said that infant mortality rate has a significant impact on inner-city neighborhoods. “Getting through a year of life is a milestone, especially for the black community,” he noted, adding that the quality of care is not comparable to that in suburban communities.

Hogans said his goal is to focus on culturally responsive training for physicians and funding for research to lower the infant mortality rate.

“The more support we have in the black community, the better chance that we have of our children succeeding,” he said.

In 2015, 73 percent of white women received care in their first trimester of pregnancy, with 58 percent of Hispanic women and 56 percent of black women receiving the same care, according to the Milwaukee Health Department’s most recent infant mortality report.

The report also shows that in 2015 the infant mortality rate for black women, 13 percent, was more than three times that of white women, at 4 percent.

“That’s throughout the nation,” said Terry. “There is a racial component in accessing quality care, especially in Milwaukee. It should all be uniform no matter what type of insurance you have, but it’s not.”

That’s why Terry said she’s excited to get families to events such as the one at Alice’s Garden, where they can get information that will help keep their babies strong, and continue to lead the healthiest life possible.

For example, it’s important for parents to understand that an unsafe sleep environment can lead to infant mortality. According to the Milwaukee Health Department’s 2013 Fetal Infant Mortality Review Report (the most recent available), about 15 percent of infant deaths were associated with unsafe sleep.

Starting in June, Terry will provide a series of workshops on prenatal and postnatal wellness for expecting parents.

Also targeting infant mortality in Milwaukee are projects such as the Lifecourse Initiative for Healthy Families, a collaborative coordinated by United Way of Greater Milwaukee & County. Other programs such as Strong Baby, which connects parents with experts in prenatal and postnatal care, and the Best Babies Zone Initiative, a national program working to reduce racial disparities in infant mortality, also are working to address the problem.

“Just to enjoy and celebrate the life of the children is the biggest goal,” Terry said.