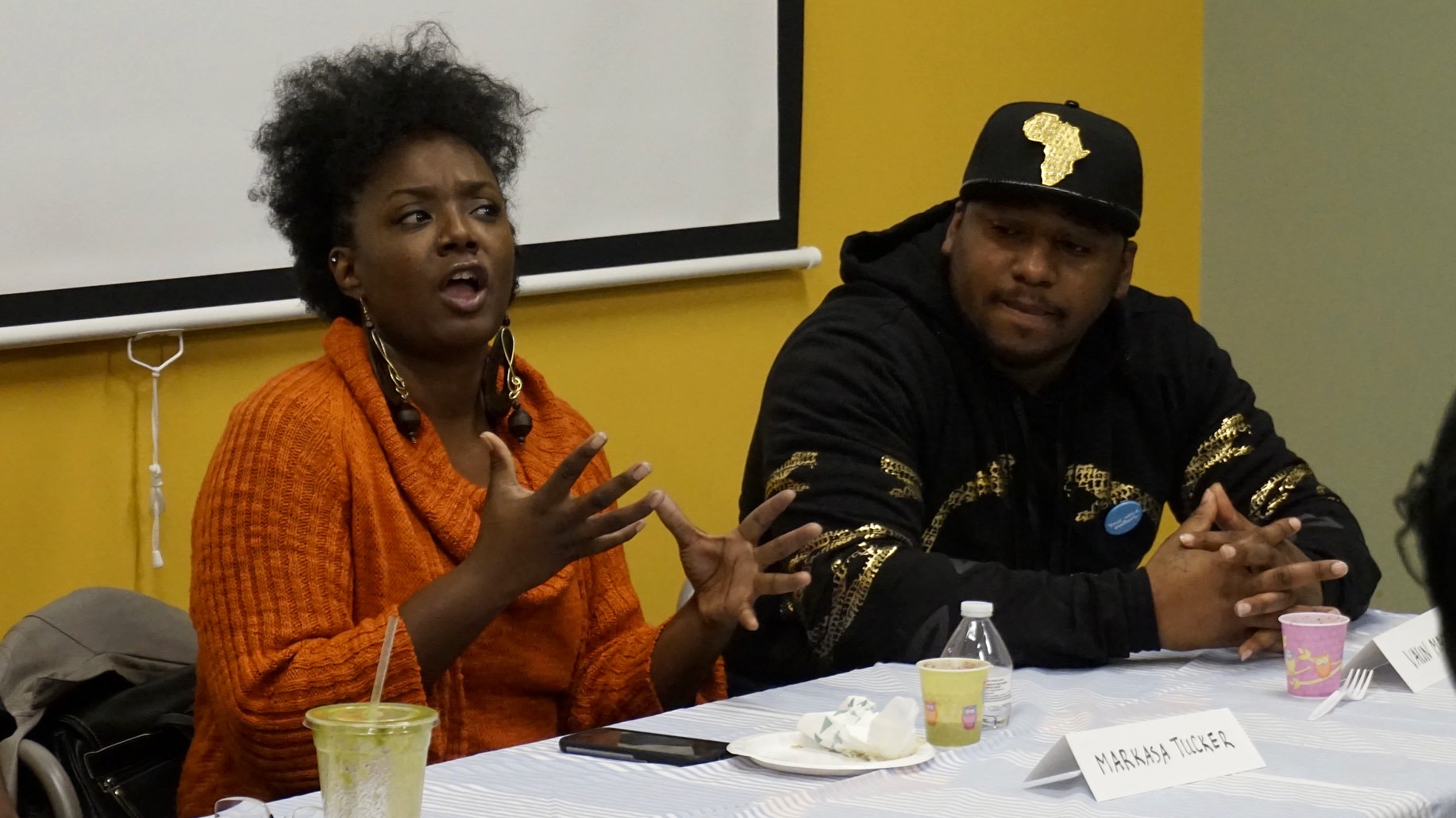 Markasa Tucker (left), seen here speaking at a 2017 NNS panel with Vaun Mayes, hopes the Fire and Police Commission will not “water down” any recommendations from the Milwaukee Collaborative Reform Initiative community committee. (Photo by Elizabeth Baker)

Kareem McKinley, 20, is lucky that police did not shoot him. That, McKinley said, is what police told him after he was arrested May 20 in front of his grandmother’s house on the North Side.

McKinley was about to drop off his newborn daughter when police suddenly surrounded his car. He was going to park, but he said officers thought he was trying to flee. A police vehicle then rammed into the back of McKinley’s car with his daughter still in the back seat, he said.

When McKinley got out of his car with his hands up, he said officers began to pistol whip him and to dig their knees into his body, leaving him with back pain and a gash on his head.

“I was shocked because anyone who knows my son knows he’s quiet and shy,” said Darisha McKinley, Kareem McKinley’s mother. “I couldn’t wait to talk to him to find out what was really going on, but when I talked to him it hurt (me) even more.”

Arrests like McKinley’s are not uncommon, as recent releases of body camera footage from the Sterling Brown incident show. In the videos, officers can be seen verbally and physically harassing Brown. His arrest has brought attention to police brutality and misconduct in Milwaukee, and community members are calling for change.

“Sterling Brown is a victim of what’s really going on in Milwaukee. He’s not exempt. He’s just another black man tormented by the police,” said Tory Lowe, a community advocate for better police relations. 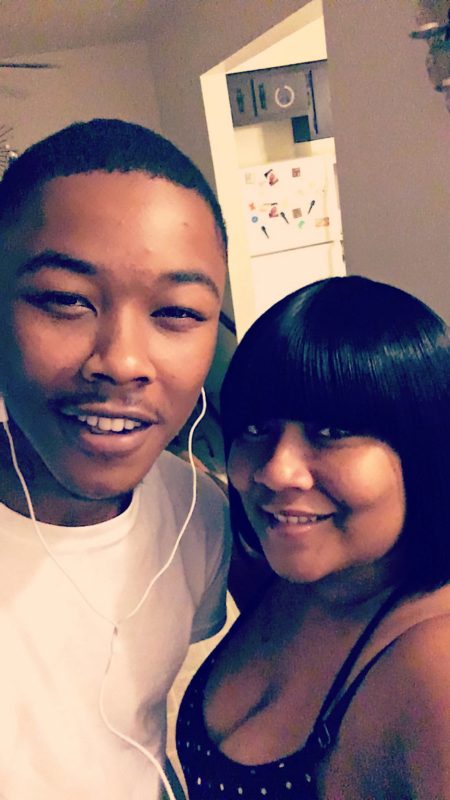 “Yeah, cuz he plays for the Bucks. If he makes a (expletive) complaint it’s gonna be a media firestorm. Any little (expletive) that goes wrong, it’s gonna be ‘oh MPD is all racist blah blah,'” one officer is heard to say on the video footage.

After the release of this tape, the Common Council demanded transparency, and Congresswoman Gwen Moore issued a statement challenging MPD to improve integrity, accountability and community-oriented policing.

“Enough is enough of this culture that tolerates violence by rogue officers and that continues to erode public confidence in our nation’s justice system,” Moore said in the statement. “On the heels of the $1.9 million Milwaukee Police Department ‘stop and frisk’ settlement, the shooting of Dontre Hamilton, and this most recent incident, it is long past time for MPD to make immediate reforms.”

Lowe said he is grateful that the Sterling Brown case is bringing publicity to the issue of police brutality, but he worries about those without the same resources as Brown.

“Sterling Brown got help and the mayor’s apology, but what about the hundreds of people in the city of Milwaukee that don’t have help?” Lowe said. He hopes this case and the response to it will “change some real policies for the people who are most affected,” he said.

Markasa Tucker, director of the African American Roundtable, is working for policy change as chairwoman of the Milwaukee Collaborative Reform Initiative community committee. The committee was formed after a Department of Justice Report was leaked last August, and it aims to provide recommendations to the Fire and Police Commission that reflect the community’s desires. She said she is hoping the committee will be able to include some community responses and suggestions in the 2019 city budget.

Tucker is calling for the Fire and Police Commission to revamp its standard operating procedures to reflect a sterner punishment for police misconduct and abuse of power. During a press conference shortly after the first release of the Sterling Brown tapes, Tucker asked for the firing of officers involved. Despite her request, an officer received a two-day suspension, and 10- and 15-day suspensions were given to two sergeants. Neither sergeant was demoted.

“If we’re talking about a new direction and changing what is happening … I feel like a precedent needs to be set,” Tucker said. “Just as people use black and brown folks to set an example, maybe these officers need to be made an example so other officers know this will not be tolerated.”

Tucker added that it will take more than policy change to improve MPD’s relationship with the community. MPD must get rid of its current police culture, she said.

“It’s about leadership. It’s about people who are willing to speak up and stand up when they see things out of order, even if it may cost them their job,” she said. MPD should replace those who insist on sticking with the old way of doing things and “get a fresh set of folks in who actually have a heart to serve — not just police people.”

Like Tucker, Kareem McKinley’s mother is asking for compassion from police. Although Darisha McKinley said she still fears for her son’s safety, she hopes police relations can improve.

“Behind the badge, they’re still human beings who have hearts and minds, and they need to understand that these people they’re arresting are still somebody’s child and father.”