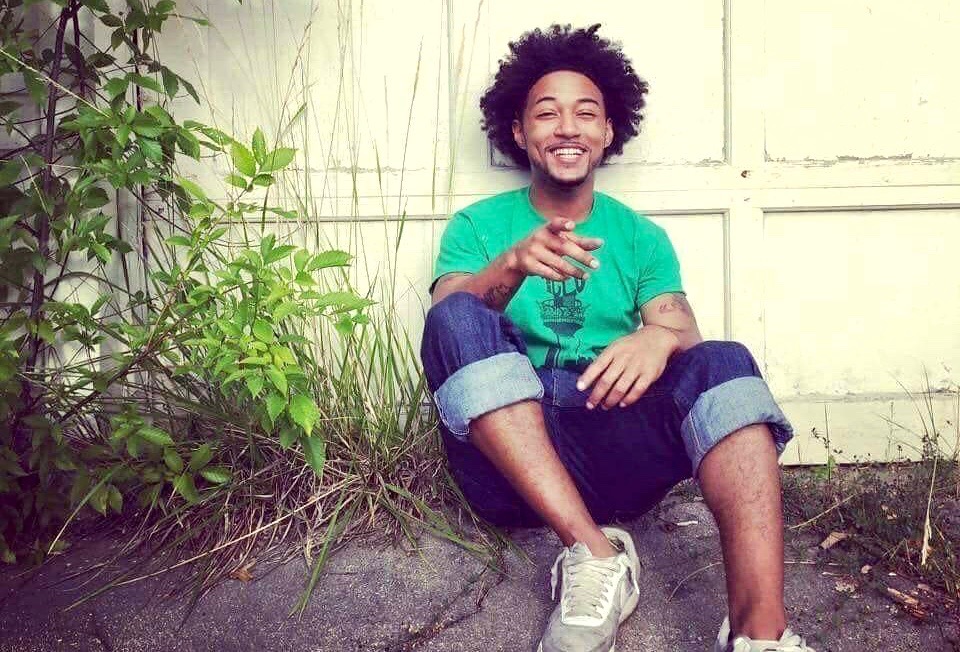 Juan Bernal poses for his friend, Naeem Hunter, in 2015, outside of Hunter’s former home. (Photo by Naeem Hunter)

He was a spoken word poet and a rapper, a leader and a mentor. Often, he could be seen in cargo shorts, a white T-shirt and Nike Air Force Ones, traveling across Milwaukee on his longboard, leather-bound notebook in hand.

On May 28, Bernal “suffered a serious gunshot wound” and died. According to Milwaukee Police Department spokeswoman Sgt. Sheronda Grant, witnesses said Bernal “collapsed after exiting a vehicle and running a short distance in the 3500 block of N. Humboldt” at about 1:30 p.m., Responding MPD officers administered life support to Bernal, who was “unresponsive” when they arrived, Grant said.

MPD is still searching for suspects as its investigation of Bernal’s murder continues, Grant said.

Bernal “basically grew up” at Neighborhood House of Milwaukee, said former employee Jamie Shorts. Other children in its after-school programs and summer camps followed Bernal’s lead. He would stick up for kids who were not being treated fairly, Shorts added. Neighborhood House is a community center located at 2819 N. Richardson Place.

“He was very very close with his siblings … He definitely played a dad role in their lives,” commented Robin Harris, one of Bernal’s teachers at Riverside University High School and his advisor there.

According to Bernal’s best friend and business partner, Naeem Hunter, Bernal was “kicked out” of his mother’s home while he was a Riverside upperclassman and Harris took him in. 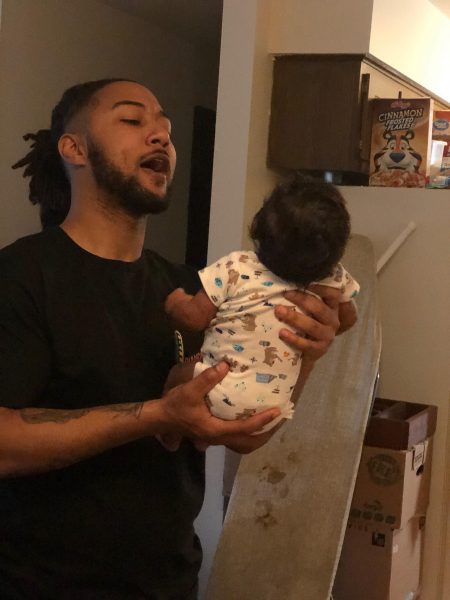 “He was taking care of himself before we even knew what that looked like fully,” said Sierra Bass, a friend from Still Waters Collective (SWC), the organization through which Bernal began writing and teaching spoken word poetry. Another of Bernal’s SWC peers, Marina Johnson, said he grew up fast “out of necessity.”

After leaving his mother’s home, Bernal had to find work and a place to live, provide for his younger siblings and navigate a complicated family life, which “helped him figure out ways to help other people navigate” similar circumstances, said Harris.

Destinny Fletcher, SWC teaching artist and coach, said that people often turned to Bernal for help and advice. She said he was always supportive, telling them, “‘keep doing what you do — keep writing!’”

Bernal played an integral role in SWC. “Juan was definitely an innovator. He was a creative. He was quite funny and he would try to pull all of those things in to create some kind of dialogue through his art,” said Alea McHatten, one of Bernal’s first SWC peers.

When Bernal transferred from Ronald Reagan IB High School to Riverside, during his junior year, he brought the school’s slam team back, said Johnson. When the poetry group needed someone to keep it organized, Bernal stepped in, said Hunter.

“When people were interested in music, he brought them outside of school and gave them a musical safe space,” added Johnson, who called Bernal a “creative place maker.”

According to Hunter, Bernal would secure bus tickets for all of the students and ride home from slams with each and every team member.

Other teachers at Riverside also found Bernal’s leadership to be helpful in special ed and poetry classes, Harris said. Bernal became captain of Riverside’s poetry team during his senior year, and teachers asked him to give in-class workshops.

After graduating from Riverside, Bernal began facilitating and coaching for SWC at the school. Harris noted that Bernal served as a guest teacher in African-American literature and history classes. He led students through discussions and writing exercises based on “The New Jim Crow,” Michelle Alexander’s 2010 best-selling study of the mass incarceration of black people.

Hunter and Bernal had established the Hood Hippie clothing line before Bernal was killed. Hunter said, through Hood Hippie, the two wanted to express the feeling that they had come from nothing but were able to think beyond those circumstances.

Bernal will also be remembered for his revolutionary spirit and the energy he shared. McHatten said, “He was a revolutionary in the sense that he was often very selfless.”

Harris said Bernal recently confided that his last two years were “the longest period of his life where he was the happiest.” She added, “I just feel like he got to experience the joy that he brought (to) other people in the last chapter of his life.”