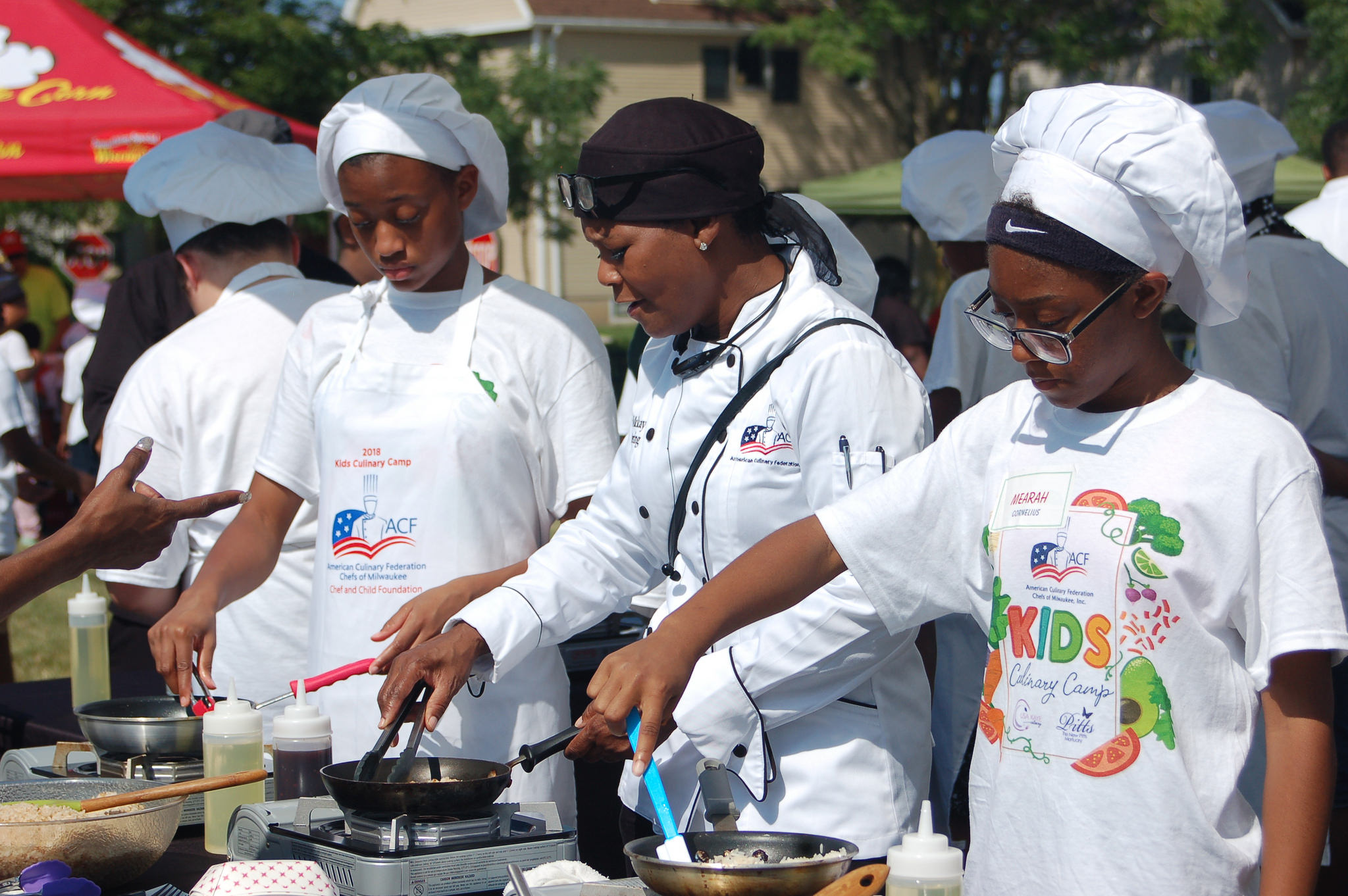 A year after winning the Rev-Up MKE small business competition, Lisa McKay can’t believe how much her company, Lisa Kaye Catering, has grown.

“It has been such a blessing because a lot of the people that we met due to the Rev-Up competition have been utilizing our services,” McKay said. “(My business) has grown so much. We have been meeting so many different people from all walks of life.”

McKay said her business stays busy on the weekends, with birthdays, retirement parties and more, but the trouble spots have always been weekdays. Since the competition, McKay said she has been introduced to more organizations that hold events during the week, and business has increased by 40 to 50 percent.

Seven finalists were announced Wednesday in the third year of the Near West Side Partners’ Rev-Up MKE small business competition.

The finalists will undergo one-on-one mentoring at Marquette University’s 707 Innovation Hub before presenting their business plans at a “Live Pitch Event.” Finalists will go before a panel of judges and a crowd of community members on Sept. 25 at the Rave/Eagle’s Club.

Kelsey Otero, associate director of social innovation at Marquette University, said the judges will choose a winner and runner-up. The crowd selects an audience choice winner each year.

Lindsey St. Arnold Bell, associate director of NWSP, said inviting community members to vote allows them to communicate their vision for the Near West Side. 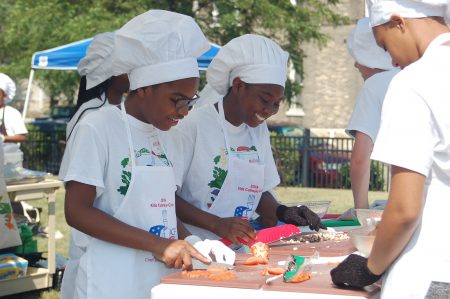 Two kids participate in Lisa McKay’s annual culinary camp at the Near West Side Farmers Market. (Photo by Jenny Whidden)

“There’s a lot of value in recognizing the entrepreneurial spirit of our area, and I think our residents and our businesses really like it too,” Bell said.

“By having this business competition, we’re saying to (residents), ‘You can help shape your community. You can help make your community look the way you want it to look. And hopefully that means you open your business,’” Bell added.

NWSP stays in contact with finalists and winners alike, Bell said. The organization invited past participants to promote their business at the Near West Side Farmers Market. Lisa McKay was the first to sign up, and she hosted her annual kids culinary camp at the market.

“We are definitely connected with winners. We find platforms for them to showcase their goods. The farmers market is a great example,” Bell said.

Otero said first-place winners are expected to move into the Near West Side.

“We work with the winners and anyone else to find the best location for their business,” Otero wrote in an email.

Previous winners include Pete’s Pops, which is opening a storefront on Vliet Street. Lisa Kaye Catering is relocating to Potawatomi’s Wgema Campus on 32nd and State streets.

Amy Narr and Mario Diaz Herrera, finalists in this year’s competition, hope to follow in the winners’ footsteps.

Narr and Herrera, who are married, run Triciclo Peru MKE, a food truck that sells Peruvian empanadas. The couple met in Herrera’s home country of Peru, and they opened their business shortly after moving to Milwaukee in 2017.

While Triciclo Peru focuses on selling empanadas at farmers markets and on the side of the road, Narr said the couple hopes to open a storefront where they can offer more Peruvian dishes.

“(Peruvian cuisine) is exploding in other places, but it’s really not come to Milwaukee quite yet,” Narr said. “Cooking in Peru and food in Peru really just translates to love. That’s the kind of the philosophy that we have, and we would like to translate that to Milwaukeeans.”

Another of this year’s finalists is Razed and Found, an environmental nonprofit and subdivision of WasteCap Resources Solutions Inc., which was a previous Rev-Up finalist.

Razed and Found is located on the Near West Side. The nonprofit operates a warehouse that sells reclaimed building materials and offers deconstruction services.

Founder Travis Blomberg said while Razed and Found is not a traditional business startup, he was encouraged to apply for Rev-Up by the prospect of additional space for operations, financial assistance, community awareness and professional development.

“For this competition, we’re really trying to figure out how to get more community engagement around reclaimed building materials, arts and crafts and the like. That’s why we thought it would be good to put our hat in the ring,” Blomberg said.

For his presentation at the pitch event, Blomberg said Razed and Found will focus on do-it-yourself events that promote more artistic and community-engaged ways to transform material.

“Win or lose, we’re going to continue to help make the Near West Side a destination for businesses,” Blomberg said.

McKay’s main piece of advice to the finalists is to be prepared for their business to thrive.

“Winning Rev-Up Milwaukee is going to bring so much business to them,” McKay said.

Even for participants who don’t win, applying and preparing for the final pitch will help them as business people, she added.

“All the paperwork that we had to hand in — our business plan, our financials — I didn’t have all that ready. I probably wouldn’t have had any of it ready now if I hadn’t been in the competition,” McKay said. “Even if you don’t win, you are going through that process.”