You are here: Home / Home / Carousel / Hip-hop voter registration initiative kicks off with “Our City, Your Vote” event
Share this... 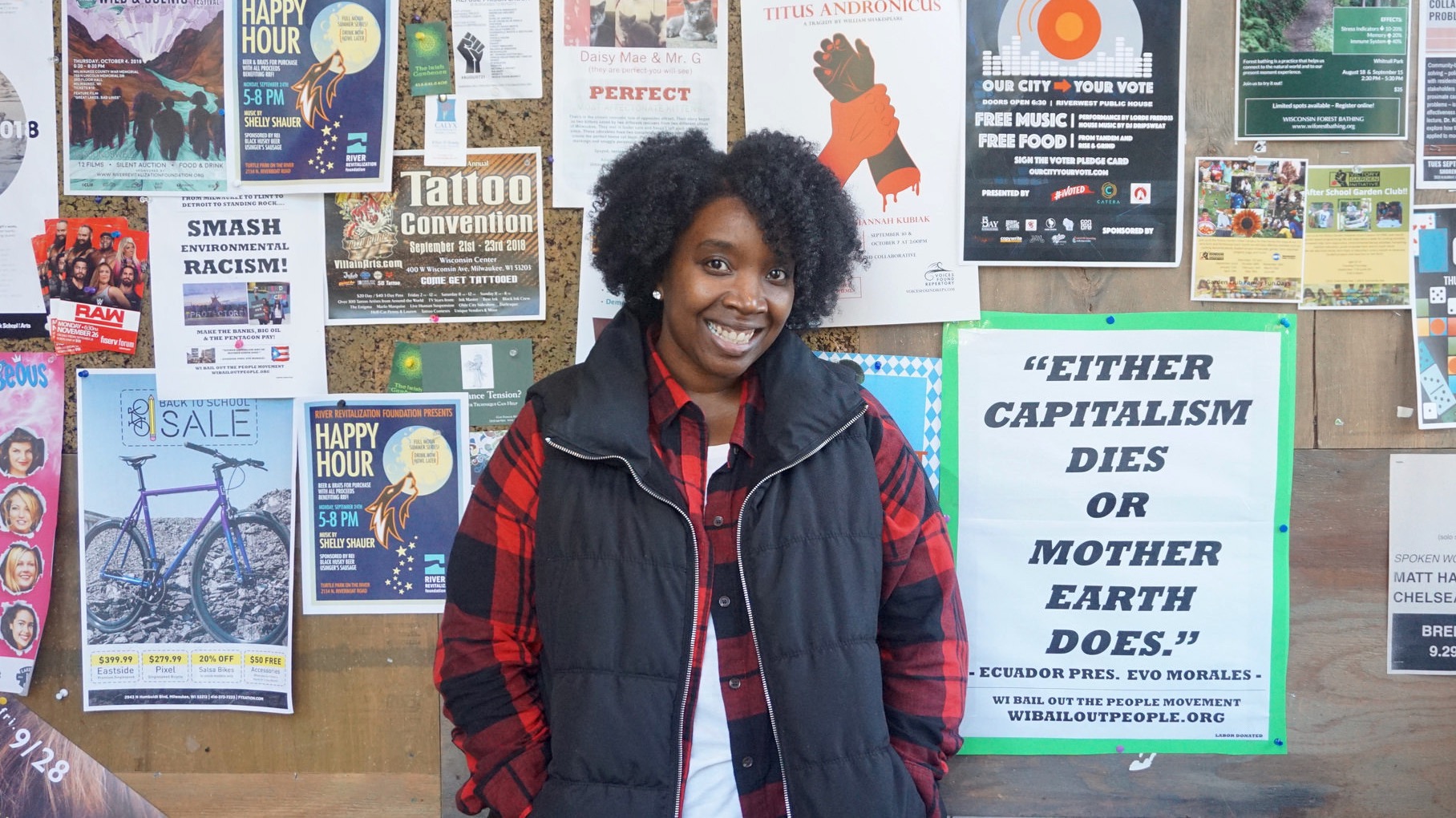 Kennita Hickman, owner of Catera hip-hop branding company, is the creator and curator of Our City, Your Vote. (Photo by Ryeshia Farmer)

As a businesswoman and an alumna of the New Leaders Council Wisconsin, which prepares young people for civic engagement, Hickman wanted to use her experience to increase voting among African-Americans, millennials and hip-hop consumers.

“I’ve had success and have been given opportunities [in the music industry]. That comes with the responsibility to build a better community [for urban artists],” said Hickman, who created the Our City, Your Vote event to engage disenfranchised voters.

Our City, Your Vote is the first music event in a series of Catera’s hip-hop voter registration efforts that will take place through November 2020. It coincides with National Voter Registration Day. Hip-hop, spoken-word and R&B artists will perform, and representatives of nonprofit organizations will register attendees to vote at the event. Catera recently hosted a similar event at Washington High School. 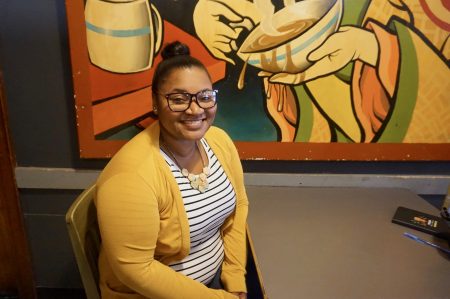 Aftin Warren will open “Our City, Your Vote” with one original selection and one cover song. (Photo by Ryeshia Farmer)

Performers include Lorde Fredd33 and Aftin Warren, and DJ DRiPSweat will provide a house music mix. League of Women Voters of Milwaukee County, a policy advocacy organization; 9to5 Wisconsin, which advocates for working women in the political sphere; and NLC are among the nonprofits that will register voters on site. The Tandem, 1848 W. Fond Du Lac Ave., Rise & Grind Cafe #2, 2737 N. Dr. Martin Luther King Drive, and Delicious Bites, which operates online, will provide food and refreshments.

Through Our City, Your Vote, Hickman aims to “leverage the celebrity of urban artists to impact local elections.” The event is co-hosted by #IVoted, a nonprofit that works to increase voter turnout and celebrate voters during election seasons. The Bay, Reynold’s Pasty Shop, Odd Duck, Contexture, Breaking and Entering, and CopyWrite Magazine are other sponsors.

“It was important for me to engage black-owned businesses,” Hickman said, who added that the event would provide an opportunity for performers and business owners to network.

Aftin Warren, also an NLC board member, hopes the event will engage people in their early 20s who aren’t registered to vote.

“The best way to make change happen is to get involved, register to vote and get informed about candidates and their plans for office,” Warren said.

Hickman said that people are more likely to vote in general elections, but “it is really our aldermen and women, county supervisors and state representatives who have a very large impact in an immediate way.”

Hickman noted that “a lot of voices are missing from the table on local elections.”

To engage those voices, Hickman recruited performers who were having online conversations about civic engagement in communities of color and low-income communities. Future hip-hop voter registration efforts, led by Catera, are expected to be held in community centers, homeless shelters and schools.

Hickman’s goal in hosting Our City, Your Vote and similar events is to get 2,500 African-Americans, millennials and hip-hop consumers to sign voter pledge cards between the Sept. 25 event and the November 2020 elections.