You are here: Home / Home / Carousel / Rev-Up MKE aims to revitalize Near West Side through entrepreneurship
Share this... 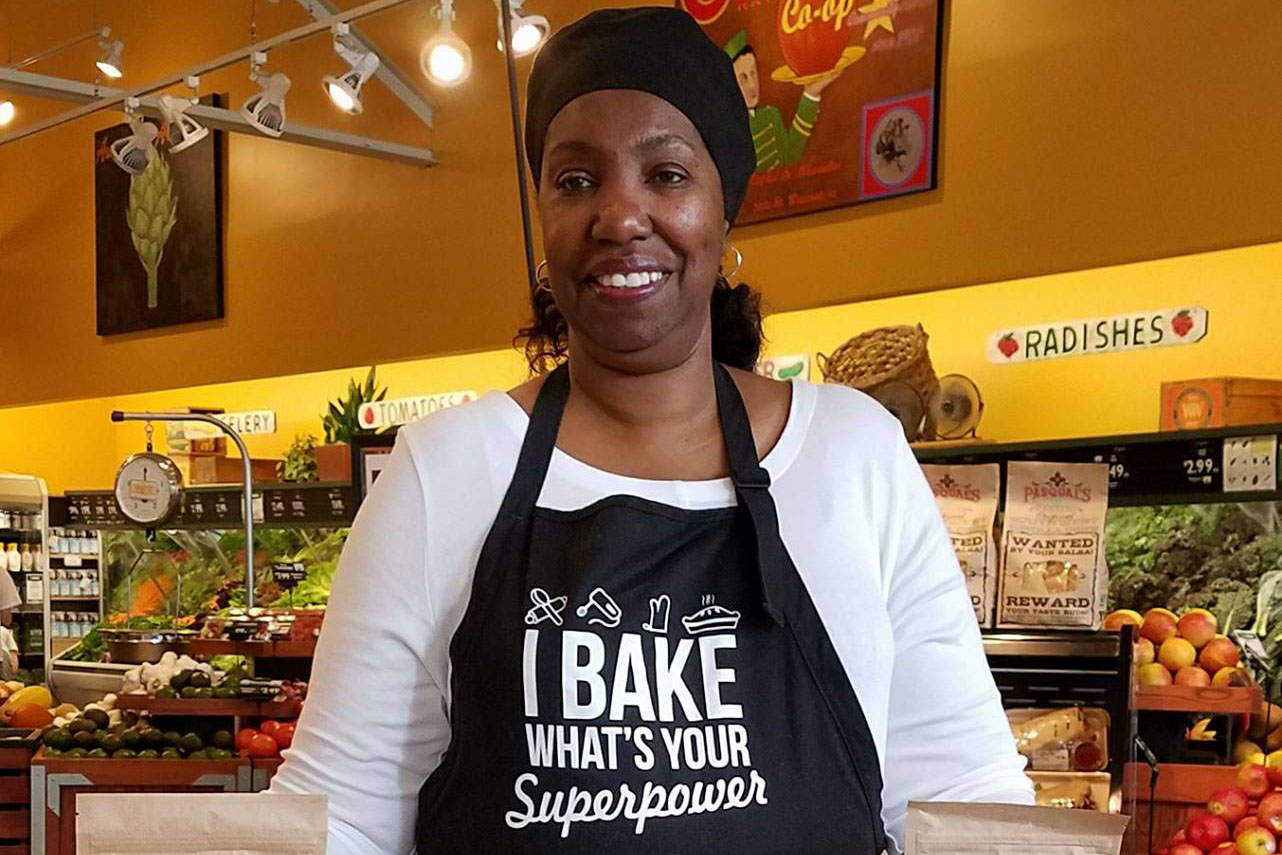 Susie Roberts’ passion for baking organic and gluten-free foods began when her grandson Aiden was diagnosed with Autism Spectrum Disorder at the age of 2. “I started experimenting with gluten-free foods and it really did make a difference in his learning,” Roberts said.

Roberts bought KalyANa Organics in February 2016 to bring baked goods to others whose lives may be improved by the healthy treats.

Roberts was the winner of the third annual Rev-Up MKE, a “Shark Tank”-style competition recently held at the Eagles Club. Finalists competed for a $10,000 prize from WaterStone Bank and mentorship through the 707 Hub at Marquette University, as well as $25,000 in in-kind services, including small business consulting and architectural help. Near West Side Partners also will help her search for a storefront in the neighborhood.

“I never thought in my wildest dreams I would be winning Rev-Up MKE,” Roberts said. “I am a Baby Boomer that didn’t get the memo.” She bought her business at age 59.

Roberts added, “It’s never too late to be what you might have been.” 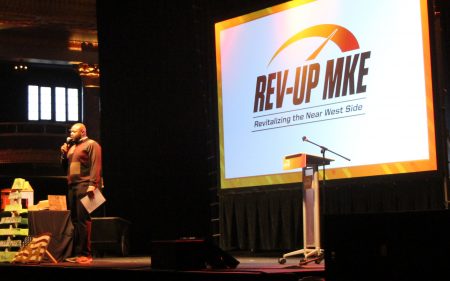 Seven finalists presented their business ideas to a group of judges and audience members at the competition, which was followed by a reception with refreshments from Near West Side restaurants, including Daddy’s Soul Food and Grille, Five O’Clock Steakhouse and 2Mesa Mexican Eatery.

Roberts’ kitchen is in Dousman, 38 miles from her home in Sherman Park. When she found out about the contest, she said it would be better if she could drive only five minutes to work each day.

Roberts uses some of her own recipes, as well as some of the original recipes created by Robyn Wright, who sold her the business. After all, “If it’s not broken, don’t fix it,” Roberts said.

She sells many of her goods wholesale at Outpost Natural Foods and Woodman’s Market in Waukesha. Roberts said she will begin to look for storefronts to move into soon.

All of the finalists received mentoring at the 707 Hub at Marquette University. Robert said that was one of her favorite parts of the competition. “They held my hand and walked me through the process,” she said.

Kelsey Otero, associate director of social innovation at the 707 Hub, said the hub is an integral part of the Rev-Up MKE program. “The 707 Hub was able to open up its doors to the finalists for mentoring and pitch practice opportunities during the summer and early fall leading up to the competition,” Otero said.

Stanley said the judges were looking for talented entrepreneurs to bring business to the Near West Side. “We really try to metaphorically put our arms around these businesses.”

Roberts, who grew up on the Near West Side, said she remembers it being more prosperous. She said there were many stores and cafes, where people used to gather and talk.

“I miss that. In the age of social media, nobody talks face to face anymore,” Roberts said.

Eventually she hopes to open a small cafe where individuals can gather and enjoy coffee or a gluten-free pastry.

Editor’s note: This story has been updated to correct the following quote: “It’s never too late to be what you might have been.” We apologize for the error.